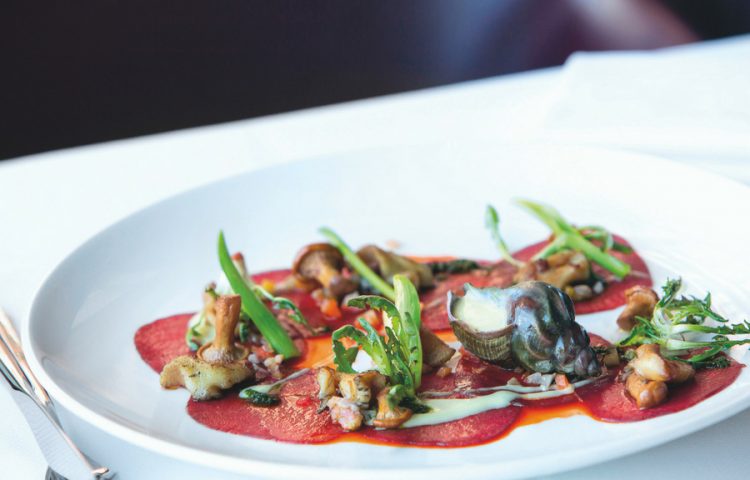 Next time you’re in these cities, reserve a table at these extraordinary restaurants.

One of the perks of travelling is trying out a new restaurant or having a meal at a favourite haunt. And while we try to mix things up by eating at different places — a delicious meal is a delicious meal, after all, even if it’s in a casual café or a fine-dining joint — certain standout places hold a place in our hearts. Here are a few of them. 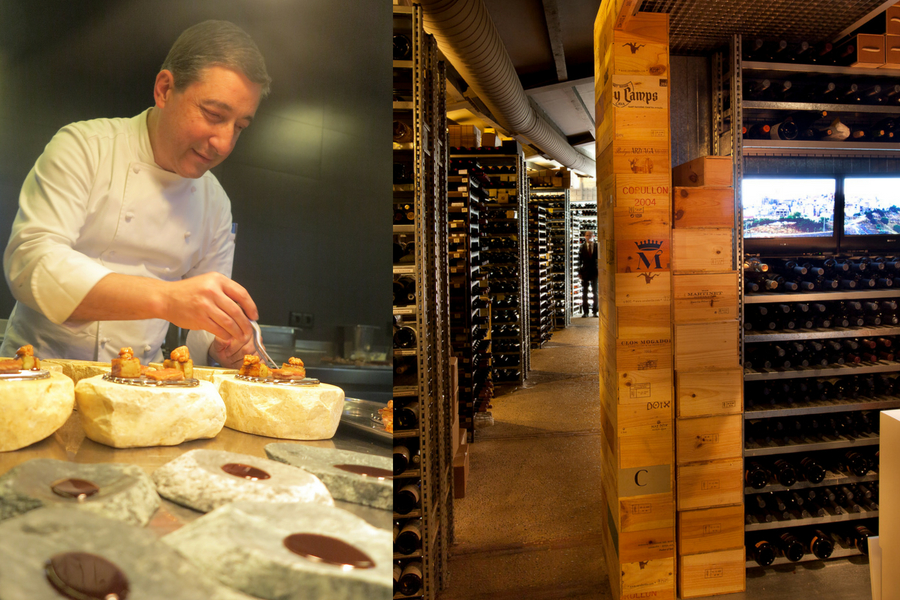 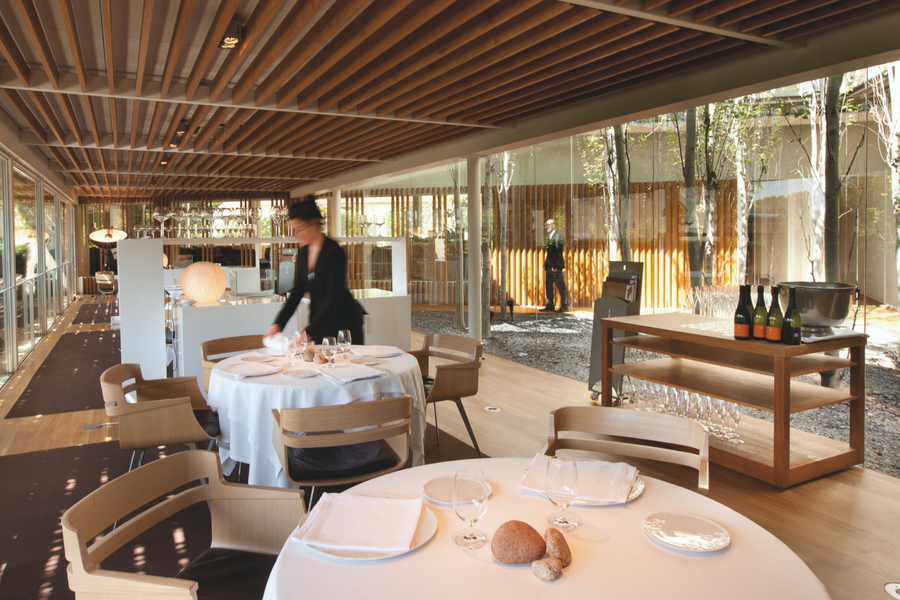 Run by the Roca brothers who were lauded by the 50 Best List as the “Holy Trinity” (we suspect not entirely in jest), this Catalan restaurant takes diners on a multi-course dining experience through global cuisine. What Josep, Jordi and Joan Roca — executive chef, pastry chef, and head sommelier — deliver is an array of dishes exploring a wide range of flavours, some of them very unusual even to the most sophisticated of diners. It’s not just the food that’s on point here. Equal attention is given to the hospitality and warmth of the service and the atmosphere as it is to the food. What’s unique about the restaurant though is the sheer range and versatility of flavours on offer. In this restaurant, diners leave satisfied, but already planning for a return. There’s the rub though: The waiting list is said to be 11 months long.  cellarcanroca.com 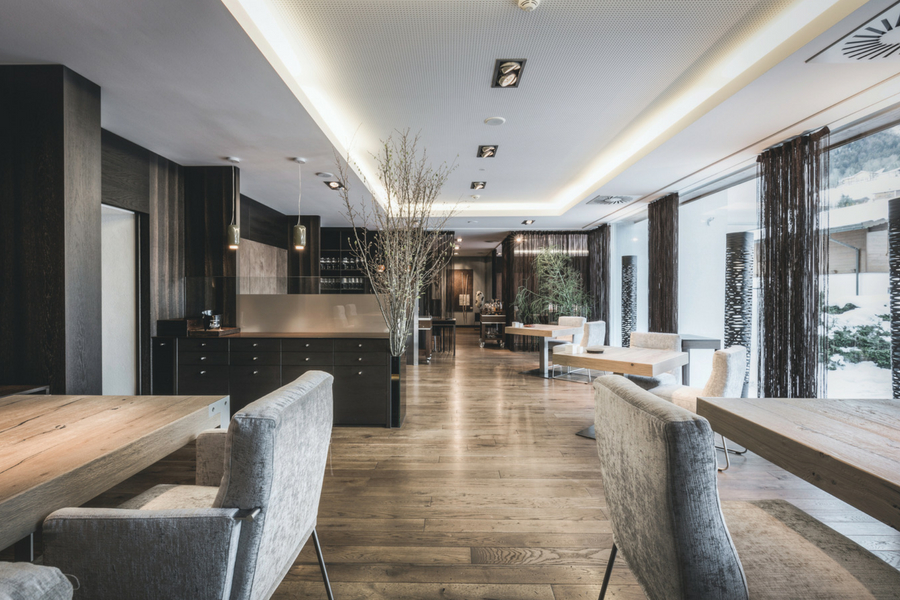 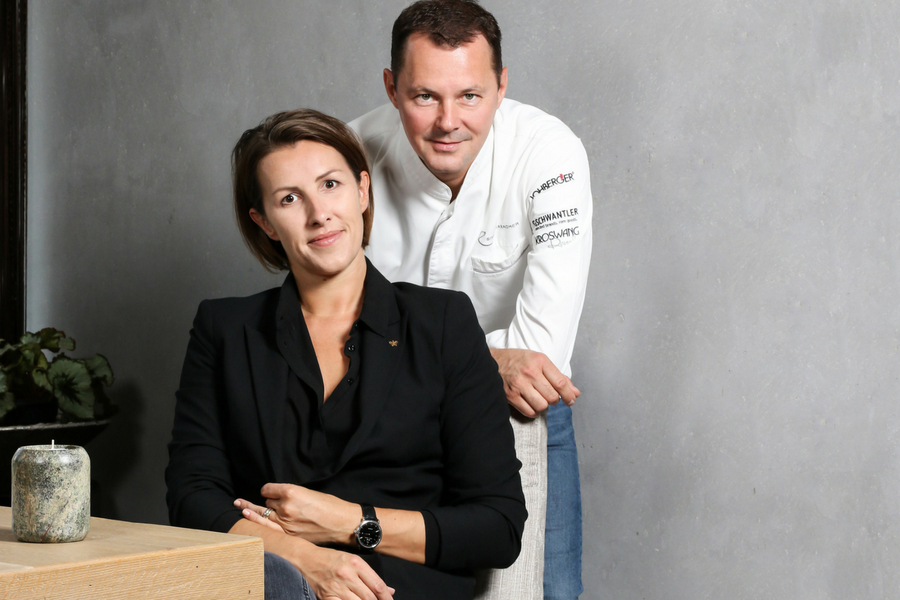 Chef Simon Taxacher is no stranger to the Michelin stakes, having been awarded two stars already for his Restaurant Rosengarten in 2009. His new venture — well, newish; it opened its doors in 2010 — in the Kitzbühel Alps features French Mediterranean cuisine with regional influences. Taxacher is known as a creative chef, so it’s always exciting to see what he has up his sleeve. Expect lots of creativity and individuality in the dishes. As for the restaurant, it’s all done up in muted beige, charcoal, earth-toned walls, the better to showcase his colourful and delicious creations. rosengarten-taxacher.com 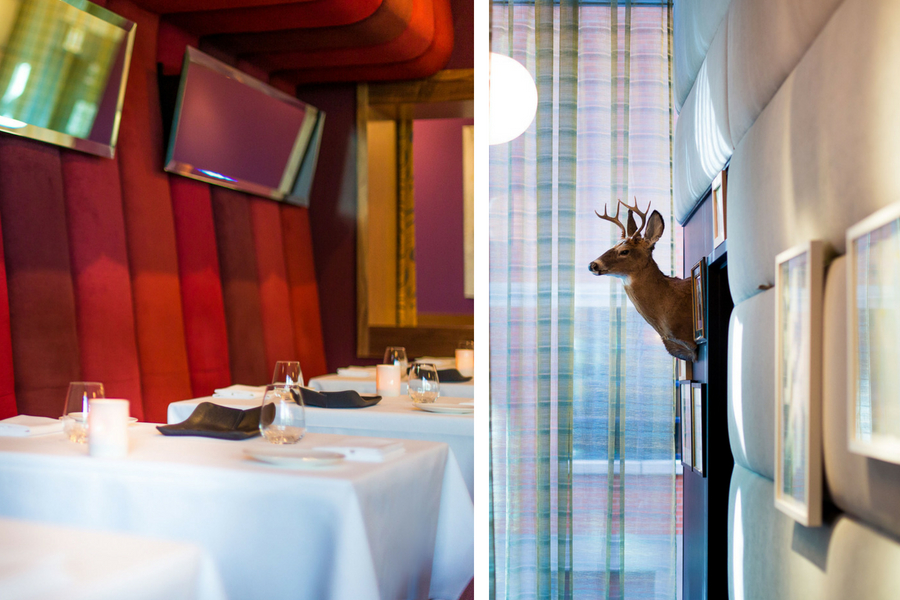 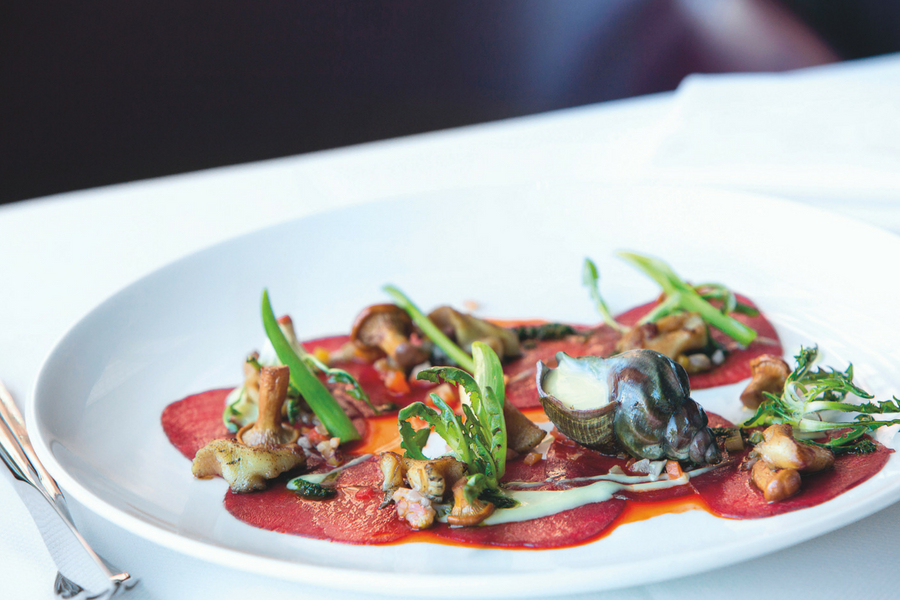 Quintessentially Quebecois, this restaurant has defined the city’s gastronomic landscape for two decades. The food is all about what’s fresh and season in Eastern Canada and showcases the richness of the coast and the land. The restaurant’s sign — a stylised sun — gives diners an idea of what to expect: Seasonal menus that play to the region’s strengths, champion local producers and ingredients that change daily based on what’s fresh and available. Depending on time of year, diners could be enjoying Chef Normand Laprise’s cooking with sea urchins, amazing salmon and cod or a lamb shank with bell pepper puree, cherry-bomb pepper and chanterelle mushrooms or line-caught bluefin tuna.  The interiors are designed to make diners feel welcome and at ease. There’s a window sculpture in the dining room that resemble birds perched on a fencepost anticipating a meal and plush velvet banquettes provide comfortable seating. restaurant-toque.com 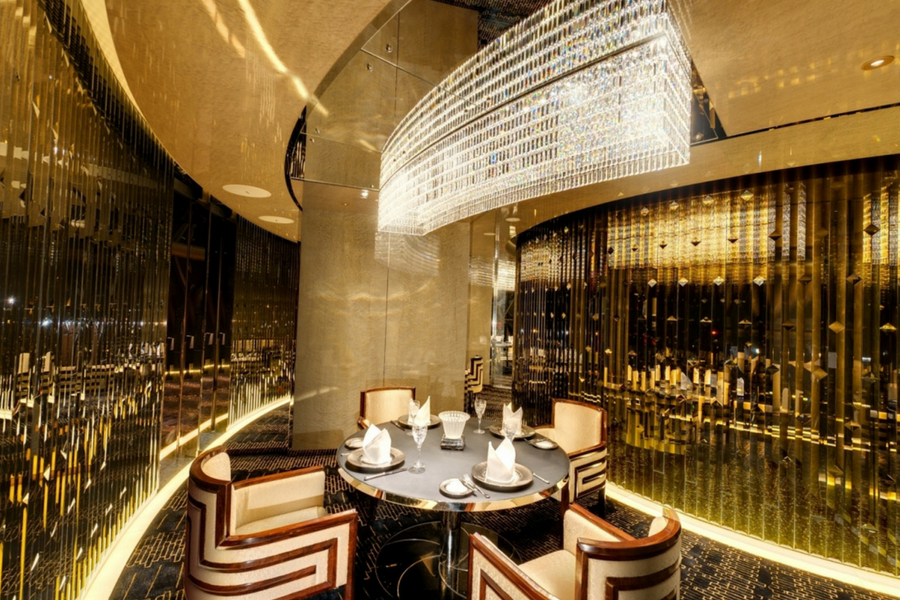 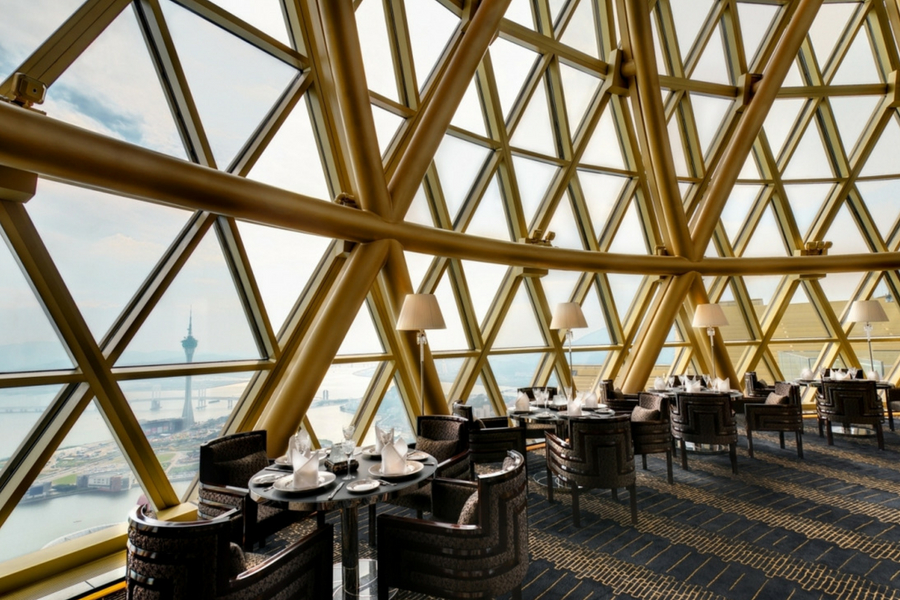 Even before Macau was designated as a “Creative City of Gastronomy” by UNESCO this year, Macau has always been a gastronomic hub. Residents and tourists can enjoy delicious meals at food stalls everywhere in the city, selling everything from shrimp dumpling noodles, congee with giblets or Portuguese cuisine. Chinese tourists from different parts of the country flock to the city during holidays just to enjoy the food.

Of course, Macau’s fine-dining scene has always been stellar. At the Grand Lisboa alone are two dining stalwarts: Chef Joel Robuchon’s Robuchon au Dôme and The 8.

Formerly, Robuchon a Galera, Robuchon au Dôme has been awarded three Michelin stars for nine consecutive years from 2009 to 2017. Aside from the impeccable French cuisine by Chef Robuchon, people flock to the restaurant because of its location — just inside the dome of the hotel 238 metres in height with a magnificent view of the city. Pair your meal with one of the bottles from the hotel’s 16,800 labels, the most extensive wine collection in Asia. The centerpiece of the restaurant a breathtaking Swarovski crystal chandelier cascading from the middle of the ceiling. 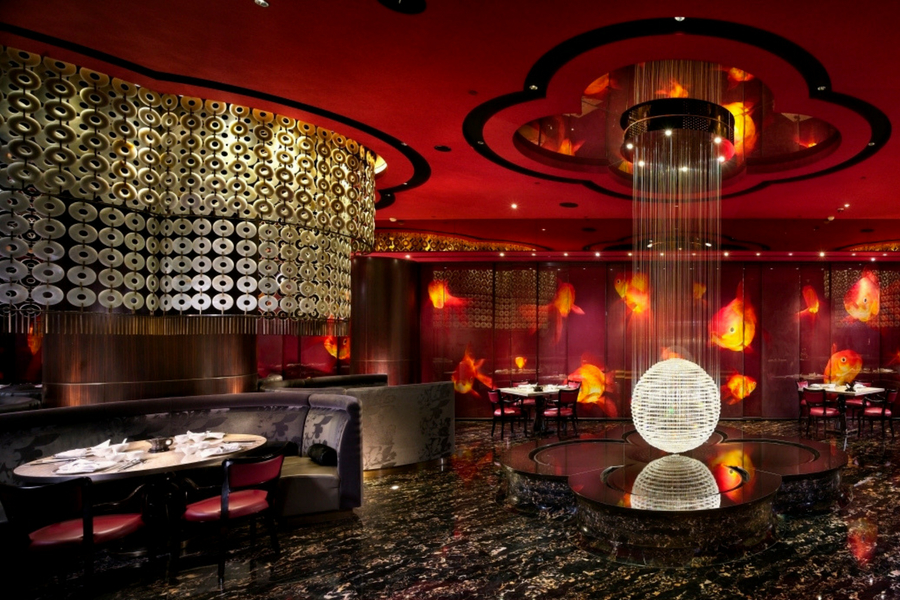 The 8 is the only Chinese restaurant in Macau awarded with three Michelin stars for four consecutive years. The restaurant offers contemporary Cantonese cuisine. Gamblers and diners with a hankering for excellent dim sum can choose from over 40 kinds for lunch. The luxe interior was conceived by Hong Kong designer Alan Chan and is based on traditional Chinese elements like the goldfish and the number “8” — symbols of energy and wealth, perfect for those who are headed to the tables after the meal.