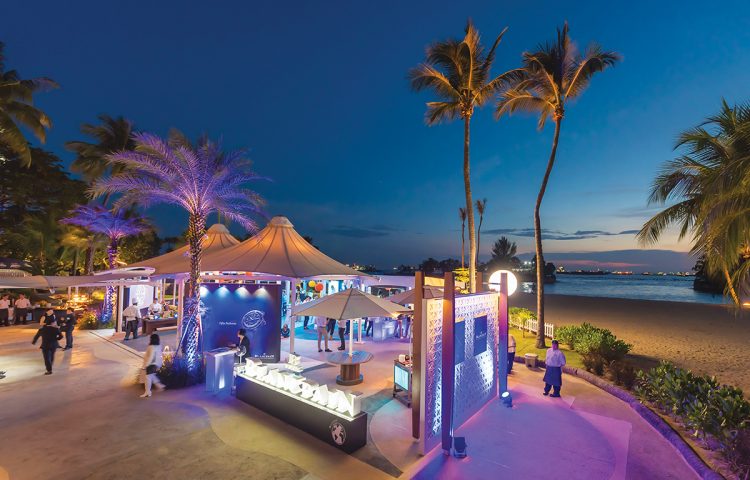 An elegant and set-up for the Fifty Fathoms 65th Anniversary, held on Sentosa Island

Select media, VIP guests, business partners, and watch collectors in Singapore joined Blancpain to celebrate the 65th (Blue Sapphire) Anniversary of its first modern diving watch, the Fifty Fathoms, in Singapore. Since the creation of this pioneering timepiece in 1953, Blancpain has been consistently identified with the sea through its commitment to the exploration and preservation of the oceans. 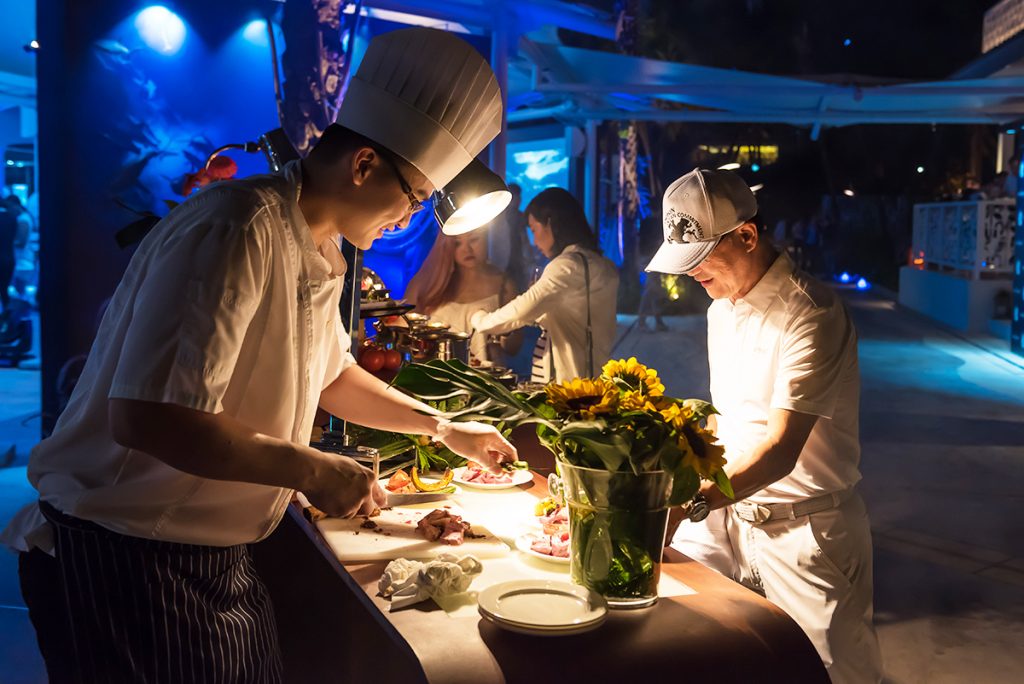 Guests were treated to a sumptuous buffet 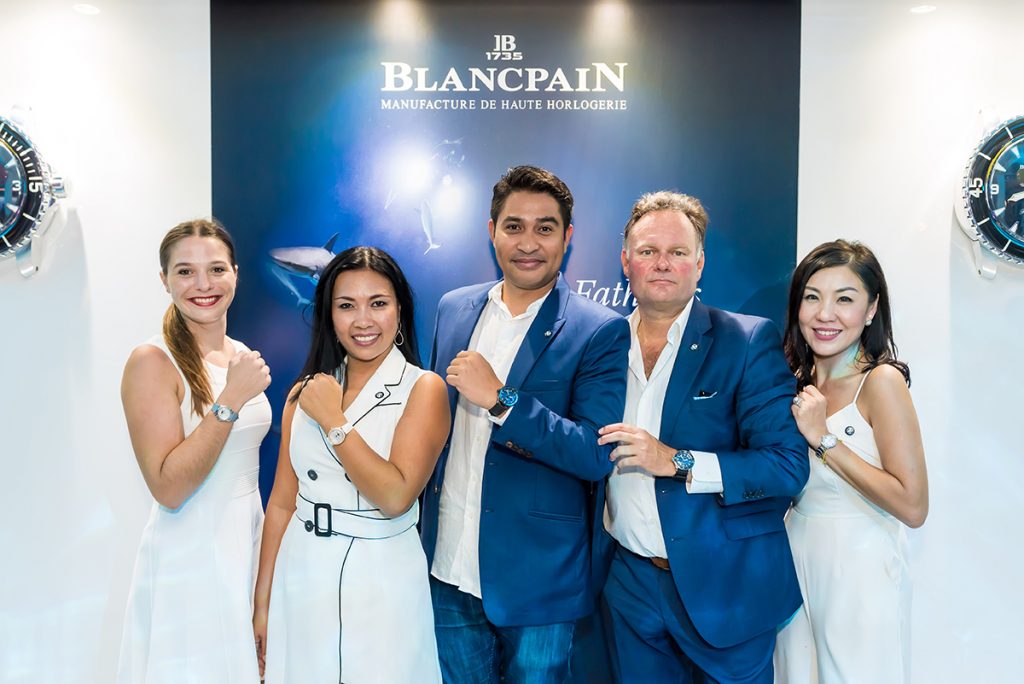 “Until today, Blancpain has contributed to protect more than 4 million km2 of marine areas around the world, which equals to 5.500 times the size of Singapore,” shares Emmy Tellier, Regional Brand Manager Blancpain in Southeast Asia. 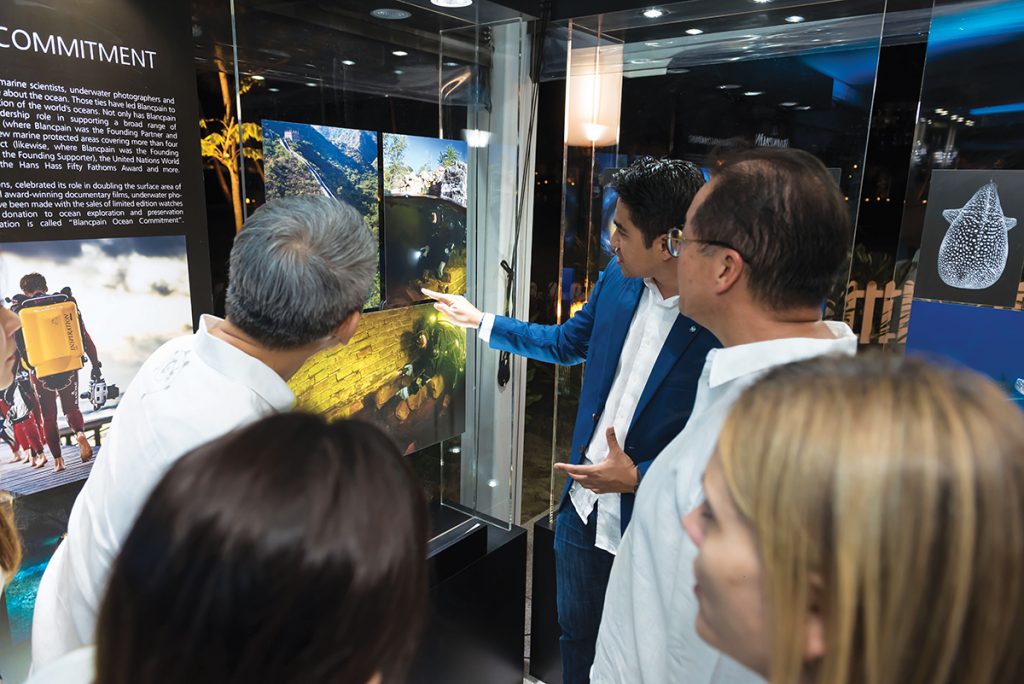 During the event, guests were greeted at sunset with “Blue Fathoms” tailor-made cocktails. Marc Junod, Vice President & Head of Sales at Blancpain, highlighted the role played by the Fifty Fathoms watch in the history of diving. 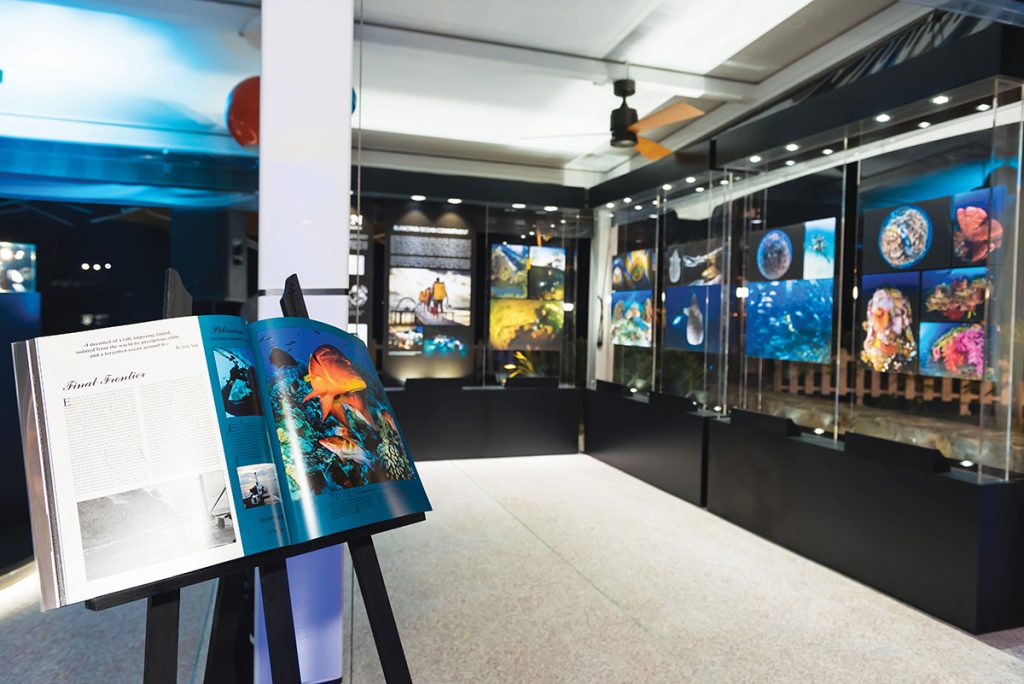 In continuation of its 65-year heritage, Blancpain’s affinity to the underwater world has progressively become a strong determination to support important activities and initiatives dedicated to the oceans. For the past several years, the Blancpain Ocean Commitment has been manifested through its support for oceanographic projects and partnerships with leading organisations, such as the Pristine Seas expeditions, Laurent Ballesta’s Gombessa project, the World Ocean Initiative organized by The Economist’s, and the World Oceans Day.