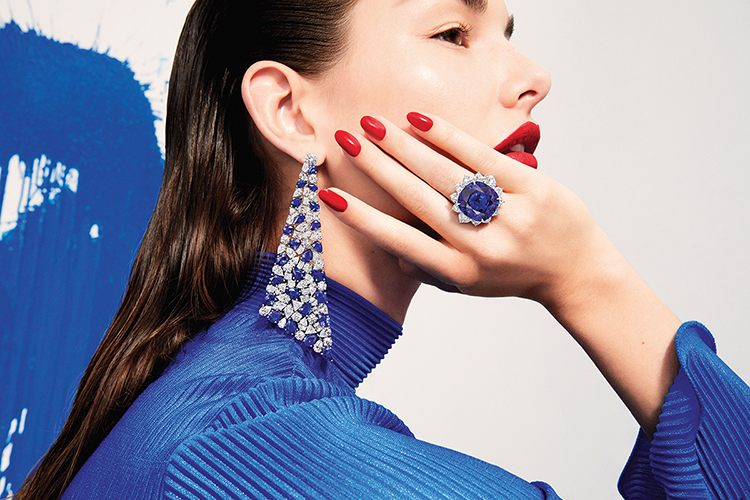 We all know that the cut plays a major role in the shine and lustre of a diamond. The true brilliance of a diamond comes out when it is faceted and cut into various shapes, adding the quintessential sparkle in jewellery.

Round, pear, marquise, baguette, and emerald are just some of the legendary diamond cuts that we use in jewellery today. Most of these cuts have been around for so long that some of them have become confined to set conventional roles that they play in jewellery. For example, rounds are perfect for flower centres, pears and marquise make beautiful petals, and baguettes are best for sleek lines.

However, with innovation and individuality at their peak in jewellery, the way some jewellers and designers use diamonds has become less traditional, all thanks to the mavericks and creative souls who think differently. With their daring imagination and skilled craftsmanship, these brands have crossed boundaries and have set the stage for a new era in the diamond jewellery trends. 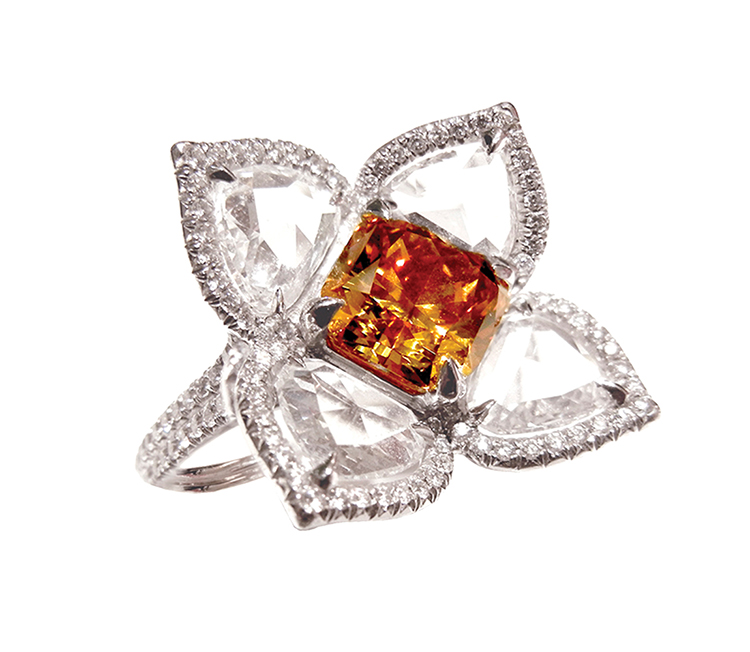 A flower-inspired ring featuring an asscher-cut diamond instead of the usual round cut, BOGHOSSIAN

What happens when an asscher cut takes the place of a round diamond and still sits pretty in the centre of a flower-inspired design? It creates a buzz! Boghossian, known for its unusual approach to jewellery, has often been seen pairing two daring cuts together, or tweaking the placement of diamonds just enough to make you think twice. The key element in play is the visual balance that remains intact even after taking on the adventurous design route.

“At Boghossian, we always love to create unique and daring pieces that push further the boundaries of jewellery craftsmanship. We can achieve this through the use of innovative setting techniques, and also by experimenting with different diamond shapes. These unusual shapes and innovative techniques give more dimension to a piece, rendering a creation truly one-of-a-kind,” shares Albert Boghossian, CEO of Boghossian. 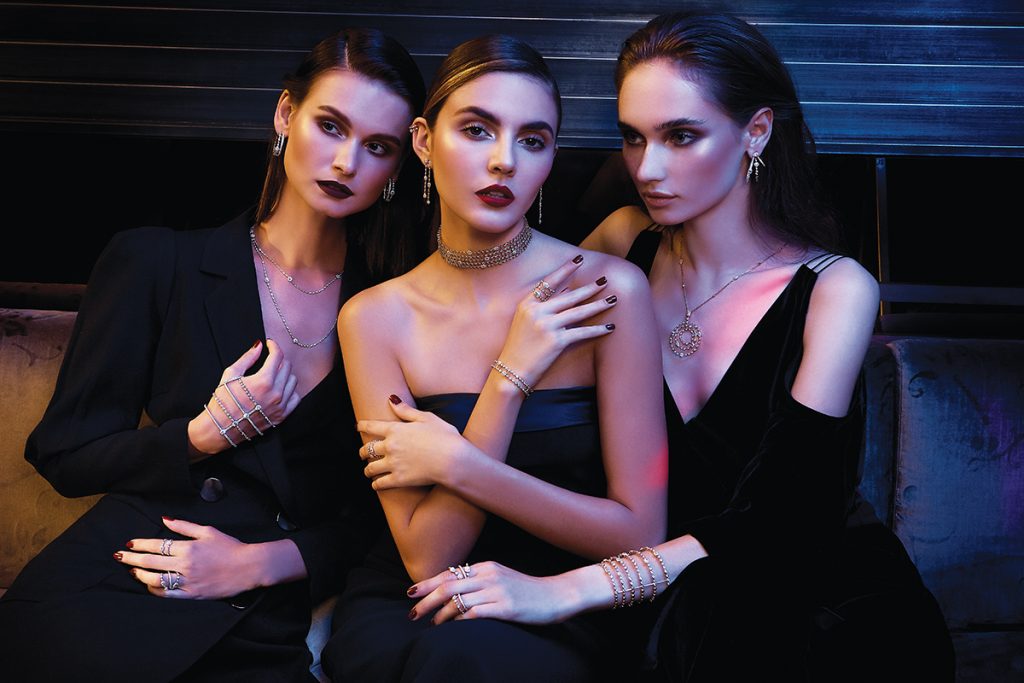 Diamond layouts made by Laurence Graff are often unique and free spirited. Lately, the designer has been seen spreading out many unusual shapes together in a harmonious way. Sensual necklace silhouettes are packed with multiple diamond shapes in asymmetrical arrangements, a perfect example of an organised chaos. Two shapes that don’t look like they belong together are paired flawlessly in Graff jewellery, which somehow manage to blend together magically. The overall look is always classy, but look closely to see a stunning visual texture and grand opulence that the brand is famous for.

In a similar fashion, Sartoro’s new Happy collection pays tribute to three iconic diamond cuts: round brilliant, emerald, and pear, which the brand managed to incorporate in the designs in a charming and playful manner. Chic and contemporary, the pieces, with their mixed diamond cuts, reflect Sartoro’s ethos of creating fine jewellery pieces for the cosmopolitan women. 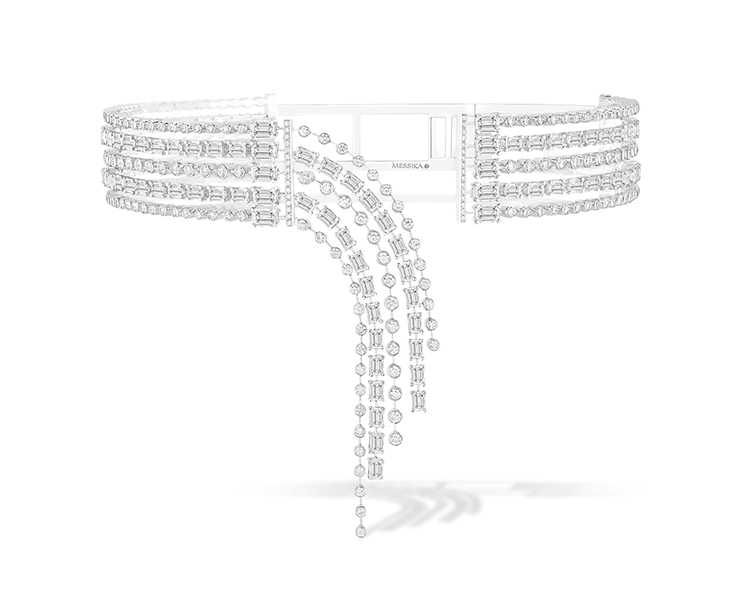 Every cut of a diamond has been worked on very intricately and has its own personality. Over the years, most designers have used diamond shapes that visually look good together. One would often see soft shapes like rounds and pears together, or edgy shapes like princess and step cuts in a row. Messika’s latest high jewellery collection breaks the norm by placing round and emerald cuts like a scintillating waterfall. In the era where pears still make the best droplet cut, Messika has explored emerald cuts in all forms, redefining a whole new approach in diamond jewellery design.

“When using classic jewellery design styles, we had trouble contrasting diamonds of different cuts and sizes,” shares Valerie Messika, Founder and CEO of Messika Jewellery. “The use of the ‘incomplete circle’ motif is now a signature of the My Twin collection. In this collection, I decided to combine different diamond cuts using an incomplete circle which means they oppose, but in harmony. Two pears and emerald cut diamonds are pulled together without ever touching.” 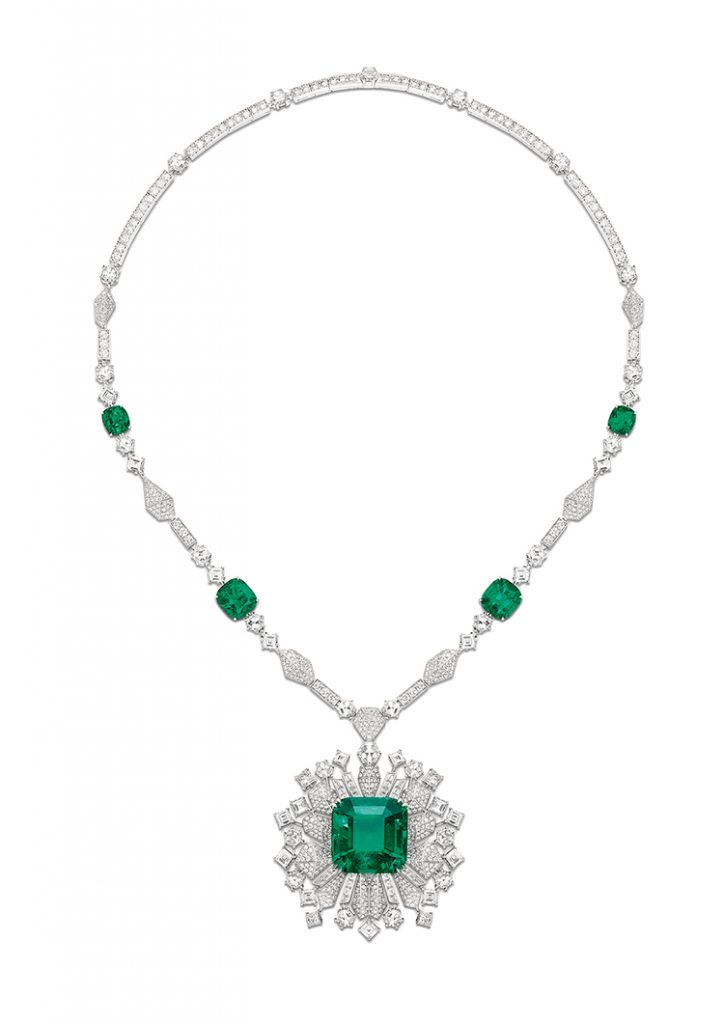 As technology and resources flourished in the diamond cutting industry, newly developed fancy shapes demanded path-breaking designs. Even cuts that were rarely used have found a new shine when they stepped in Piaget workshops. These shapes are fast becoming the protagonists in the new age diamond jewellery.

While marquise cuts were thought to be best options for leaves, Piaget brought in elongated baguettes and kite shapes to make pretty florals. Replacing pear-shaped drops in classic silhouettes, Piaget uses altered hexagons at different angles, channelling a whole new look and adding an eccentric flavour to the classic.