“Irrespective of the size of the piece, I want my jewellery to be eye-catching and make the wearer feel special. I believe that jewellery without colour lacks definition and appeal. It’s like viewing the world in black and white,” says Khan. 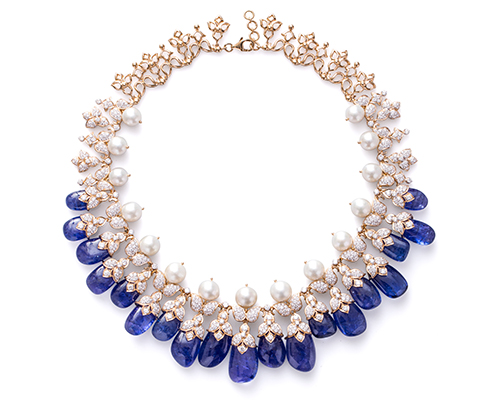 Khan embarked on her adventure with fine jewellery more out of a whim, rather than an interest in gemstones. In 1992, she decided to join a friend and enrolled in a course at GIA, the Gemological Institute of America. This marked the start of her love affair with gemstones, which in turn led to her studying jewellery design at GIA. 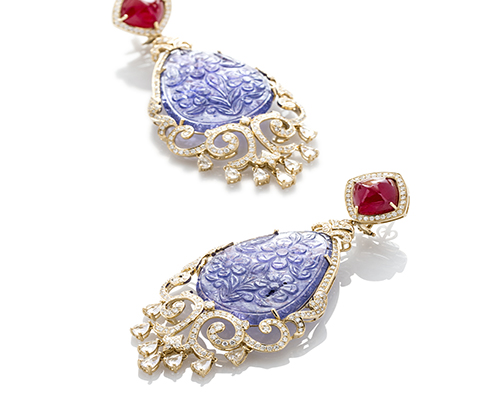 After returning to India in 1993, she set about translating her newly found love for gems into reality. “Nature and natural forms in nature inspire me the most,” says Khan. Her frequent travels to exotic destinations further inspire her, but she says it’s the dazzling array of personalities that she meets regularly who play an important part in her designs.

Her design process starts with the type of gemstones that give her pieces an inherent vibrancy. Emeralds are her favourite, and she uses them in different ways — from small cabochons mixed in a colourful palette with other gemstones, to oversized, extraordinary centre pieces. 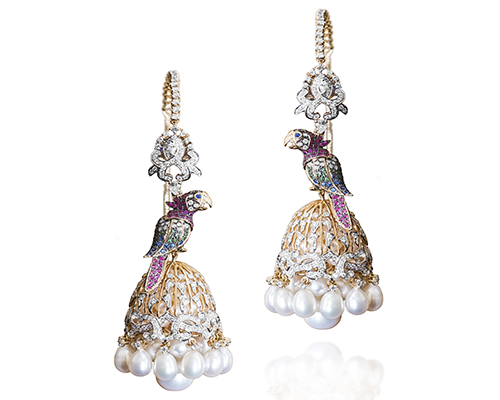 When working from her design house staffed with over 300 people, Khan says she is almost obsessive about attention to detail. She invests long hours with her team to engineer elaborate pieces that are both dazzling and wearable.

Elaborating on her brand, she says it’s all about love: “Now, more than ever, young people are in love with the idea of love and celebrating love.” www.farahkhanfinejewellery.com