Singapore has always tried to punch above its weight on the world stage — from aviation and shipping, to food and films. Now it seems to make headways in jewellery, too, with the Singapore Peranakan Diamond Jubilee Brooch, a gift to Queen Elizabeth from President Tony Tan on behalf of Singapore on the occasion of the monarch’s Diamond Jubilee in 2012. Stories of official gifting between national leaders hardly raise an eyebrow in today’s world. But this one is different.

A blog that catalogues the jewellery worn by Queen Elizabeth, called From Her Majesty’s Jewel Vault, recorded that The Queen wore this particular brooch multiple times — on 10 different occasions apparently, including the christening of her great-granddaughter Princess Charlotte in July last year. “Many of the jewels given to The Queen as official gifts go unworn for years, trotted out only when the occasion is directly related to their provenance, but that’s not the case with this brooch,” the blog noted. 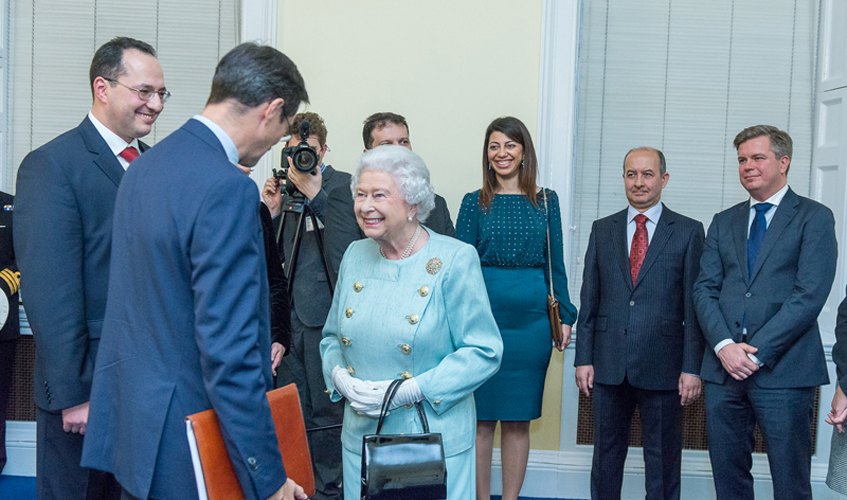 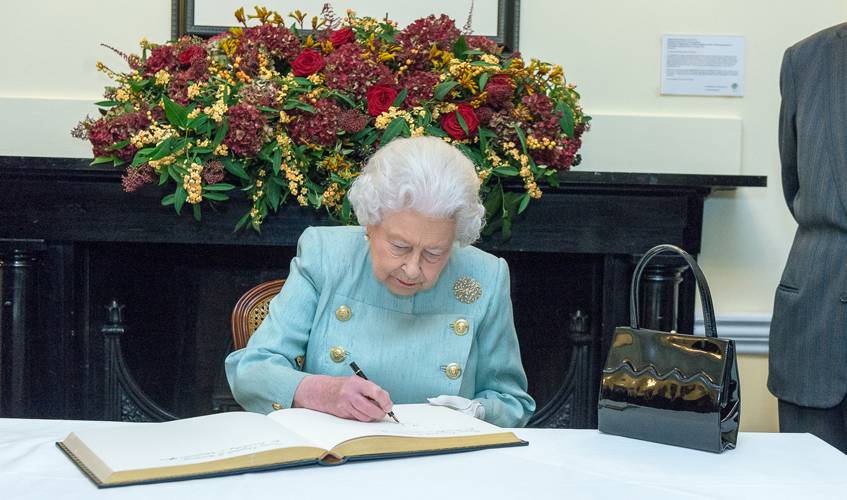 Although the piece was spotted on The Queen during the state visit of President Tony Tan to the UK in 2014, the brooch has indeed become one of the few official gifts she wears for occasions outside of those with specific ties to Singapore. Clearly, this piece of jewellery has won The Queen’s heart, and it’s easy to see why. The brooch, an exquisite filigree medallion made of 18k yellow gold and 61 brilliant-cut diamonds, is a paragon of the Peranakan goldsmith’s craft.

Depicting a bird of paradise, its dancing lines convey a lilting Asiatic beauty that is the signature of this genre of traditional jewellery. Peranakan (or Straits Chinese) jewel craft dates back to the 1880s. It is a fusion of Chinese, Malay, and Indo-European aesthetics, and uses mainly gold and diamonds. The Queen’s brooch was created in Singapore by Foundation Jewellers, a specialist maker of such gem pieces. 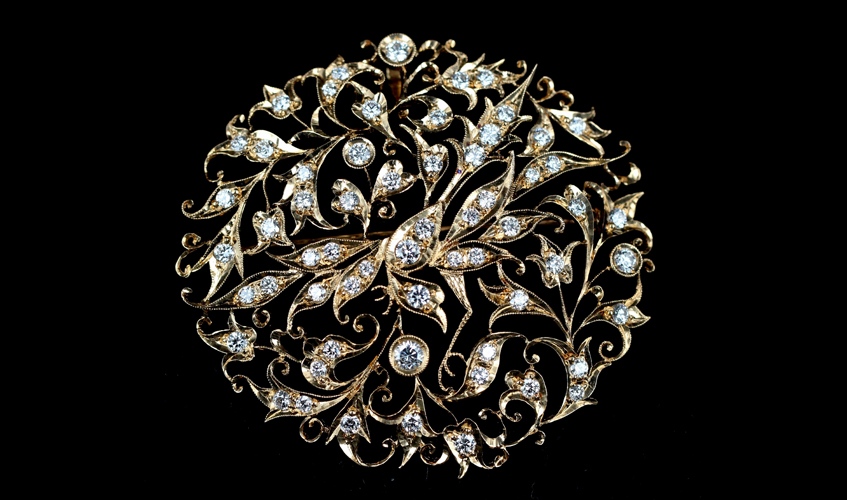 Founded in the 1970s, Foundation Jewellers is owned by Thomis Kwan and his wife, Caroline. Thomis designs these Peranakan pieces, having first researched their history, style, production, and legacy. “Peranakan jewellery are usually eclectic and known for their complexity of design and ornamental charms,” says Thomis. “They are traditionally handmade by Peranakan craftsmen who patiently produce fine, intricate masterpieces that take weeks, even months, to produce.”

The making of Peranakan jewellery is an exacting process. The craftsman first draws the design onto translucent paper using a Chinese brush, because only this tool can adequately imprint the curves and smooth edges of the jewellery. With a jeweller’s saw, the craftsman then pierces out the overall design of the piece, punching and hammering further to create a three-dimensional effect. Next, complementary diamonds of the right colour, cut, clarity, and size are selected and set a jour into the gold using a method similar to pave setting. Other popular gemstones are jade and pearl. Traditionally, 9k or 14k yellow gold is used, and sometimes as in the case of The Queen’s brooch, 18k gold. 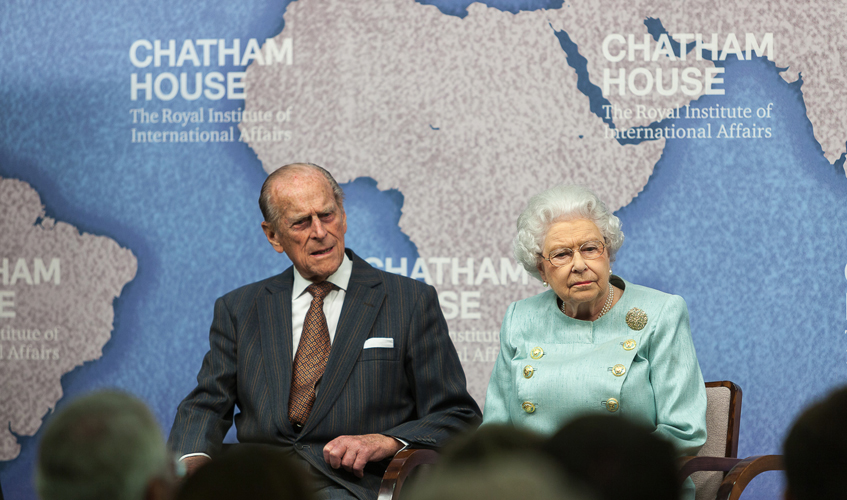 With designs of higher quality, as in The Queen’s brooch, rose-cut and brilliant-cut diamonds are used. Otherwise, the more traditional ‘intan’ diamonds are used. Polishing is the final stage of the process and brings out the full lustre and brilliance of the piece. Whenever Thomis watches the craftsmen working on his designs, he says he is reminded that: “This is not jewellery; this is art. It is a part of Singapore.” Thomis, now 61, has seen the gradual decline of interest in Peranakan jewellery in recent years, and is determined to arrest the slide and possibly revivify the art for the future. He draws inspiration for his pieces from Peranakan fashion, ceramic ware, and furniture, and has them handmade in-house by his own craftsmen.

At Foundation Jewellers, Peranakan ‘heirloom’ designs are their greatest claim to fame. An outstanding example of this is the Phoenix Motif Earring, crafted in 18k yellow gold and featuring two rubies and 198 diamonds totalling 3.30 carats. The Flower Motif Earring is another delicately beautiful heritage piece, in 18k yellow gold with 40 diamonds. Particularly alluring, too, are the brooches. The immortal phoenix is an auspicious symbol that is traditionally adored. Here again it graces the Dancing Phoenix Pendant/Brooch, set with one 0.04ct ruby, a 0.04ct garnet, and 164 diamonds totalling 2.67 carats. At the centre of the Floral Motif Opal Pendant/Brooch is a stunning lozenge-shaped 6.28ct opal, surrounded by 113 glittering diamonds. These dazzling filigreed masterpieces count among them the Bird of Paradise Pendant/Brooch, which we know today as Queen Elizabeth’s Singapore Peranakan Diamond Jubilee Brooch. 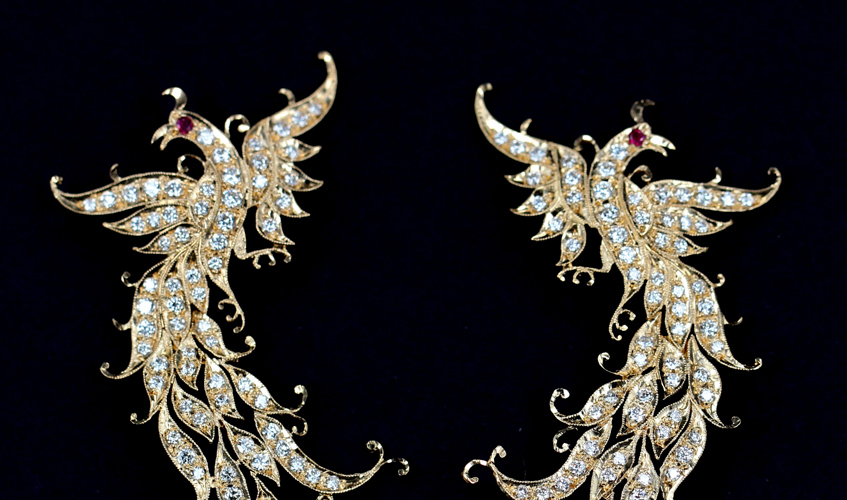 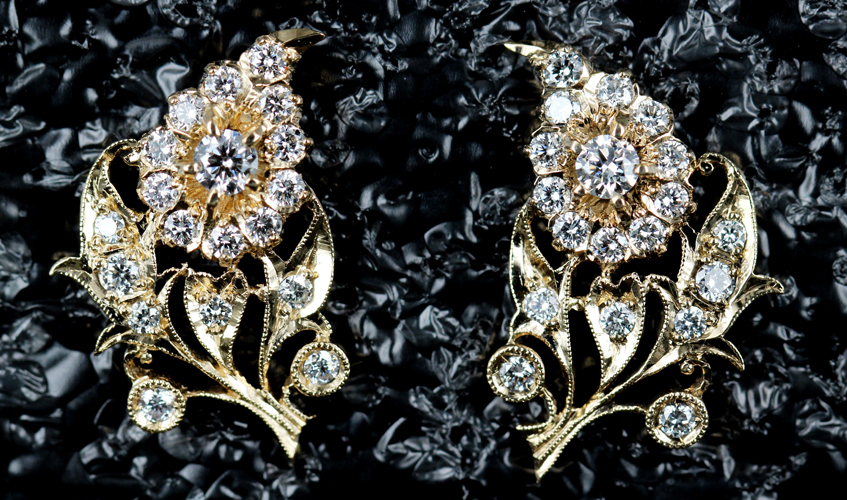 Other heirloom pieces include classic rings, hairpins, bracelets, and the unique kerongsang (a series of three brooches worn on the front of the Peranakan kebaya). Some modern inflections have been introduced such as wrap-around rings extending the length of the finger, non-traditional motifs like cats and horses, and jewellery that can be worn in multiple ways. Contemporary buyers have responded positively.

And now it seems even The Queen has fallen for their charms. “Ten years ago, I would have thought that The Queen wearing our brooch would be impossible,” said Thomis. He is clearly proud that the British monarch has worn something made in Singapore “so many times”. “It is a miracle,” he says.

This article was first published in SOLITAIRE issue 83: The Diamond Edition.