CAN YOU KEEP A SECRET?

Reveal or conceal a mystery with whimsical high jewellery

In today’s culture of over-sharing, the pleasure of keeping a secret is getting rare. Van Cleef & Arpels turns this around with Le Secret, a whimsical collection of jewellery offering various ways to conceal and reveal a surprise. Mystery, after all, is one of the brand’s signature styles. And while various ateliers offer mystery pieces, the appeal of Le Secret comes in the variety of ways in which secrets are contained. Some come in the form of hidden messages or puzzles, while others are revealed only through metamorphoses or mechanical manoeuvres.

Another striking feature of Le Secret is its use of stones to portray a varied palette, including Burmese rubies, Colombian emeralds, Sri Lankan sapphires, Tahitian pearls, and black onyx. In some cases, exceptional stones play a vital role in concealing secrets, or in the act of disclosure itself.

Some of the surprises in the collection are simply the fact that one piece can come apart to become three different jewellery items. This highlights the element of fun, allowing the wearer flexibility and the ability to make the same piece look different on multiple occasions. The genius lies in the seamlessness of the original piece, so that the viewer barely suspects that it is a combination of different items, rather than a whole. 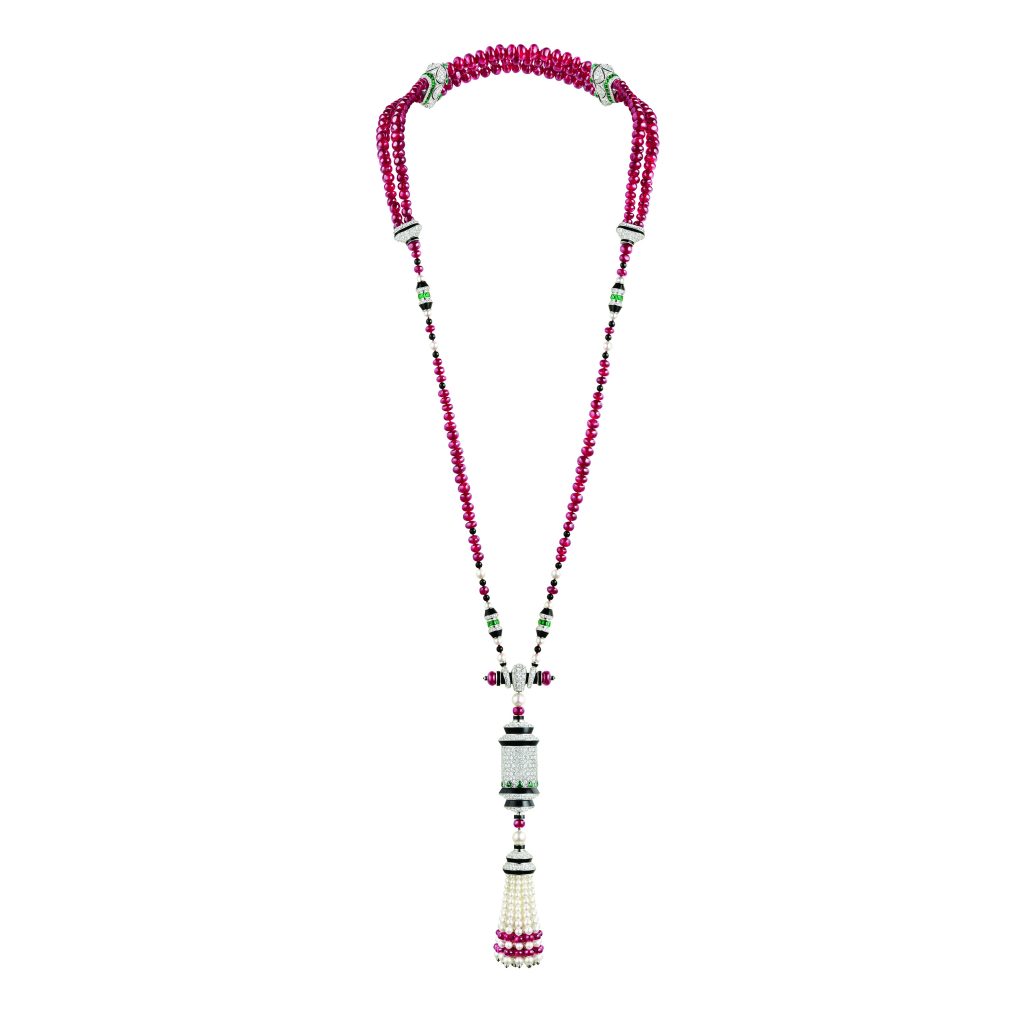 For instance, the Oiseau Sur La Branche piece may be worn as one long necklace with a string of 240 ruby beads, or as two short necklaces. 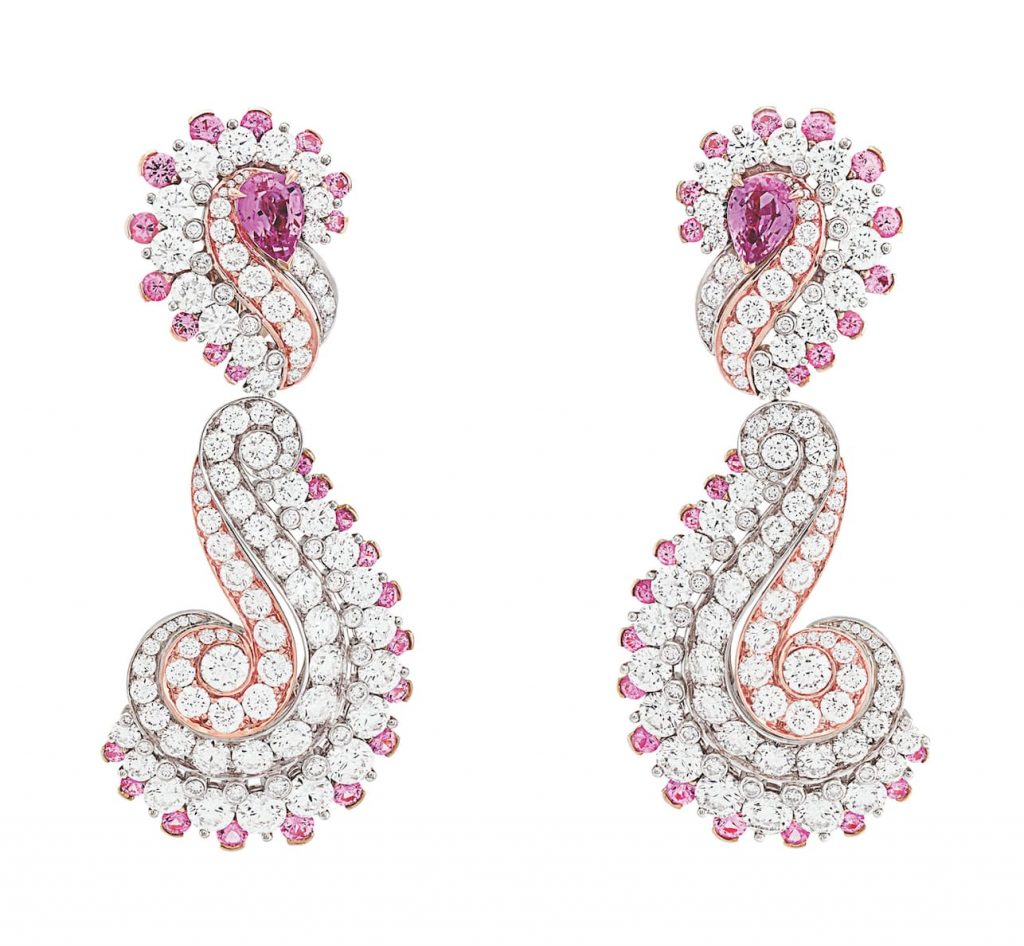 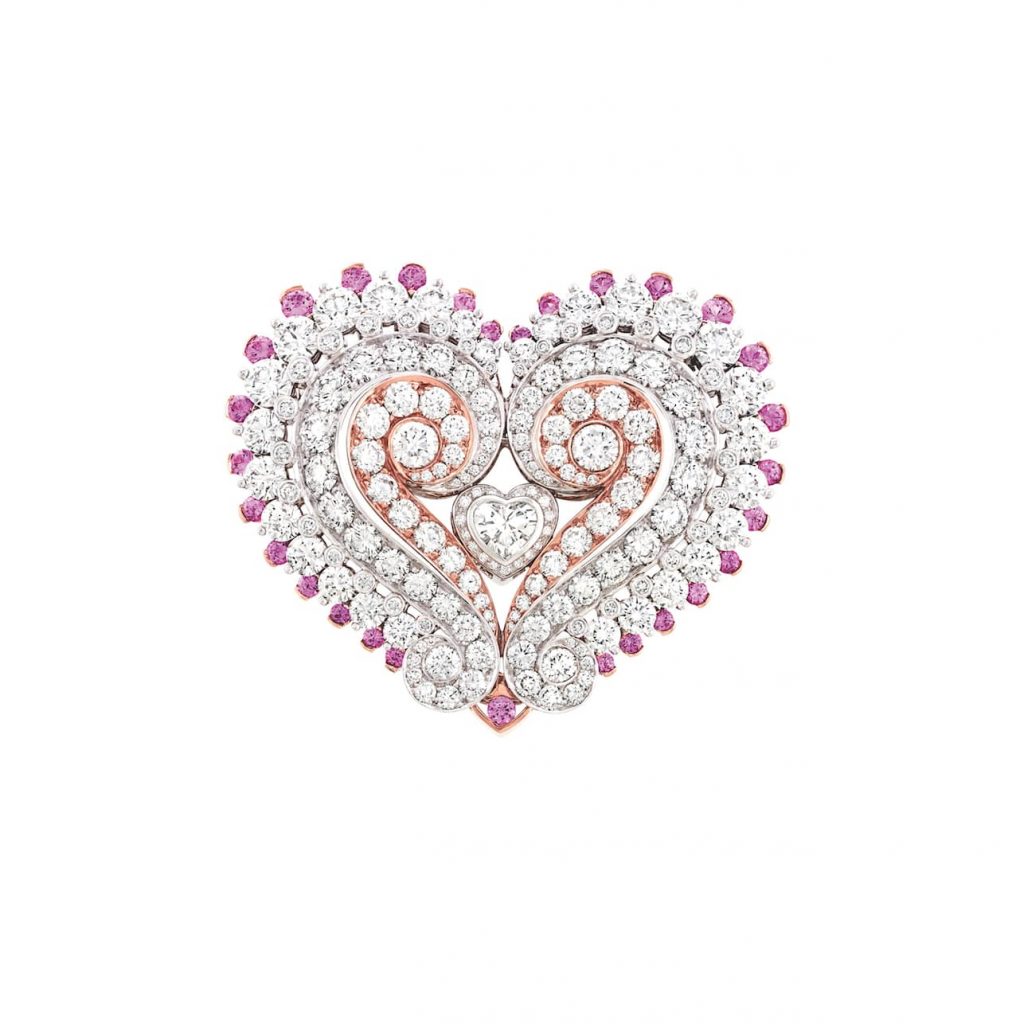 Like a good love story, there are pieces in Le Secret that conceal messages or images. Sometimes, the act of revelation is so simple that it makes concealment ever more precious. 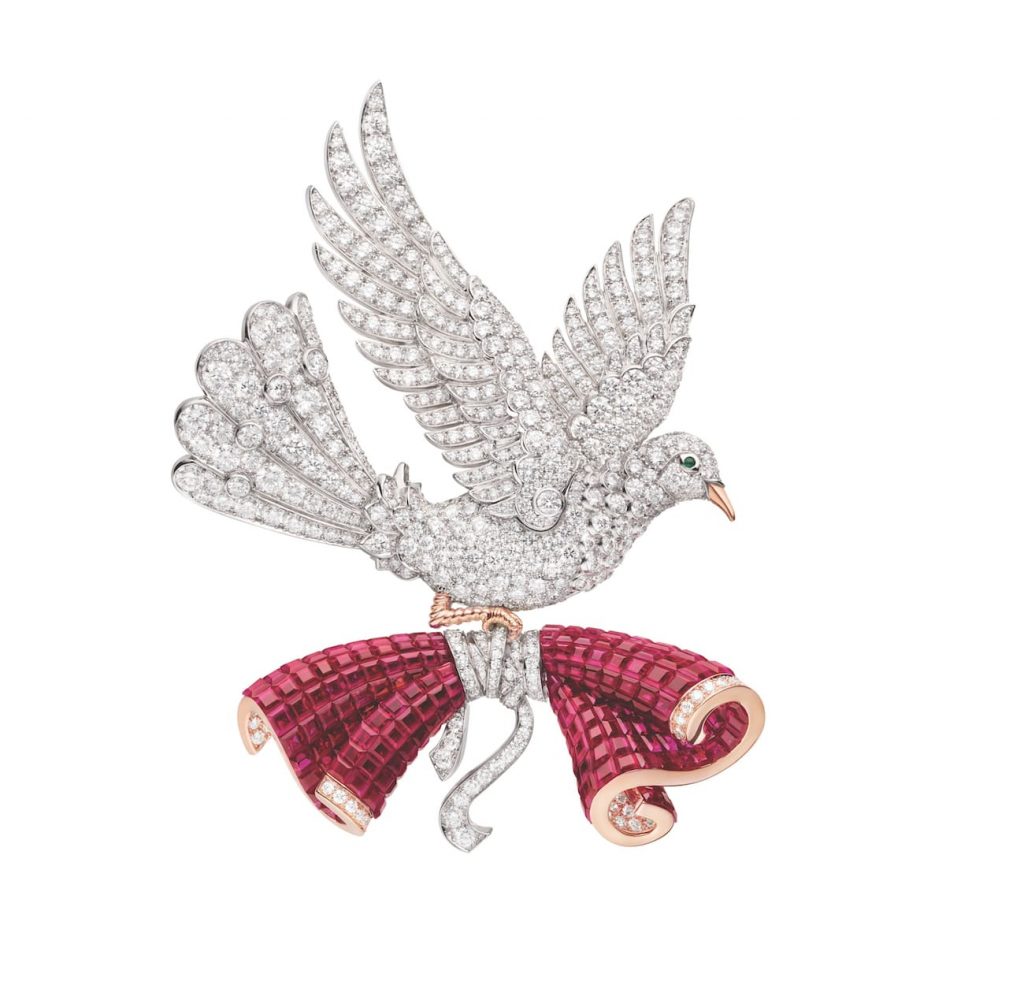 Such is the case with the Colombe Mysterieuse Clip, which features a bird carrying a scroll. Simply turn the clip over to see the rose wrapped inside the scroll, along with the message engraved on the pink gold ribbon: “L’Amour”. 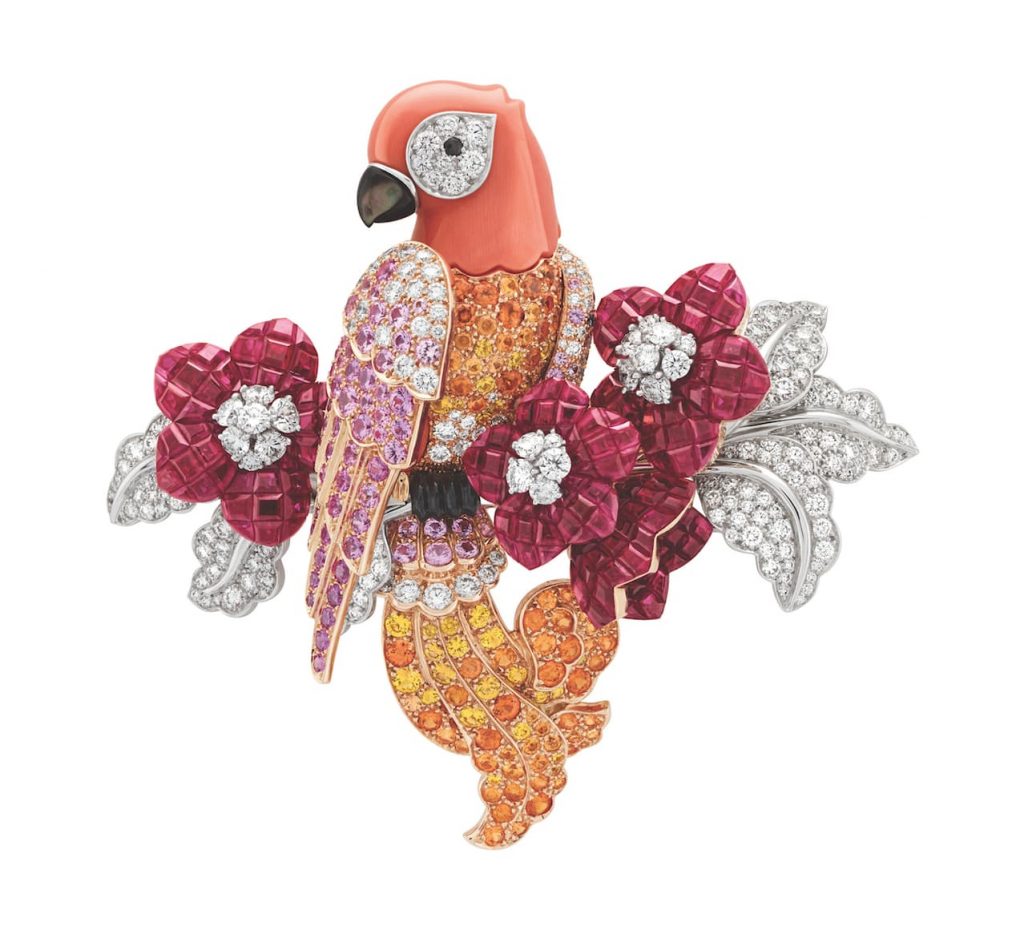 The Sous son Aile clip only requires a light nudge of the parrot’s wing to reveal a chick snuggled against its mother. 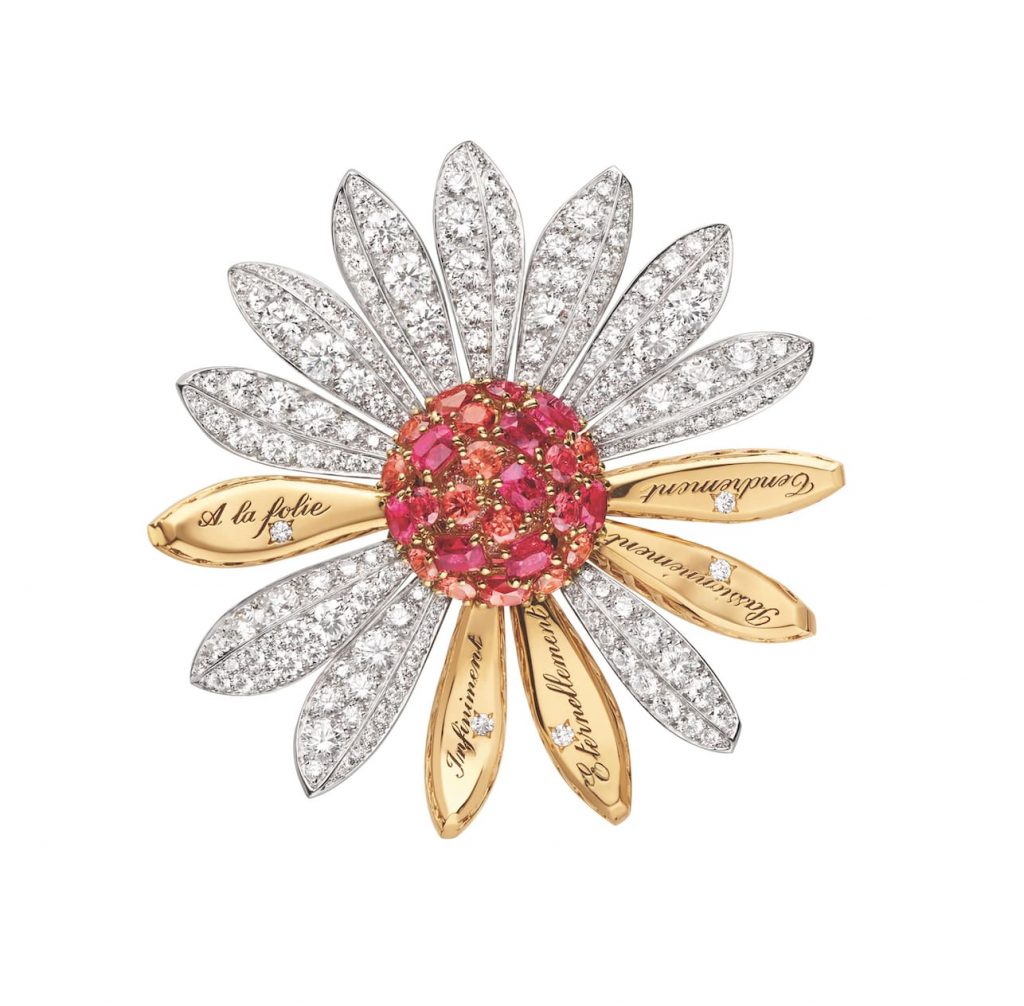 For the Marguerite d’amour clip, simply rotate a yellow gold petal to see its engraved message. True to the brand’s playful style, the piece calls to mind the adolescent game of picking off the petals of a daisy to discover whether their beloved feels the same way. 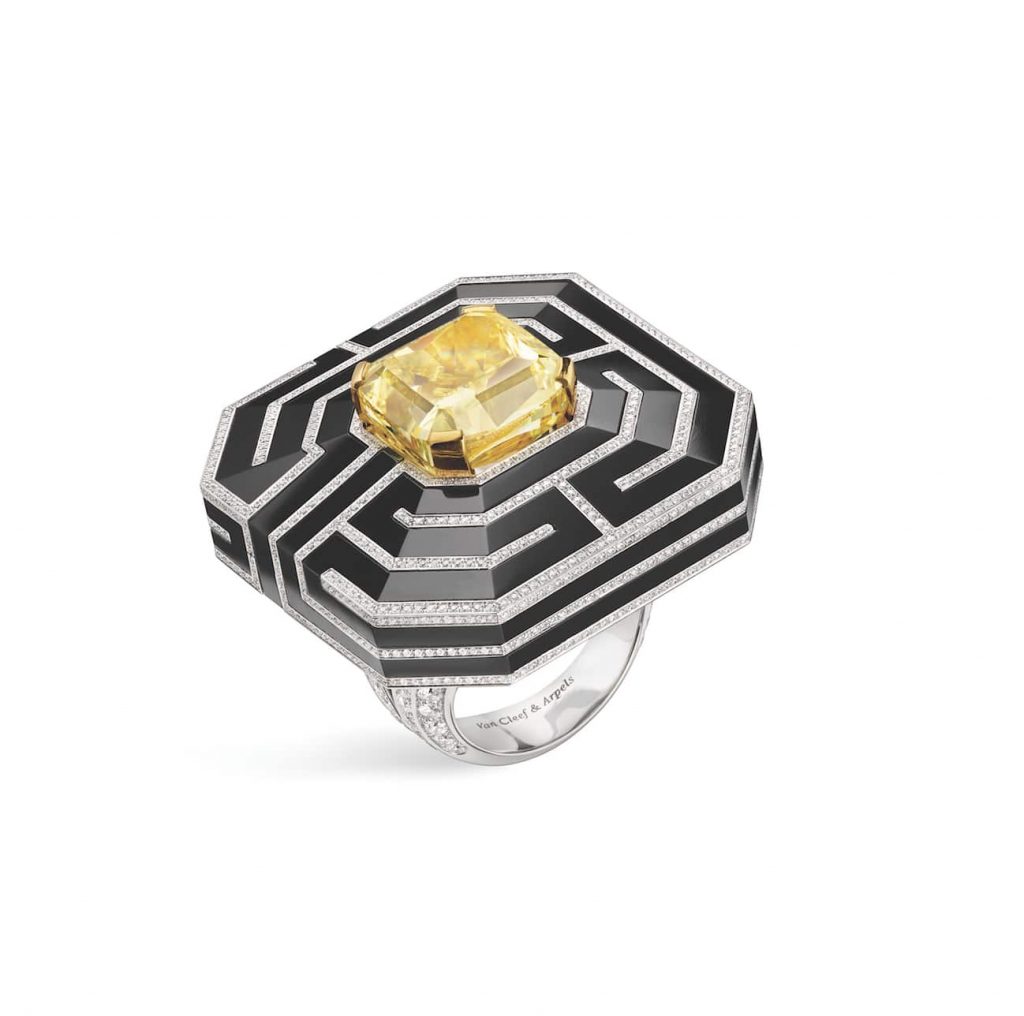 Other pieces need more thought on the path to discovery. In the Labyrinthe ring, one must find a way through the onyx and diamond maze to reach the 13ct fancy Intense Yellow diamond at the centre. 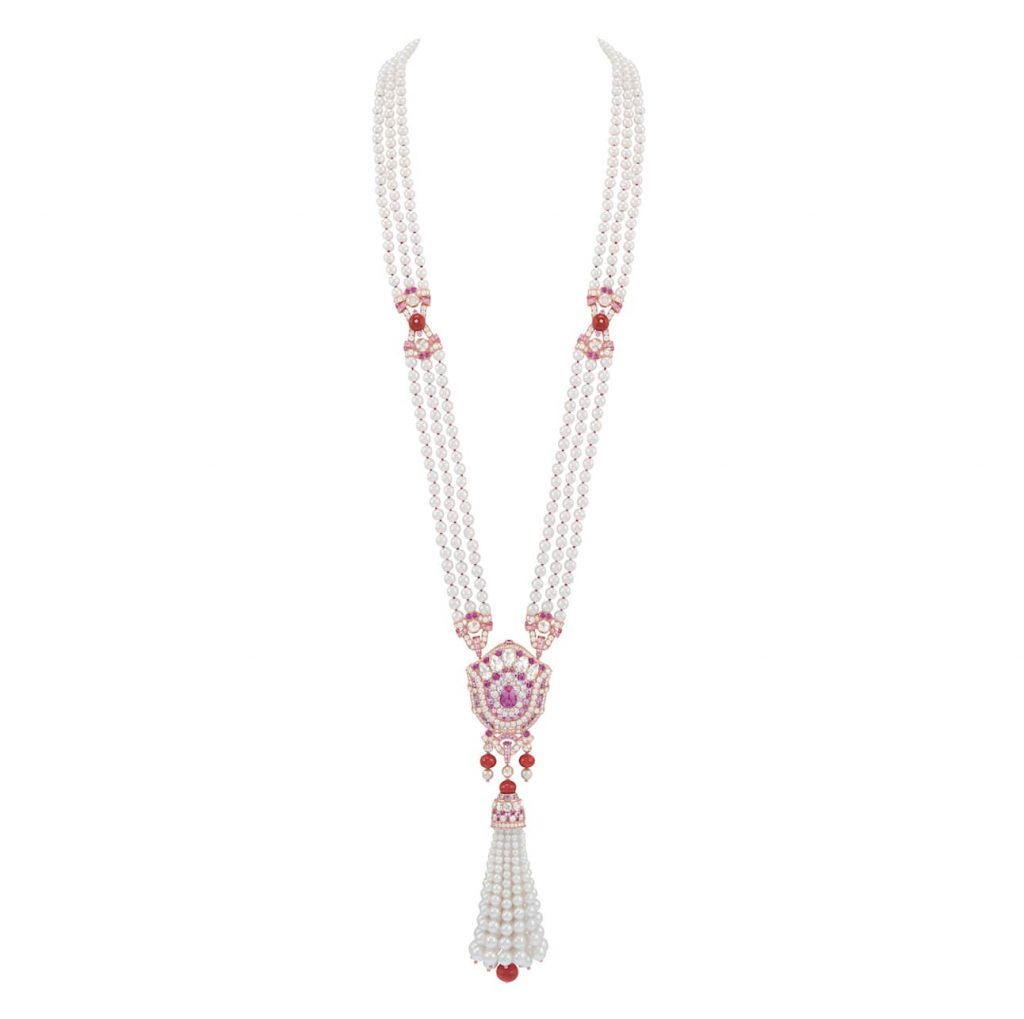 One needs to lower half of the medallion of the Cachette long necklace to find a ring adorned with a Burmese ruby. The ring may be then removed by pressing the back of the piece. 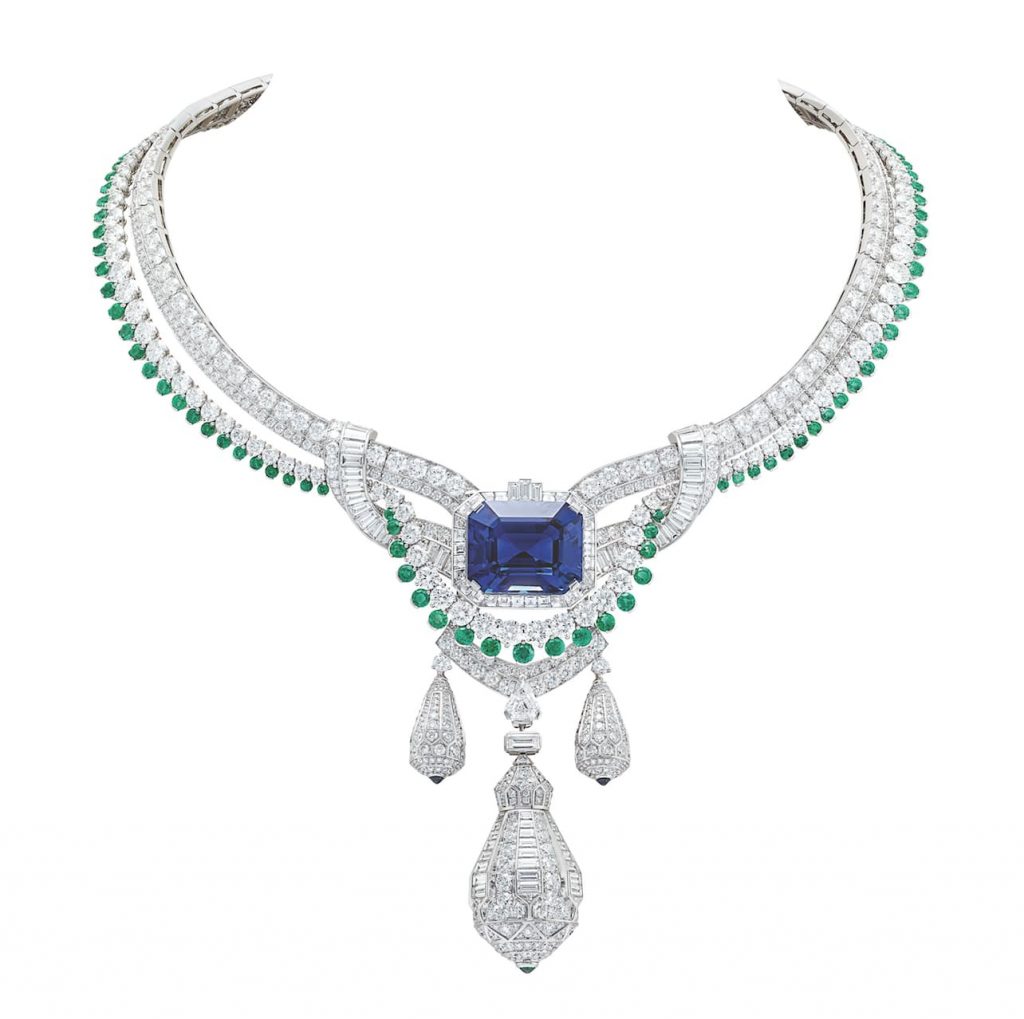 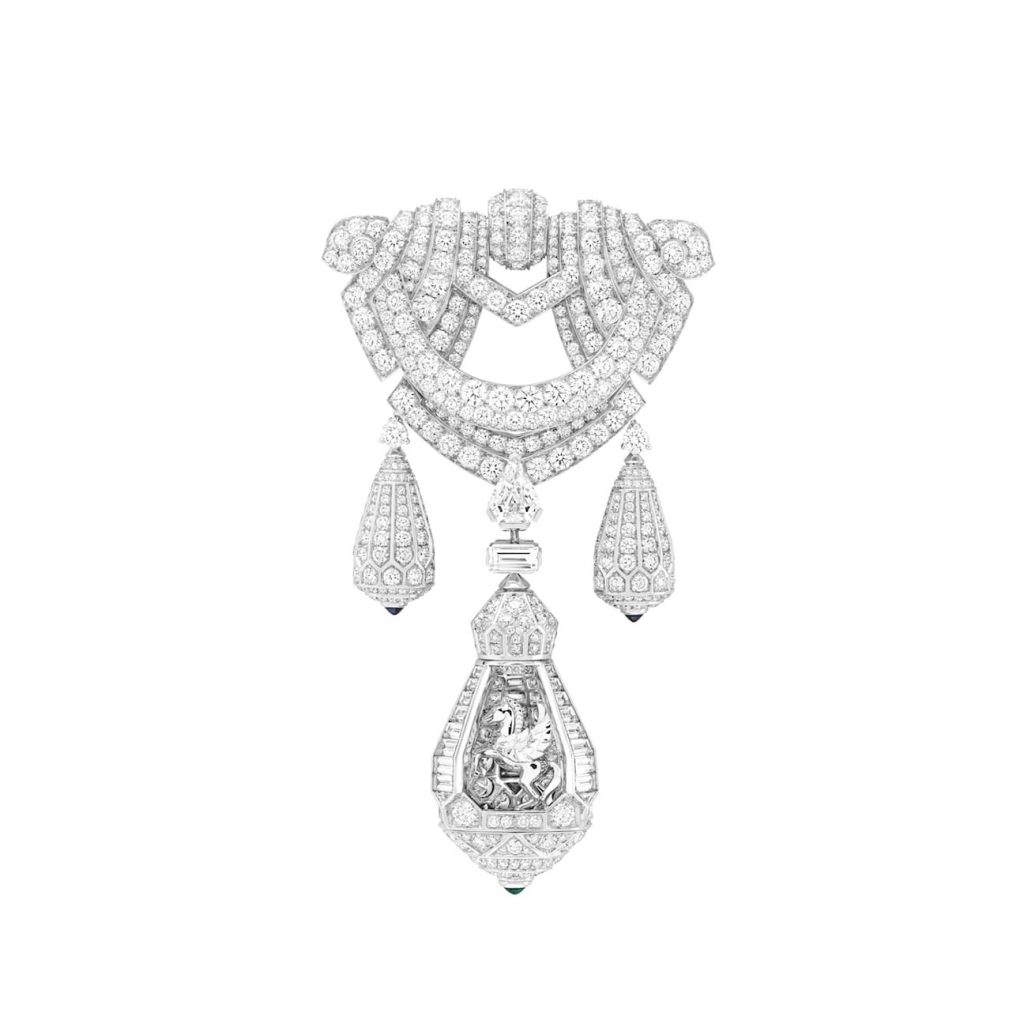 The clip of the Pegase necklace may be detached; but the real surprise comes upon twisting the pendant, revealing a winged horse figurine. It took the atelier more than 2,200 hours to create this necklace, including stone selection and crafting the Pegasus horse from a wax model. The centrepiece of the necklace is a 45.10ct Sri Lankan sapphire. 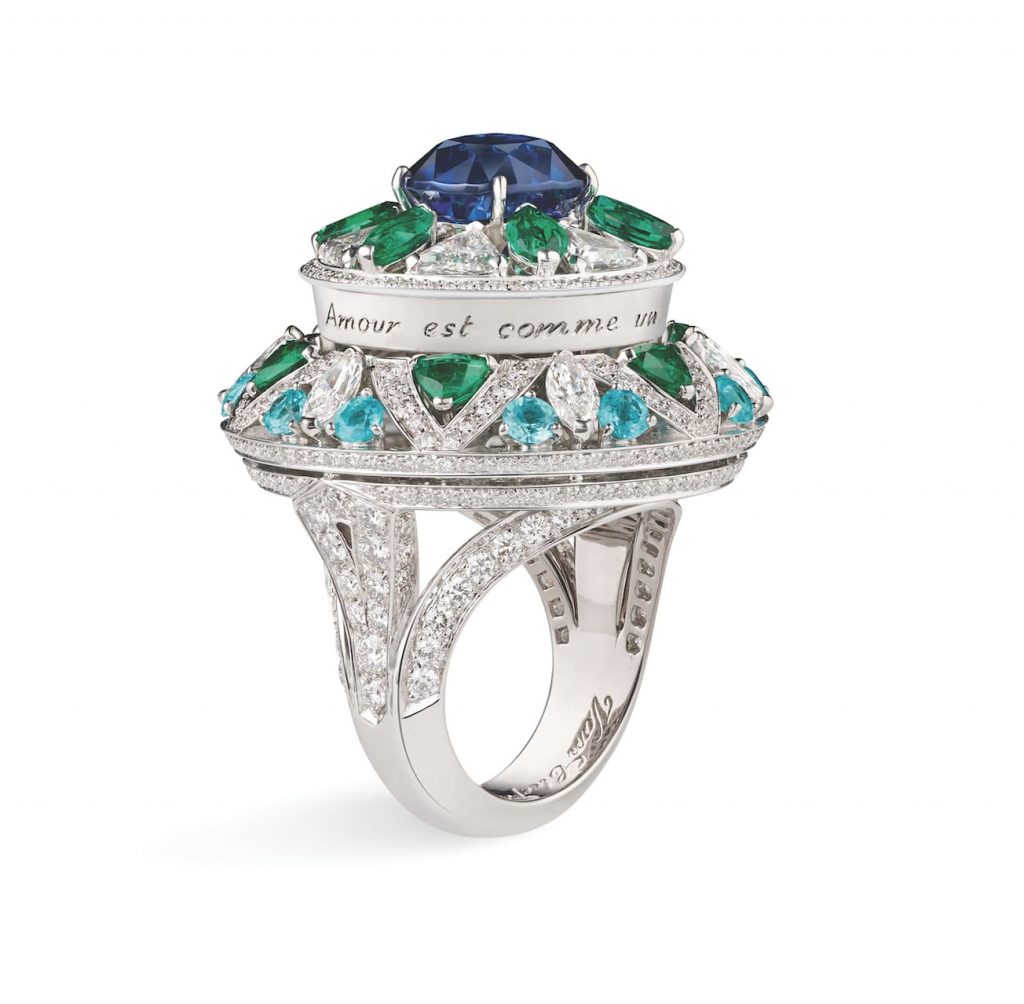 The Fleur Blue ring also contains a hidden message, but the real novelty is in the way it is unveiled. A quarter-turn of the upper part of the ring exposes a quote from Oscar Wilde: “Une vie sans amour est comme un jardin sans soleil” (A life without love is like a sunless garden). Even without the message, though, the ring itself is noteworthy: a 5.13ct cushion-cut Burmese sapphire rests on top, and is flanked by a mosaic of Paraiba-like tourmalines and diamonds of various cuts. 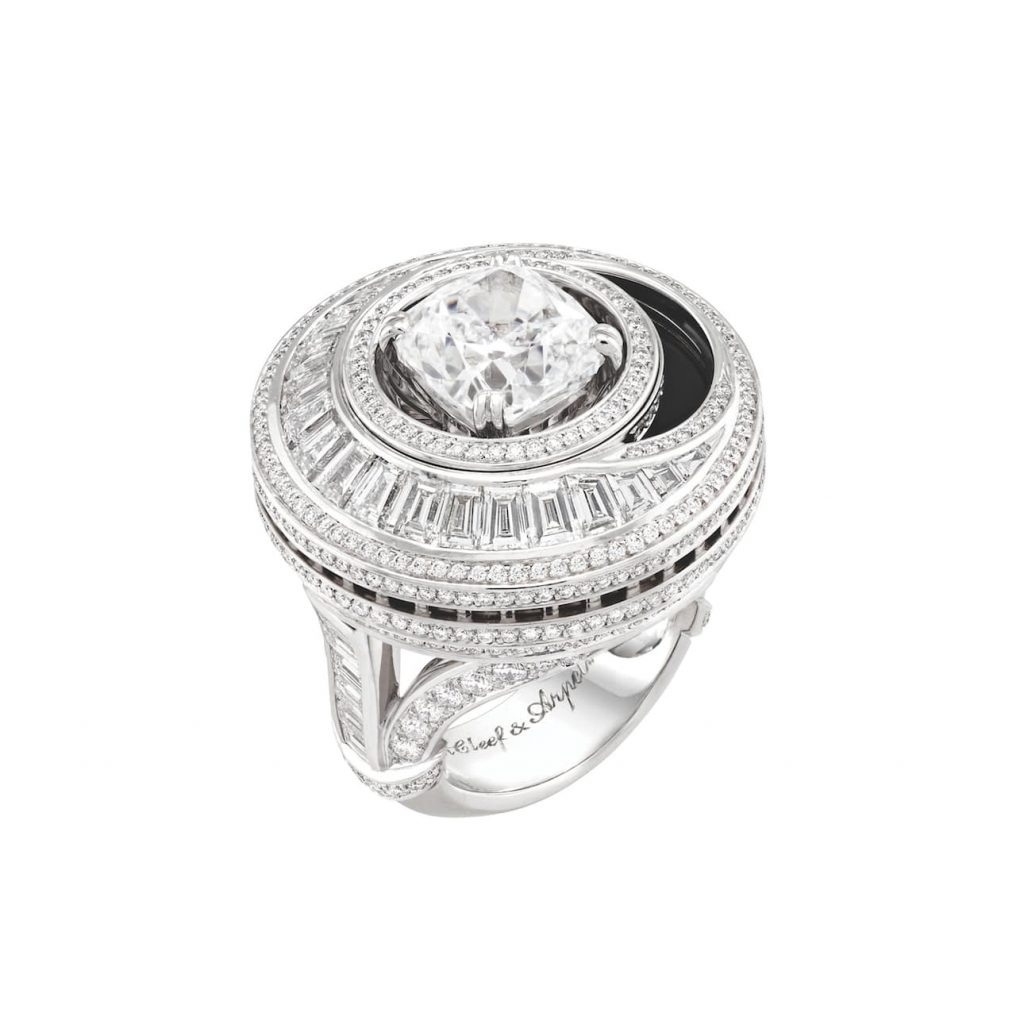 Another ring, the Lune, is built with a system that enables 360-degree rotation of a 5ct cushion-cut white diamond. This mechanism allows the ring to display two lunar phases, one showing a crescent moon in onyx. Seemingly innocent yet deceptively clever is the Petale de Papillon, a floral clip with yellow petals tipped with mauve. Thanks to an imperceptible mechanism, the wearer can lower one of the petals to release a butterfly, which has been perfectly camouflaged amongst the petals. It can then be worn on its own as a clip.

Yet other pieces offer different mechanisms and require different actions from those who seek to discover their secrets. 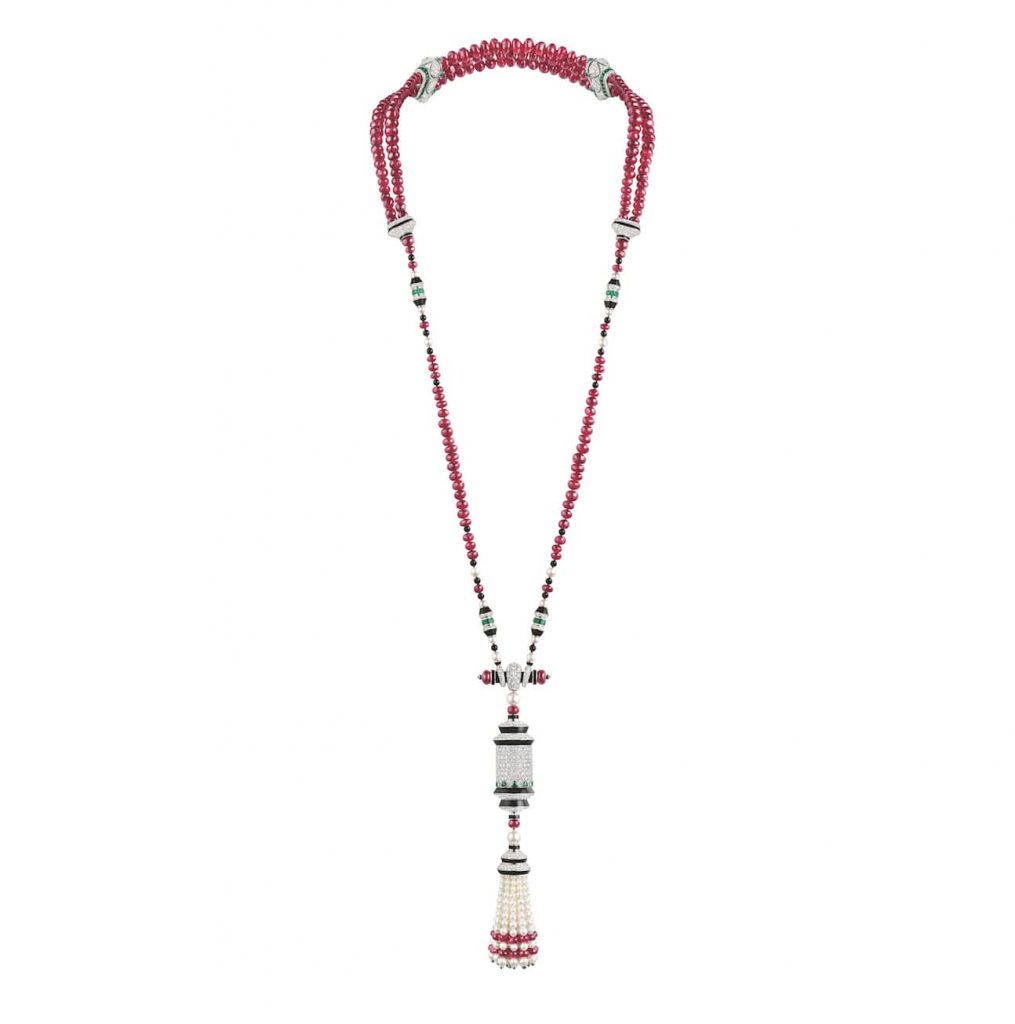 Slide a diamond door open to reveal a carved nightingale nestling within the pendant of the Oiseau Sur La Branche long necklace. 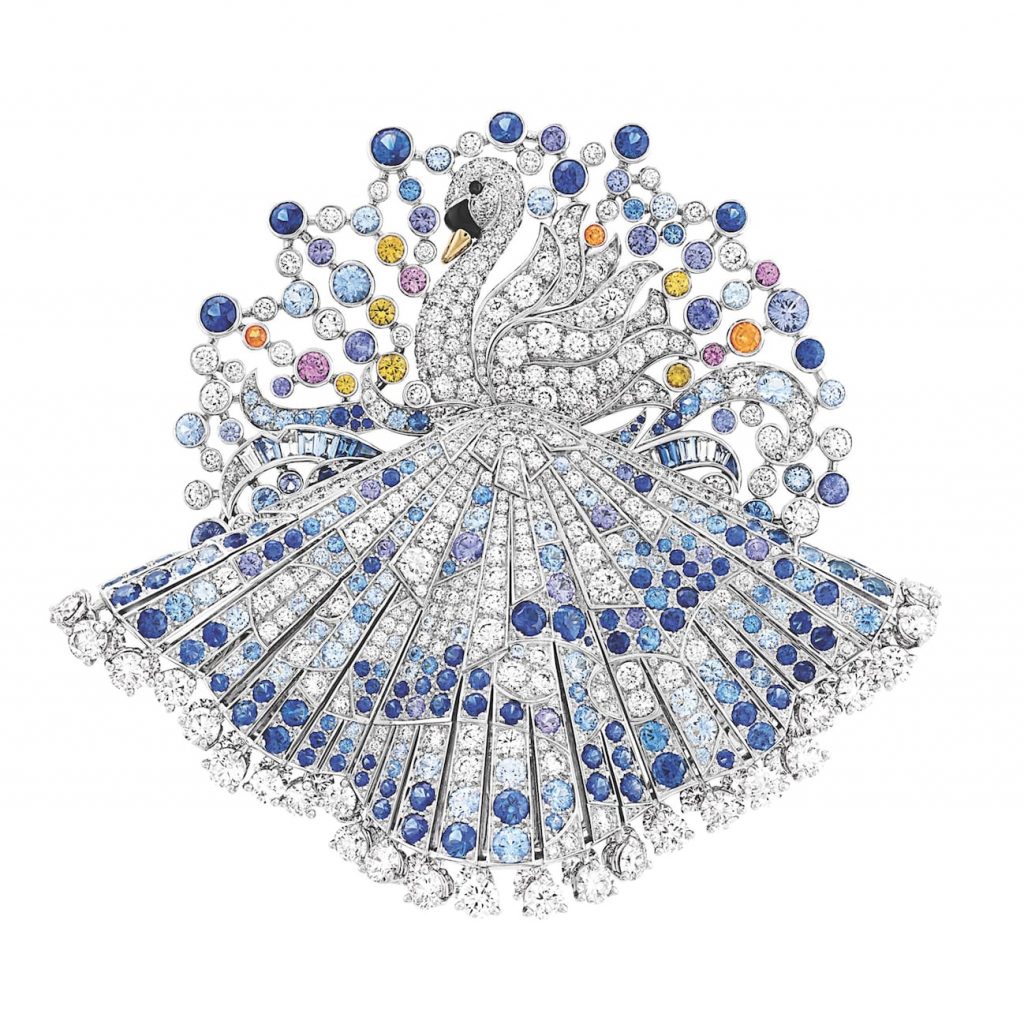 Rotate the back of the Metamorphose du Cygne clip, and a young woman with a full skirt is transformed into a peacock displaying its colourful feathers. 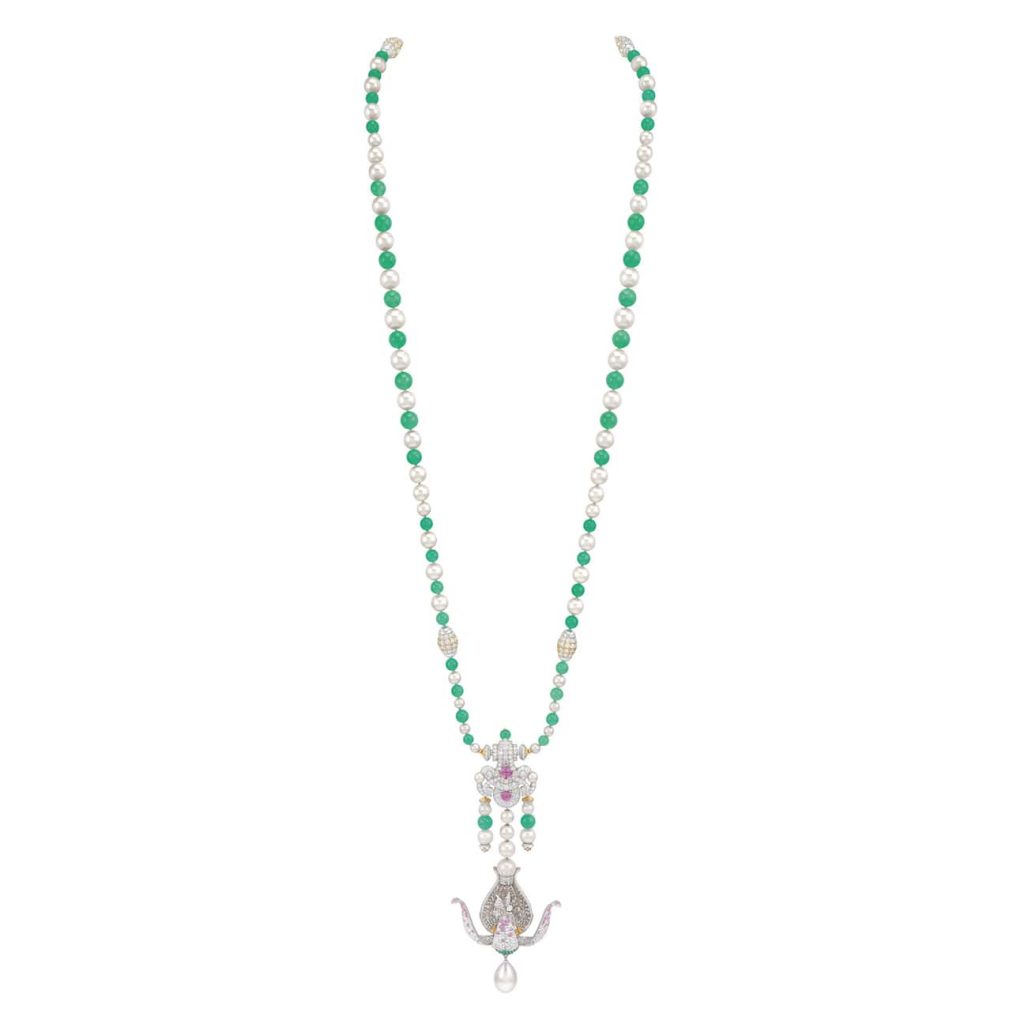 Lower the front petal of the Fleur de Lune necklace’s moonflower pendant, and discover a fairy hiding within.

Le Secret proves what fans of Van Cleef & Arpels have long known — beauty comes with technical expertise and hours spent in the atelier. And in offering mystery pieces, it gives wearers utmost pleasure. After all, there is something undeniably exciting, fun, and even sexy in walking around with a secret only you know and have the power to reveal. 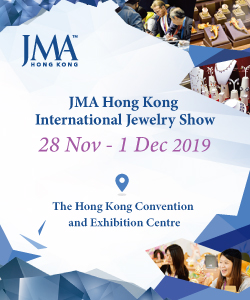