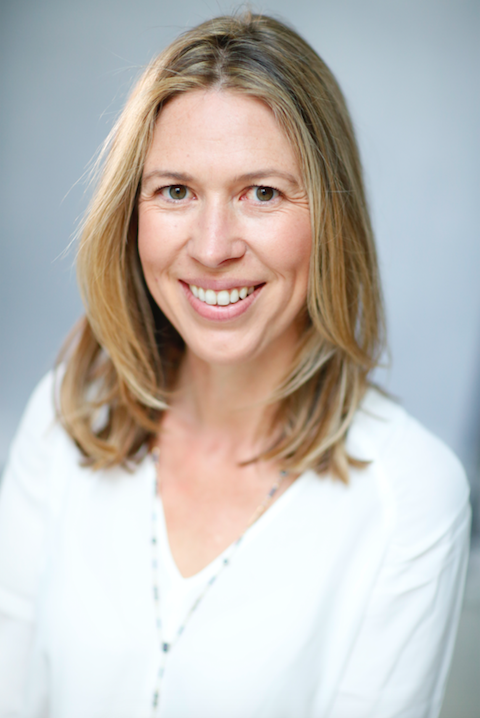 Francesca Cartier Brickell has quite a fascinating tale to tell. Ten years ago, she discovered in her grandfather’s cellar a “battered old trunk full of hundreds of long-lost letters, dating back over a century.” She realised that she couldn’t simply shut the trunk and leave them there. “This was a story that deserved to be told.” Her resolve to delve into the family history resulted in a ten-year research and travels all over the world. Francesca literally followed in her great-grandfather’s footsteps, using his diaries as a guide; she met elderly jewellery designers, pearl stringers, and salesmen who worked for her ancestors in London, Paris, and New York, and spoke to descendants of important clients all over the world – from heiresses to maharajas. Here, author Francesca Cartier Brickell tells us more about her book – The Cartiers. 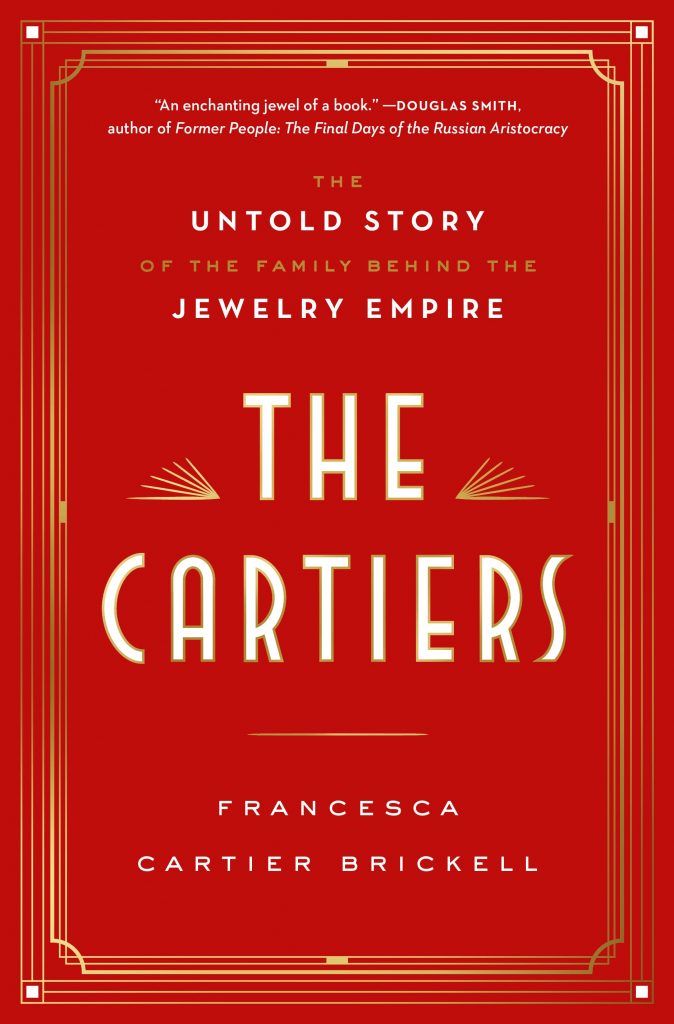 What are your fondest memories growing up and holidaying with your grandfather, Jean-Jacques Cartier?
My grandfather was a wonderful man, so generous, kind and modest – you would never have known he had been the last of the Cartiers to own and manage a branch of the store, or that he had created jewels for everyone from royalty to famous film stars. I feel very lucky to have known him for so long – he lived into his nineties, so I was in my thirties with a son of my own when he passed away. 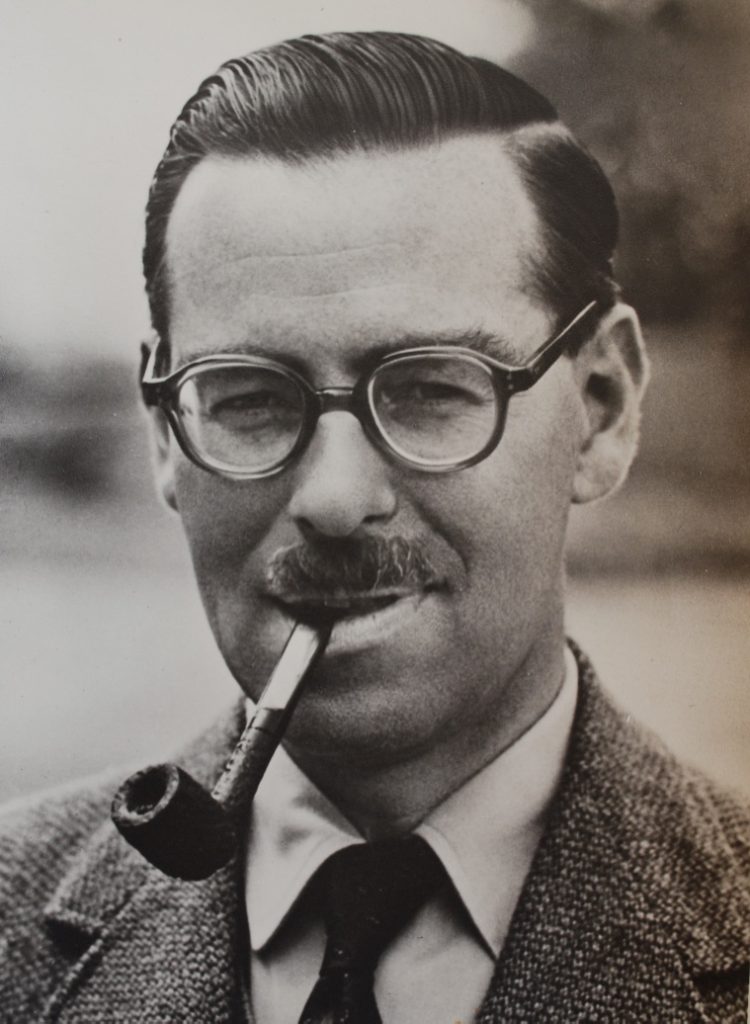 As a child, I remember him thrilling us with his pencil sketches of animals. He may have once designed jewels for Queens, but to his grandchildren – and later his great-grandchildren – those brilliantly lifelike or comical little drawings were more special than anything.

What inspired you to write about the story of the four generations?
Just over 10 years ago, it was my grandfather’s 90th birthday and all my family had travelled out to his home in the South of France to celebrate with him. After a birthday breakfast on his glorious terrace, he asked if I might fetch a special bottle of champagne he had been saving for us all. I went down to look for it in the cellar and, after what seemed ages rooting around unsuccessfully, I was about to admit defeat when I spied a battered old trunk in the corner. Thinking perhaps the missing bottle might be hidden inside I opened it, never expecting that the contents inside would shape the next decade of my life.

Inside were hundreds of long-lost letters, dating back over a century. As I would soon discover, they told the story of four generations of my family and the firm they had founded. After taking the case up to my grandfather, we spent the remainder of that summer delving into the trunk together, and suddenly those black and white ancestors that I had grown up seeing in photo frames around his house sprung to life. I realised then I couldn’t simply shut the trunk and leave them there for another few decades. This was a story that deserved to be told – if only to keep it alive for my children.

What unexpected discoveries did you stumble upon during your research, poring over old correspondence, notes, sketches, and ledgers?
There were lots of unexpected discoveries along the way – as one would perhaps expect when unraveling over a century of history! One thing that surprised me was how the Cartier women (largely neglected from the reported history) played such a critical role in the growth of the business. Strategic marriages helped keep the firm afloat in the difficult early days, and later helped it to expand.

As an example, when Louis Cartier married into the Worth fashion dynasty in 1898, Cartier was a small local Parisian jeweller, but the link with the world-famous Worths opened doors to an international client base. When the American banker J. P. Morgan heard that the granddaughter of his late friend Charles Frederick Worth was to marry Louis, he called for the groom-to-be, promised him his future custom, and bought $50,000 of jewels on the spot. Now that was an enormous leg-up for the then little-known Cartiers trying desperately to break into the international big league. Later, when Pierre Cartier married the wealthy American heiress Elma Rumsey, it opened society doors for him in America that helped give Cartier’s New York store a crucial boost in those early years.

Other unexpected discoveries included how Cartier Paris kept going during the German occupation of Paris in the Second World War, why the death of Louis Cartier was kept secret for over a year, and the critical role played by many of the loyal and talented employees, sometimes forgotten from the history books (those my grandfather referred to as the ‘unsung heroes’) who genuinely thought of Cartier, and indeed the Cartiers, as part of their extended family. 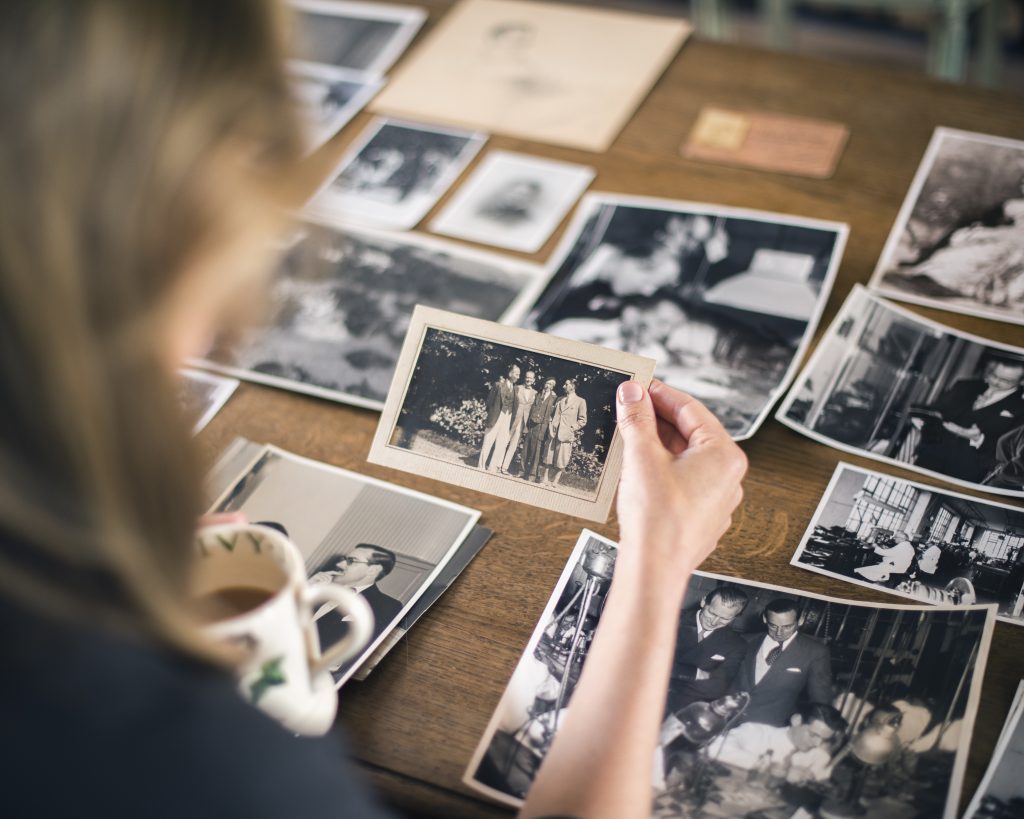 Where did your research take you?
Over the past decade, I have travelled all over the world trying to track down as many perspectives of the history as possible. I have met elderly jewellery designers, pearl stringers and salesmen who worked for my ancestors in London, Paris and New York. I have spoken to descendants of important clients all over the world – from heiresses to maharajas. I have followed in my great-grandfather’s footsteps using his diaries as a guide which has involved looking at pearls in the Persian Gulf, seeing sapphires mined in Sri Lanka, and staying in the same Indian palaces. It has been a far larger project than I ever expected at the start, but before my grandfather passed away, I reassured him that I would try to tell the family story as best I could, so I felt a duty to him to honour that promise. 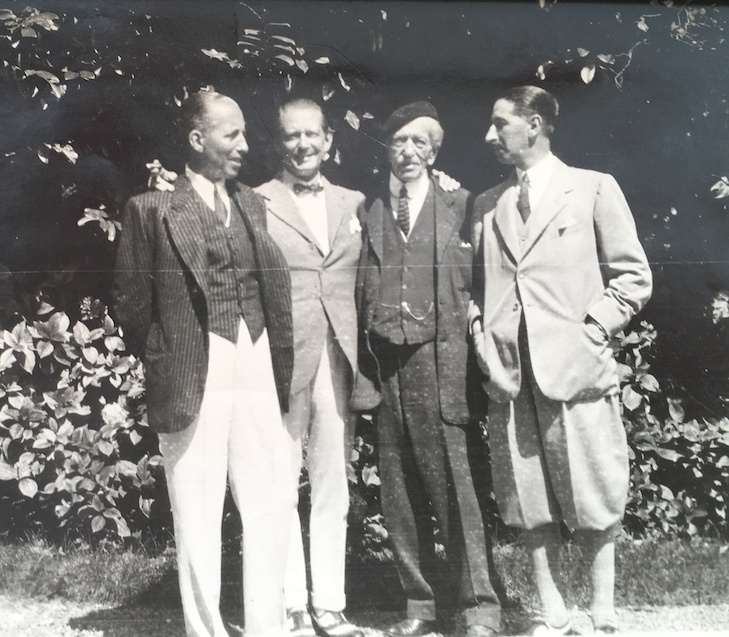 What was the creative motto of the three brothers – Louis, Pierre, and Jacques? What talents/vision did each of them bring to the brand?
My grandfather explained to me the family motto that had been passed down to him: “Never copy only create.” The idea was the inspiration could and should come from everywhere except from existing jewellery. Of the three brothers, it was Louis, the eldest, who was the most creative. For instance, he came up with the idea of the first wristwatch for men, and the idea of using platinum in jewels at a time when it was largely an industrial metal. Pierre, the middle brother, was a brilliant salesman. He knew instinctively how to gauge the motivations of each individual client. For example, with Evalyn McLean (who bought the Hope Diamond), he knew that by lending her the diamond overnight, he was more likely to secure a sale because she was more used to receiving beautiful objects than giving them back. And Jacques, the youngest brother and my great-grandfather, was a mixture of his two brothers: He loved to design, but he was also a keen businessman and very good with people. In time, he secured an incredibly loyal client base, many of whom became friends. Of the three, Jacques was also the gemstone expert and his many trips to India, the world’s gemstone trading capital, would ensure Cartier stayed one step ahead of the competition when it came to precious stones.

Tell us about the notorious stories associated with the Hope Diamond?
Since its discovery in seventeenth-century India by Jean-Baptiste Tavernier, a French gem merchant, all those who had owned or been close to the 45-carat blue Hope Diamond stone were said to have suffered terrible fates. If you were to believe the stories, their endings included being torn apart by wild dogs in Constantinople, being shot onstage and, in the case of Marie Antoinette and Louis XVI (who had enjoyed the diamond as part of the French crown jewels,) famously being beheaded during the French Revolution. My great-great uncle, Pierre Cartier, sold the gem to American heiress, Evalyn Walsh McLean, who never believed the curse but still suffered a fair amount of bad luck over her lifetime. Her husband, Ned, ran off with another woman and later died in a mental institution, their family paper, The Washington Post, went bankrupt, her son was killed in a car accident, and her daughter died of a drug overdose. Vagaries of life, maybe, but enough to bolster the Hope’s notoriety.

From among the jewels created at Cartier, how did you pick the important pieces to talk about?
Yes, in my book, I focused in on a few special pieces in separate “spotlights” (like the Romanov Emeralds or the Crash Watch). I tried to offer a variety of different creations, from jewels to watches to cases but I also wanted to discuss pieces where there was a story to tell behind their creation. 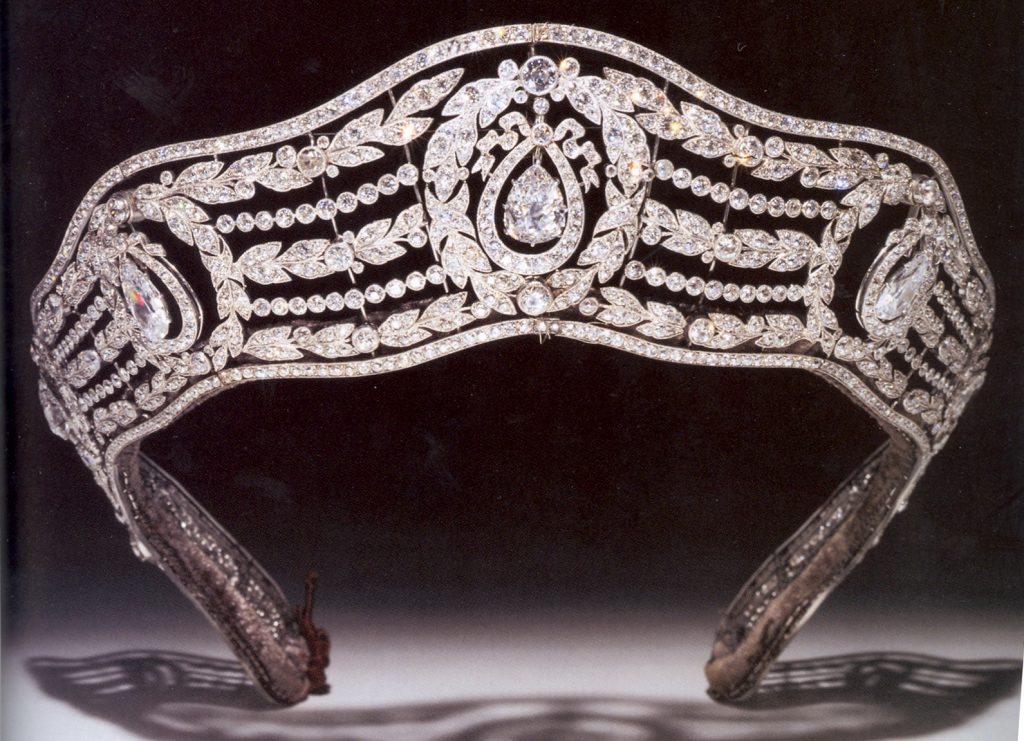 For example, I talk about how my great-grandfather’s trips to India filled him with awe at the bright colours he saw there – “In India, one does not see as in the English sunlight.” It was this vivid impression that led him to create his “Hindou jewels” as he called them at the time (now known as the Tutti Frutti jewels).

What’s in the pipeline?
Well, I am off to India next to speak at the Jaipur Literature Festival in late January. After that, I have the odd event lined up that I’ve been approached about. I would like to return to America and perhaps Asia too. I did a lecture last year in China, visiting Shanghai and Nanjing, which I really enjoyed. All that said, I promised my patient children to be around more this year so I will have to limit my travel somewhat!

For more information on the book The Cartiers, click here