Socialite. Businesswoman. Philanthropist. Marjorie Merriweather Post — heiress and owner of the General Foods Corporation — lived life on a grand scale. Post became the richest woman in the United States at age 27, when she inherited her father’s company. Throughout her life, she was a great collector of art, antiques, furniture, and jewellery. 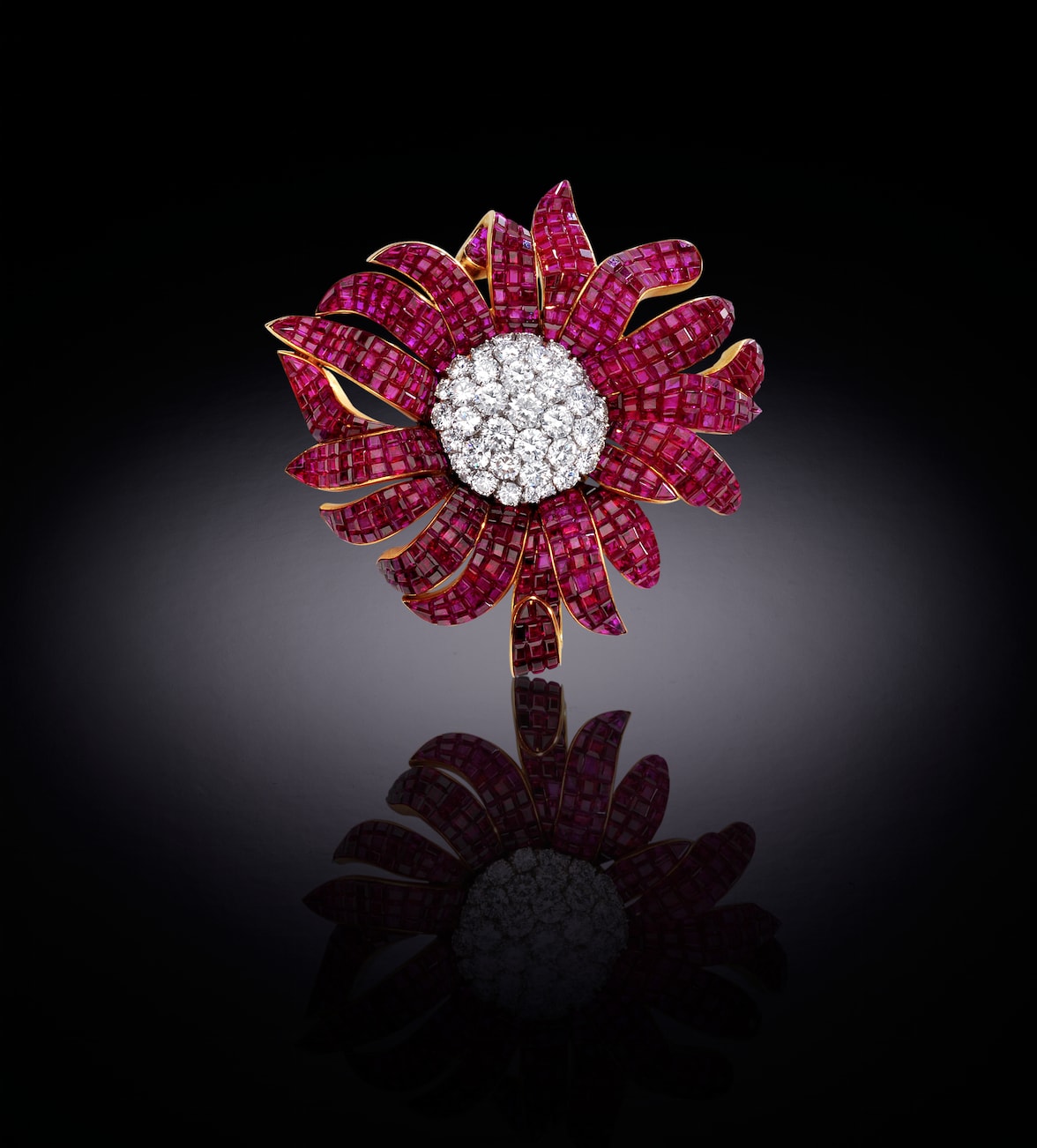 Her fabulous jewellery collection was legendary. It had been called ‘one of the most remarkable collections of jewellery ever amassed by one of the greatest jewellery collectors of the 20th century’. A special exhibition, Spectacular: Gems and Jewelry from the Merriweather Post Collection”, is on view through the end of the year at Hillwood, her estate, now a private museum, in NW Washington. A dramatic diamond and ruby brooch fashioned into a marguerite by Van Cleef & Arpels is a bold punctuation mark on the exhibition’s publicity announcement. Post was especially fond of objects with a historical pedigree. With her third husband, Joseph E. Davies, ambassador to Russia, she purchased Carl Faberge eggs and decorative objects. She acquired the largest collection outside of Russia, which she donated to museums, including many to the Virginia Museum of Fine Art, Richmond. Not satisfied merely to collect, Post became a connoisseur. The exhibition tells the stories behind her remarkable gemstones and the jewellers’ craftsmanship. 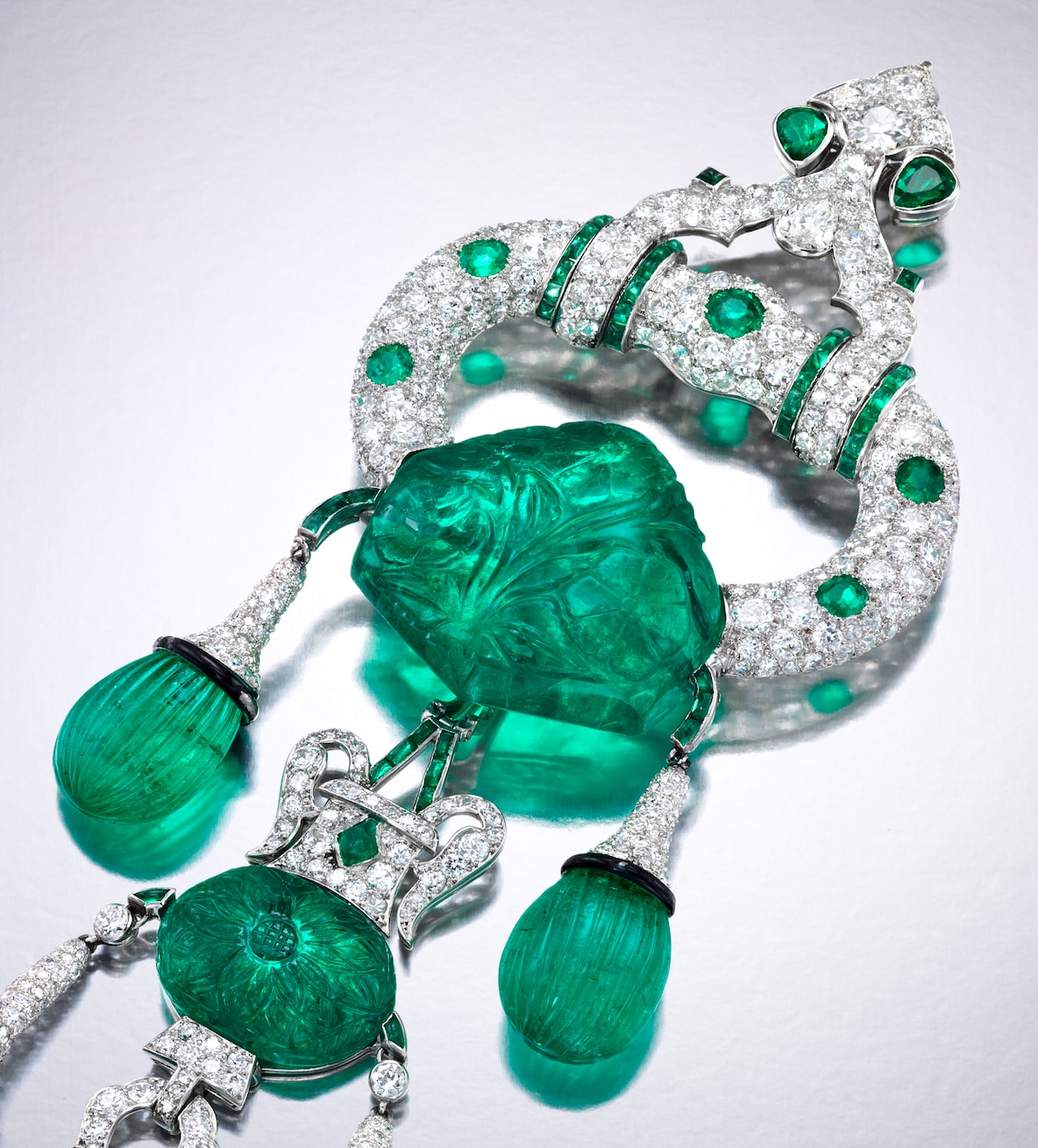 She liked the colour green and emeralds, which flattered her complexion. She wore emeralds to the 1953 coronation of Queen Elizabeth II at Buckingham Palace. In her car, afterwards, she noticed that the 21ct emerald that had been owned by Emperor Ferdinand Joseph Maximillian of Mexico had fallen from its setting. Fortunately, it was recovered, and visitors can view it in the Hillwood exhibition. 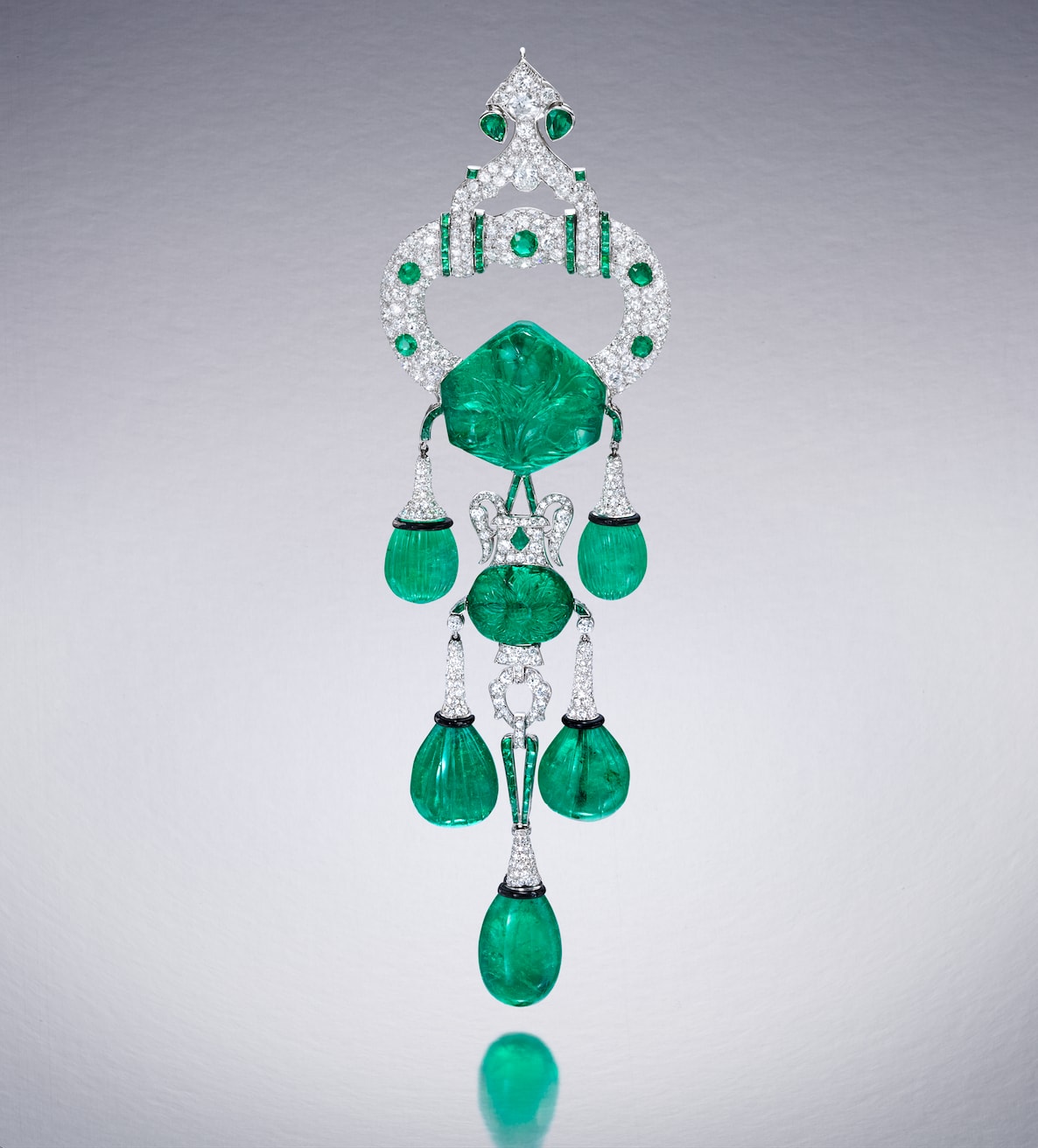 Post commissioned pieces from the most important jewellers in the world, including Cartier, Van Cleef & Arpels, Harry Winston, and Verdura. An emerald and diamond pendant brooch made in the 1920s by the London branch of Cartier is particularly noteworthy. It features more than 250 carats of carved Indian emeralds from the Mughal period, including a large emerald carved with a 17th century motif of a flower bearing Persian inscriptions on one side. She purchased the renowned Napoleon diamond necklace from Harry Winston who had acquired it at a New York auction. Napoleon I had commissioned the French firm Nitot & Fils to create something extraordinary for his second wife, the Archduchess Marie Louise of Austria, when she presented him with a son. The opulent diamond necklace was a favourite of the archduchess, who often wore it for her portraits. It is on display at the Smithsonian Museum of Natural History. The Post collection features several pieces by Cartier, with whom she sometimes collaborated on the design. These include a diamond and emerald brooch, two turquoise and amethyst necklaces, and a sapphire and diamond bib necklace. Post was an elegant woman who wore her jewellery with style. But she was more than just a ‘fashionista’. Her father, C.W. Post, had groomed his only child to handle his fortune responsibly. From the time she was a little girl, he took her to his office at the Postum Company. As his company grew into the giant C.W. Post Cereal Company, his father taught her about the business. And he taught her well. “Spectacular”, the exhibition at Hillwood Estate, Museum, and Gardens, is a tribute to Marjorie Merriweather Post, the woman who championed beauty, power, and philanthropy. “She saw jewellery not only as objects, but also as works of art worthy of display,” wrote the late Liana Paredes, in the lavishly illustrated museum publication.