As women assume increasingly important roles at work on top of their traditional duties at home, the cause for work-life balance becomes significant. A spirited exchange about how women can achieve and maintain work-life balance marked the fireside chat hosted by Emperor Watch & Jewellery and Patek Philippe.

The participants’ diverse professional backgrounds generated a variety of viewpoints and approaches to the topic. They thoughtfully considered the realities of an increasingly competitive workplace, the resources that are available for them to cope with expectations at work and at home, and the contribution of their own organizations to advance a better work-life balance among employees, especially among women. Defining work-life balance can be difficult. Sierin saw “work as an integral part of life, whether it’s at home or in the workplace,” so that seeking a balance between them is simply not an issue. “It’s the same whether it’s the office or the home, it’s still work. It depends on you to make the adjustments, but you can definitely bring your life to it.”

Indeed, there exists a presumption that people should place work above everything else. We often say that ‘the family will understand’ one’s shortcomings, but we rarely assume the workplace to be as tolerant. When it comes to work and life commitments, the balance often tilts in favor of the workplace.

Behind this attitude of prioritizing work commitments is the heightened competitiveness for keeping a job and perhaps getting a promotion. Shulin, who left her law practice to start a recruitment firm that services the legal profession, recalled the culture of high expectation at a law firm. “If someone was seen leaving the office at the end of the workday, one of the partners would say, ‘Oh, working half day today!’. I carried that with me for a long time.”

Today, she places as much value on building life outside work, coaching jobseekers to state their life goals — “I aim for what is sustainable; I want to be an effective worker as well as a mother” – without sounding like looking for the easy way out. Identifying one’s life goals clearly and pursuing them passionately is a step towards work-life balance. After a couple of years performing at peak in her job at an agency, Amra reached a breaking point. “I was often working 24/7; product launches happened on weekends, at nighttime, and it became too much.”

She left the job and found work at disability employment helping people with disability find a job. “It was a big switch,” she remarked. It also gave her a chance to decide what was important in her life.

“The world will not stop if we took a break or made a mistake. When I return to work tomorrow, it will still be there.” She echoes Sierin’s assertion that work is life, adding that it becomes passionate when people bring their whole self to it.

This was also emphasized in Deepa’s realization: “I gave up the illusion a long time ago that I can be perfect at everything — because that was not being kind to myself. I have learned to ask for help and say no to things. I have learned that leadership is about modelling a behavior that other can also feel empowered to take a different decision.”

In the course of a single day, the participants noted, a woman is typically called upon to fulfil several roles. She is in turn a colleague and a boss, a mother, a partner and a homemaker. Implicit in those roles are high expectations of responsiveness and efficacy.

Two-income households are more common nowadays, and men are also seen as more receptive to sharing household chores with their families. However, a recent study by Institute for Gender and the Economy also show that women around the world spend more time on household responsibilities than men, and with their increased participation in the workforce, they face greater stress and a higher risk of burnout.

In Singapore, employees’ welfare protection is enshrined in the labor laws. On top of these are other mechanisms that individual companies can implement to effectively extend work-life balance policies. All the participants brought up how they support work-life balance with flexibility in work arrangements and time off, providing for time with the family, and understanding the need for personal time. “My gym schedule is blocked off in my calendar,” said Amra. “If someone wants to see me during those times, I simply suggest another time.”

Among the major takeaways from the conversation are that women mostly succeed in achieving and maintaining work-life balance because of their innate empathy and caring nature, as well as their ability to juggle different tasks, as Sierin pointed out. By acknowledging their strengths and weaknesses, having clear priorities, learning to say no, and delegating tasks or working in groups instead of doing things alone, women can realize a better work-life balance.

Deepa expressed it succinctly when she pointed out: “When I shut down my computer at the end of the day, and tell everyone around to wrap up & step out — get a life, I think it is much more useful for the team than giving them a talk about efficiency or work-life balance.” History At A Glance

Women played an important role in Patek Philippe’s history. The Swiss watchmaker is renowned for an artisanal approach that combined mechanical precision and finely handcrafted finishes and decorations — which appealed to women.

When women began wearing timepieces, they chose pendant watches which were veritable jewelry pieces of high ornamental value. In 1839, as archival documents show, Patek Philippe sold three such pieces to a Madame Goscinska.

As wristwatches grew in popularity around the 1870s, the womenfolk were among the first to wear them. (The men, meanwhile, still carried pocket watches which, although also exquisitely decorated, were mostly kept away in their breast pockets.)

Women appreciated and, therefore, helped sustain the invaluable artisanal input that Patek Philippe is known for. Countess Koscowicz of Hungary, was among the first converts to wristwatches, commissioning a piece from Patek Philippe around 1868.

But the brand excelled in mechanical innovation precision as well. Queen Victoria was said to have been fascinated by Patek Philippe’s keyless winding system. And Madame Curie, recipient of the Nobel Prize for physics and for chemistry, told time with a Patek Philippe watch.

Among the interesting threads in the latest Women’s Power Conversation was how women can go through a single day attending to different demands. This they perform with deft skill and clear purpose, confident in their abilities to deliver, or even surpass, expectations.

Patek Philippe celebrated this with the first Twenty~4 collection in 1999, which further expanded the brand’s presence in the ladies’ watch segment. The range initially comprised ladies quartz watches bearing feminine elegance, versatility and beauty — each one created to accompany women in their everyday lives around the clock, hence the name.

The collection encompasses diamond-set rose gold and stainless steel models that are in step with its wearer for whatever and wherever she may be within the day. They go from morning till night — from work to leisure and beyond — with impeccable precision and style.

In 2018, Twenty~4 Automatic was launched to complete the existing range. The new series of self-winding mechanical ladies watches features a round case and the Caliber 324 S C self-winding movement with date aperture and sweep seconds.

Patek Philippe launched the digital-first ‘Rituals of My Life’ campaign which celebrates a modern woman’s personal routines, traditions and moments.

The campaign is particularly resonant against the background of the pandemic, serving as a reminder how such rituals reclaim the structure, calm and joy that exist in every single day. With the rousing tagline ‘Begin your own tradition’, the campaign speaks directly to women, encouraging them to live their lives with confidence.

Indeed, Patek Philippe is among the earliest watchmakers to identify women’s need for a different way to tell time, to which it responded with models that bear technological mastery and exquisite decorative enhancements. Through the centuries, wealthy and high-born women sought Patek Philippe timepieces to tell time. This enduring partnership remains until today. 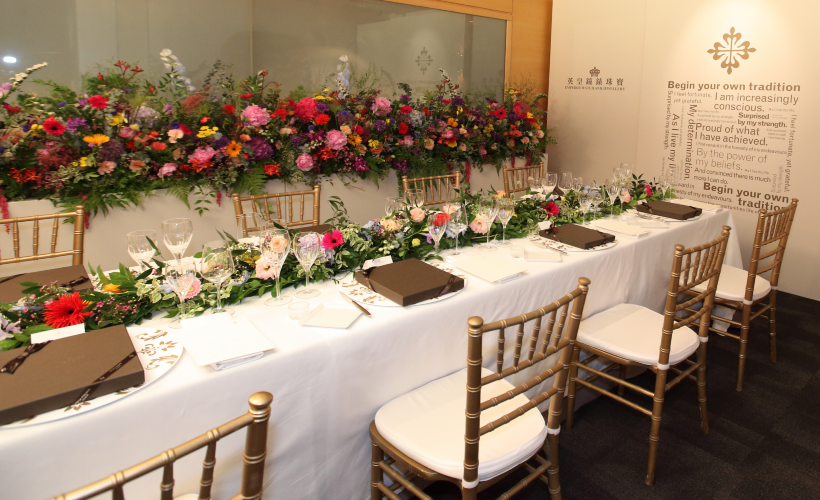 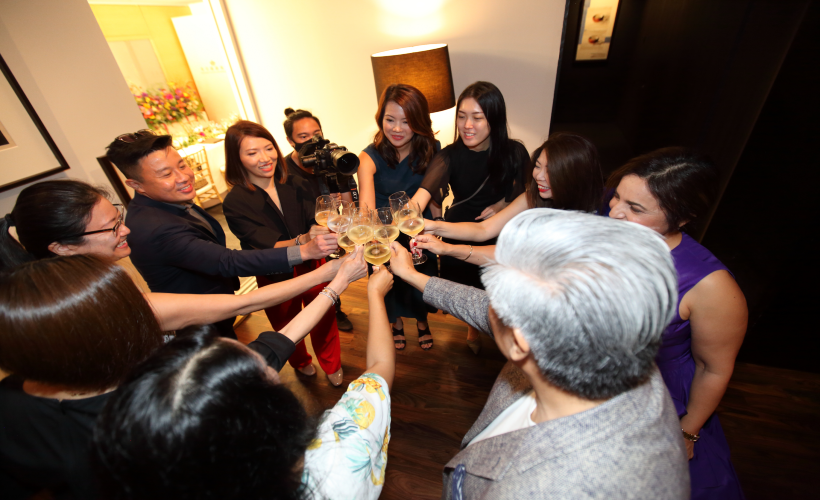 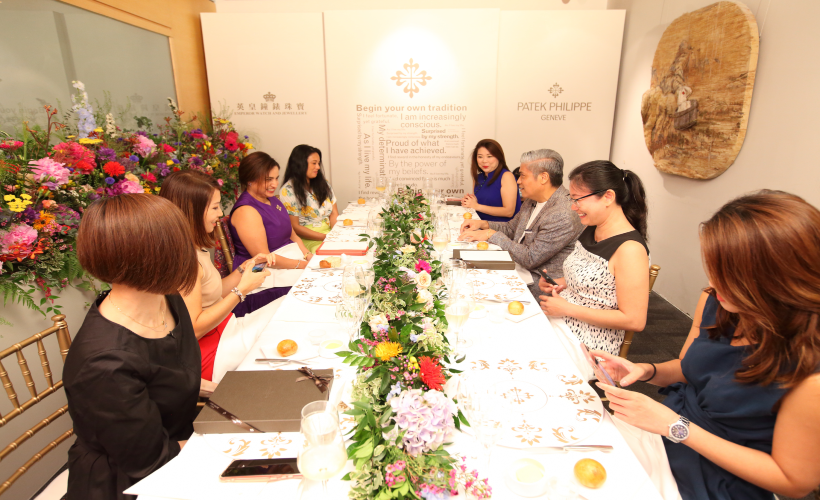 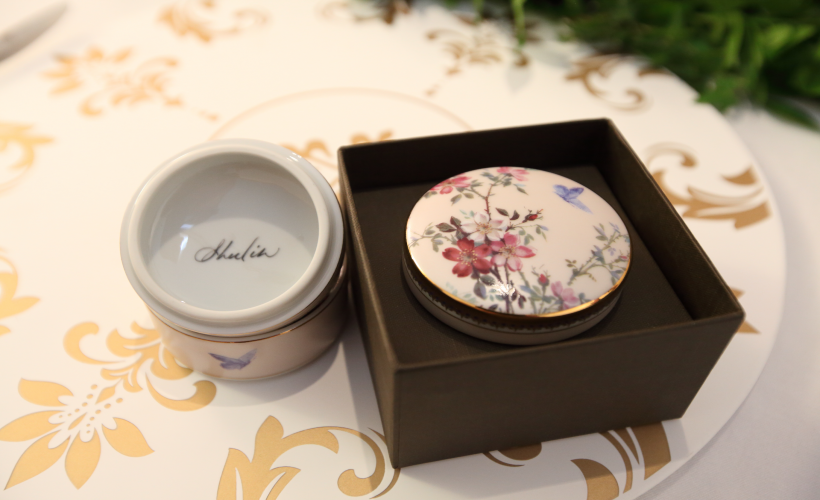 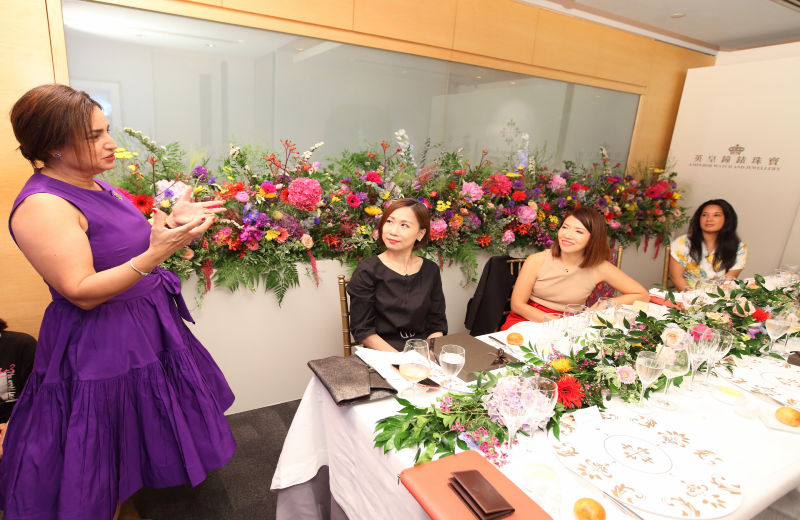