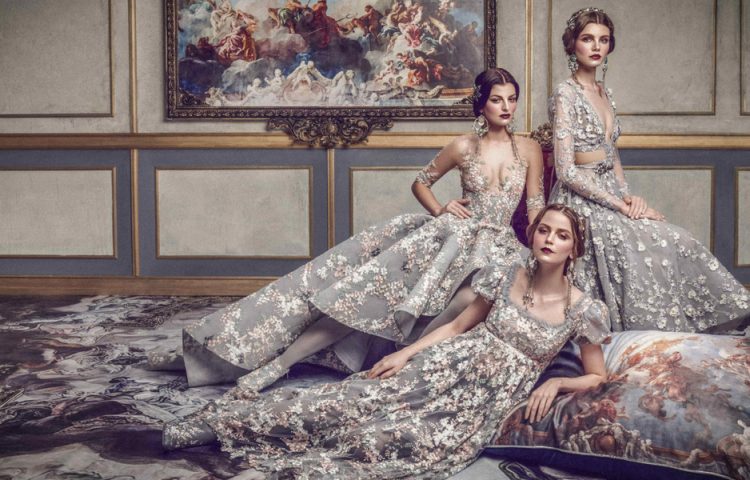 Ode to our favourite Asian designers

FOR MANY YEARS, SCREEN GODDESSES CARRIED THE TORCH FOR STYLISH ASIAN REPRESENTATION: the tragic glamour of Chinese-American Anna May, the vulnerable beauty of French-Vietnamese France Nuyen, and the allure of Hong Kong-born American Nancy Kwan. Then came China Machado, the Portuguese-Chinese who challenged the Western ideals of beauty in the modelling and fashion world, later on continued by Filipina Anna Bayle. With her strides on and off the runway, Machado inevitably paved the way for the emergence — and acceptance and acclaim — of Asian designers, like the Japanese intellectuals Issey Miyake, Rei Kawakubo, Kenzo, and Yohji Yamamoto. As the 21st century closes its second decade, Asians are no longer regarded as second-class citizens on the world stage. We pay tribute to five of our favourite Asian fashion designers, who are making a huge impact in the industry. Her fashion awakening started during the Cultural Revolution in China, a time when being fashionable was unheard of. An innovator and an artisan, Guo Pei is known for her couture creations that are both grand and magnificent.

Her clothes are invariably inspired by her country’s ancient legends, myths, and military traditions. The Yellow Empress dress-cape that Rihanna wore at the 2015 Met Gala’s “China: Through the Looking Glass” exhibition weighs 25 kilograms and took 50,000 hours of work in hand embroidery. The dress catapulted Pei, a top-of-her-class graduate at the Beijing School of Industrial Fashion Design, to the apex of the fashion world. She held her first solo exhibition at the Musée des Arts Décoratifs in Paris in July 2015 and later that year received the coveted invitation to be a member of the Chambre Syndicale de la Haute Couture. In 2017, Pei collaborated with Chopard Co-President Caroline Scheufele to create a unique high jewellery collection that brings together the core principles of couture and high jewellery: “lines and movement, architecture and light, details and majesty”. Of her heavy Chinese references, she said to The Guardian in 2017: “To me, it’s just something that comes out naturally. I think my culture is my language and my blood and I can’t separate that from my work. I actually feel that today’s haute couture is not doing so great, but I am optimistic. I feel that, if one person does it and is persistent about it, it will inspire others.” He dropped out of the Parsons School of Design in 2004, launched his eponymous brand in 2005, made a splash at the Autumn/Winter New York Fashion Week in 2007, and became creative director at the heritage fashion house of Balenciaga in 2012 to 2015. In between, the San Francisco-raised, New York-based Chinese-American Wang won the top award from the Vogue/CFDA

Fashion Fund. In 2009, he received the Swarovski Womenswear Designer of the Year award, as well as the Swiss Textiles Award. In 2011, he was the CFDA Award for Best Accessory Designer winner. A prolific sportswear master, Wang releases menswear and womenswear lines, his T by Alexander Wang diffusion line, shoes and accessories. 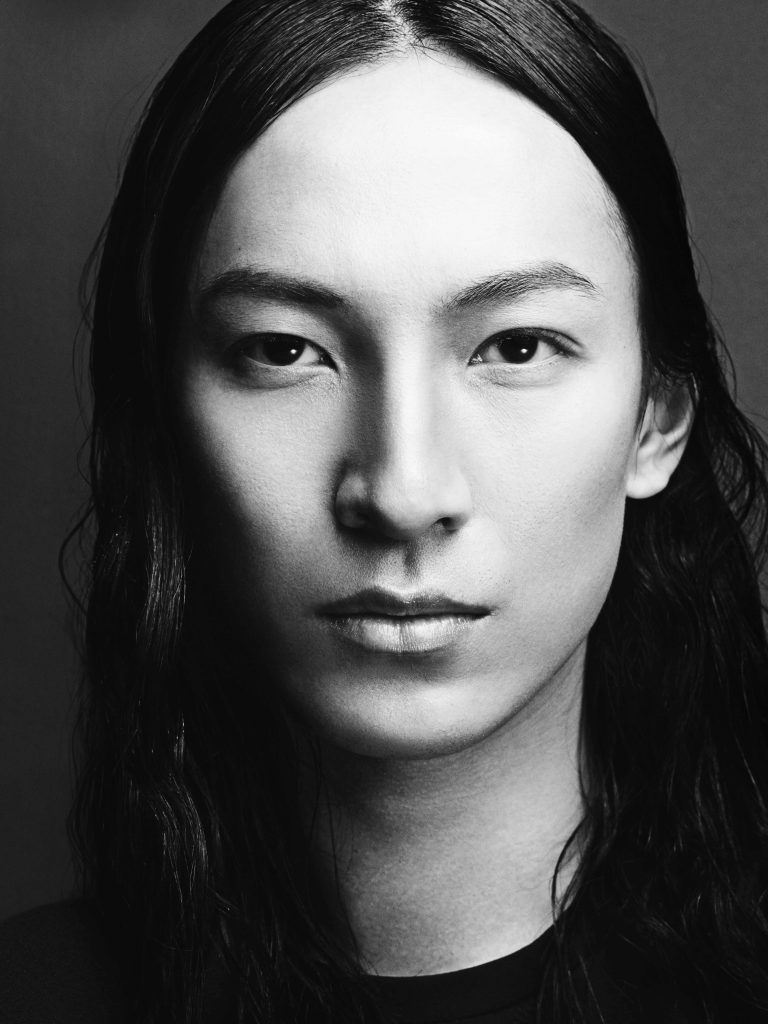 “The idea for me at the beginning was always two things. It was always to tell a story and build a connection with the customer and an audience. For me, if you don’t have those two things, in my opinion, it’s not worth it,” Wang revealed in Vogue Voices, a YouTube series.

“A lot of people look at me and look at my age and they immediately have this perception of the brand being what it is. Sometimes our customer is a lot younger, sometimes our customer is a lot older,” Wang, 37, continues. “I think that what’s so great and what inspires me every day is that our brand is more about a sensibility and an attitude. It’s not defined by where you live or how old you are or what your cultural background is.” “My philosophy has always been to build a garment from the inside out,” Jason Wu says about his classic sportswear-cum-couture craftsmanship dresses. Born in Taiwan and raised in Canada, he broke into the mainstream fashion with the inaugural gowns and special-occasion dresses he creates for US First Lady Michelle Obama.

At 36, Wu has been a finalist at the 2008 CFDA/Vogue Fashion Fund, won the Swarovski Award for Womenswear at the CFDA Fashion Awards in 2010, nominated for the CFDA/Swarovski Award for Accessory Design in 2011, honoured with the Fashion Star Award at The Fashion Group International Night of Stars 2015, and received the 2016 International Designer of Year at the Canadian Arts & Fashion Awards.

His Jason Wu Collection is unique in the sense that his fabrics are 90% designed and exclusive to him by his suppliers in Italy and France. In 2016, he expanded his already remarkable range with the GREY Jason Wu, an allied line but with a more relaxed attitude with chic silhouettes and playful graphics. 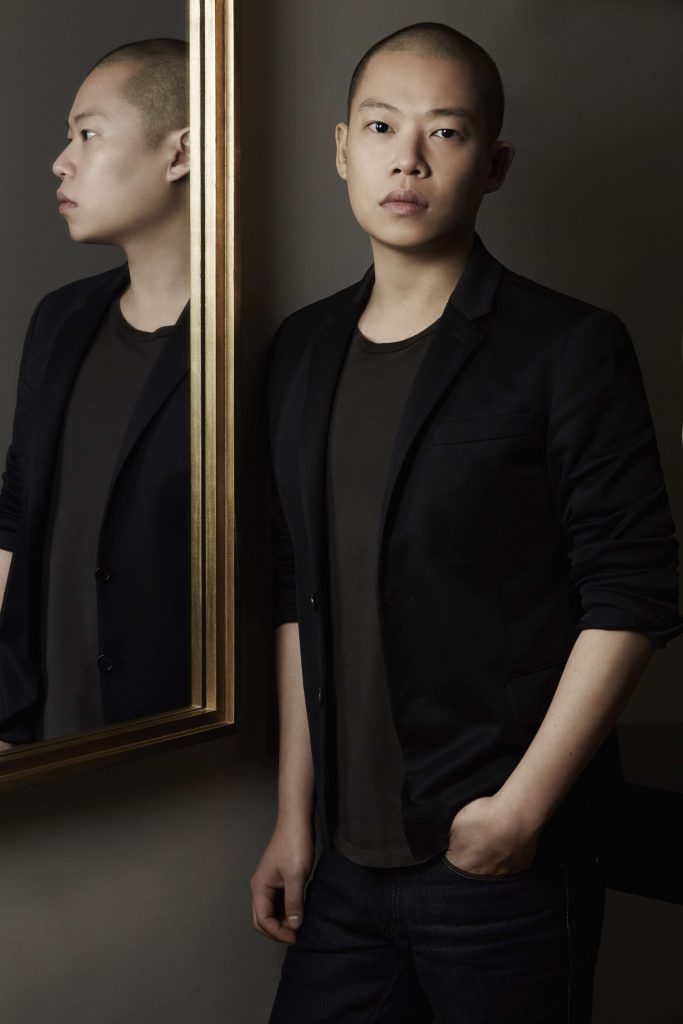 “I create clothes for women who are not only fiercely fashionable, but also own their power and femininity,” Wu shares. After the earthquake that struck his native Nepal in April 2015, Gurung invited monks to open his September show in an effort to focus attention to the tragedy. It was a fundraiser that gathered $1 million in aid.

Such initiative is innate in Gurung, who is considered the most “woke” man in fashion today. “[Being a designer] doesn’t make us less concerned about what’s happening in the world. Fashion is not the land of the stupid,” he told The Washington Post in January this year. Outspoken about issues that plague fashion industry, such as inclusiveness, diversity, plus-size models, and sexual harassment, Gurung uses his influence to address these head-on. At his Fall 2018 show at New York Fashion Week this February, the front row was graced by Me Too founder Tarana Burke, transgender author Janet Mock, transgender actress Laverne Cox, the equally outspoken Whoopi Goldberg, and political staffer Huma Abedin. Gurung’s “feminine feminist” philosophy has attracted the most famous feminist of all, Gloria Steinem, who attended her first fashion show in September 2017 for his Spring 2018 collection.

Born in Singapore and raised in Kathmandu, Gurung started designing in New Delhi, finished his studies at the Parsons The New School for Design, interned with Cynthia Rowley, appointed design director at Bill Blass, launched his namesake brand, and won the 2011 CFDA Swarovski Award for Womenswear. All this before he was 38. As he continues to make romantic, light-hearted, feminine frocks, Gurung is also as engaged with his activism. In 2011, the Gurung family established the Shikshya Foundation Nepal, which provides education to underprivileged children. In the same year, he was named goodwill ambassador for Maiti Nepal, which prevents trafficking in women. “For me, designers are vehicles for telling a larger story. What happens on the runway, what happens in an ad, are part of a bigger cultural narrative,” he told The Washington Post.

“I live in Dubai where everyone aims for the unbelievable — like the tallest, the highest, the biggest, the greatest. So if you are dealing with clients who have the biggest diamond rocks and the most expensive bags and jewellery every day, anything else you see seems normal,” Cinco said in 2011 as he prepared to do his biggest show to date in his native Philippines.

Since then, the United Arab Emirates-based couturier has dressed the brightest stars in the music, entertainment, and pageant worlds. Beyonce, Jennifer Lopez and Mariah Carey have all worn his spectacular creations. Miss Universe 2015 Pia Wurtzbach wore a cobalt blue ballgown when she turned over her crown to France’s Iris Mittenaere, who, in turn, wore a Cinco red-hot number when she crowned her successor from South Africa, Demi-Leigh Nel-Peters. At the Cannes Film Festival in May last year, Miss World 1994 and Bollywood superstar Aishwarya Rai was the belle of the ball. She wore a voluminous skirt made of 100 meters of tulle. “The dress was inspired from a painting of Infanta Maria Theresa, the wife of the Sun King Louis IV of the Palace of Versailles,” Cinco says. But Cinco captivated the world’s imagination when Victoria Swarovski, the Swarovski Crystals heiress, chose Cinco over all other haute couturiers her family supplies crystals to, to do her wedding gown last year. The gown featured a six metre-long train in delicate French lace and Swarovski beads in minute crystals. Estimated to cost more than a million US dollars, this Cinco masterpiece was deemed the most expensive celebrity wedding gown of all time. “As a designer, I am always open to all possibilities. I thrive on surprises,” says Cinco.