Brent Neale Winston liked to play with her mom’s jewellery box that sat on top of the dressing table. “I knew I wasn’t supposed to go in there without asking, but I couldn’t help myself,” she recalls. 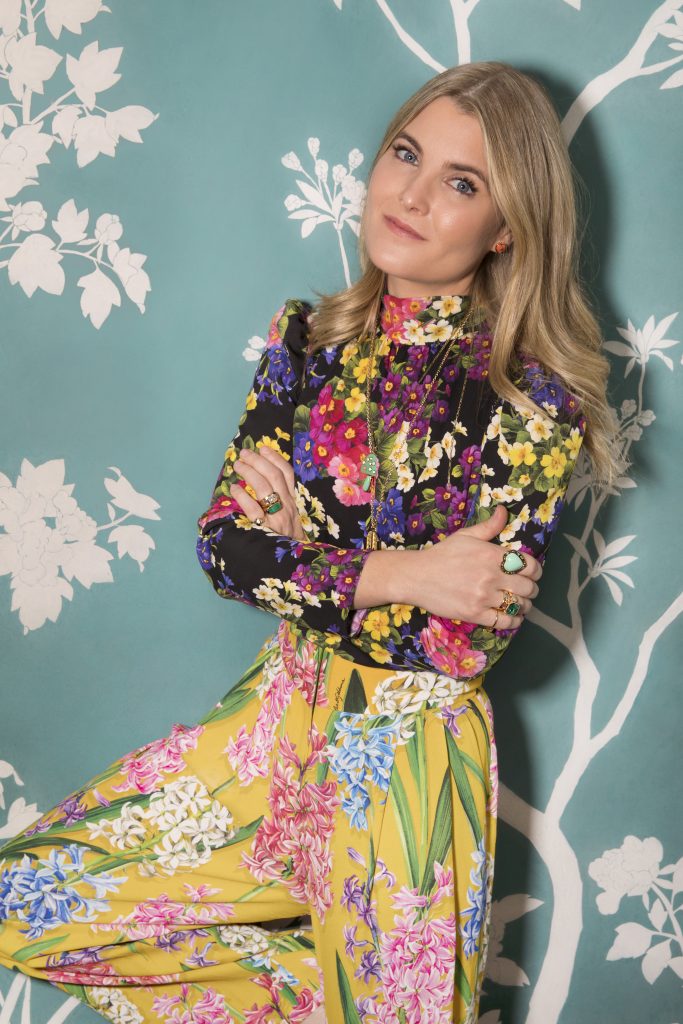 Winston never set out to be a jewellery designer. “I didn’t really consider it a career choice when I was younger, as I didn’t know anyone that was in the field. My mom took me to a gem show at a convention center outside of Washington D.C., and let me buy some strands and that’s how it really began for me.” She was self-taught and Winston used semi-precious beads to create mostly necklaces, which she sold to a little store in East Hampton during her time at Johns Hopkins University.

Winston moved to New York City later on and worked in product development, subsequently quitting to purse a two-year associates degree in Jewellery Design at the Fashion Institute of Technology (FIT). “During my second year at FIT, I also spent interning for fine jewellery designer Kara Ross, which helped me pay for school and learn what it’s really like working in the industry,” shares Winston. Eventually, she went on to work for Kara Ross, running her fine jewellery and costume jewellery businesses for eight years.

Today, the New York-based jeweller is known for her whimsical designs set in an array of coloured gems. Winston has a penchant for using carved stones in her designs: Mushrooms, doors, potted plants, cannabis tiaras, wild flowers and the like carved out of turquoise, lapis lazuli, malachite and amethyst, among others. She has such fun names for her collections too — After The Rain, Down The Rabbit Hole, Passageways, Potted. As a result, her work is a joyful passageway into her world of fine jewellery that is witty, memorable, and nostalgic.

Artemis, her SS20 offering, composed of 18karat yellow gold pieces perfect for layering, is an ode to her favourite Greek goddess. Aptly named after its muse, the collection – with its miniature arrows, hearts and knots – ranges from USD $700 to $11,000. 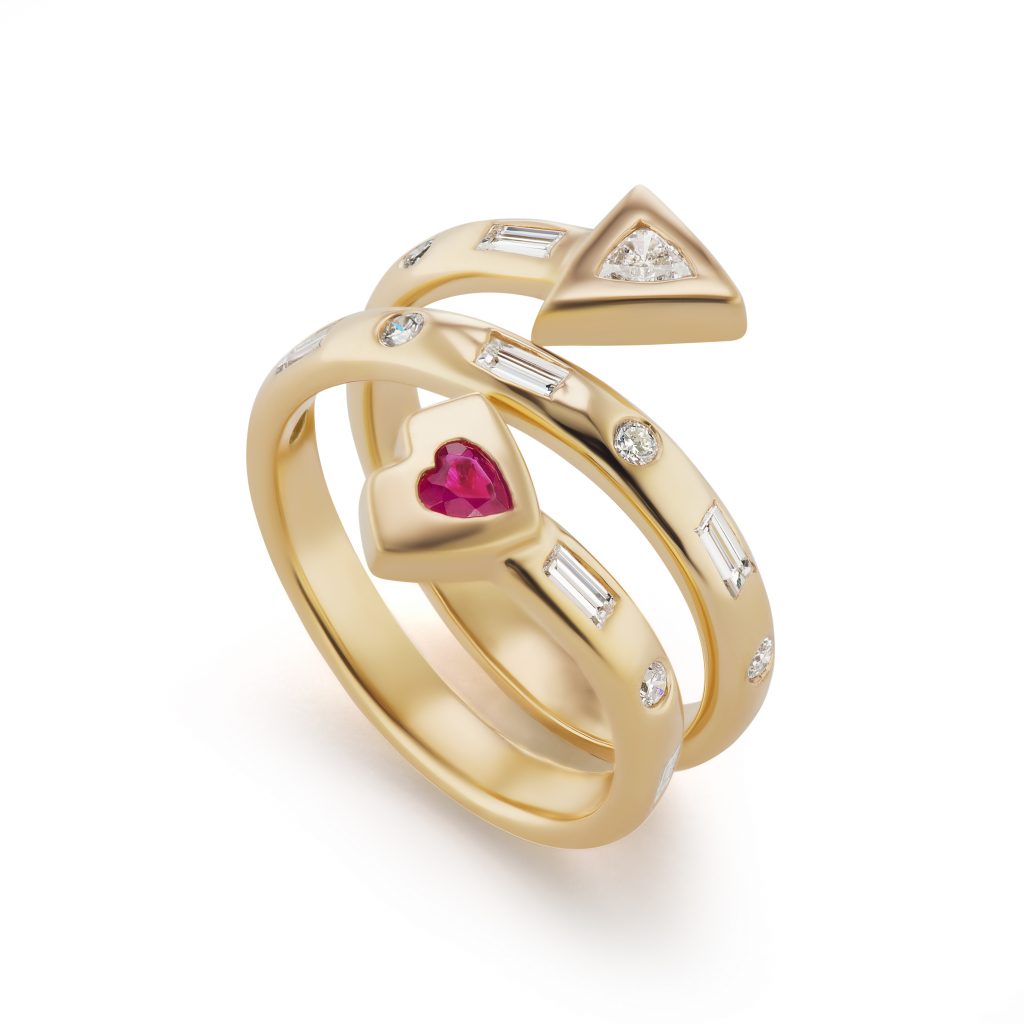 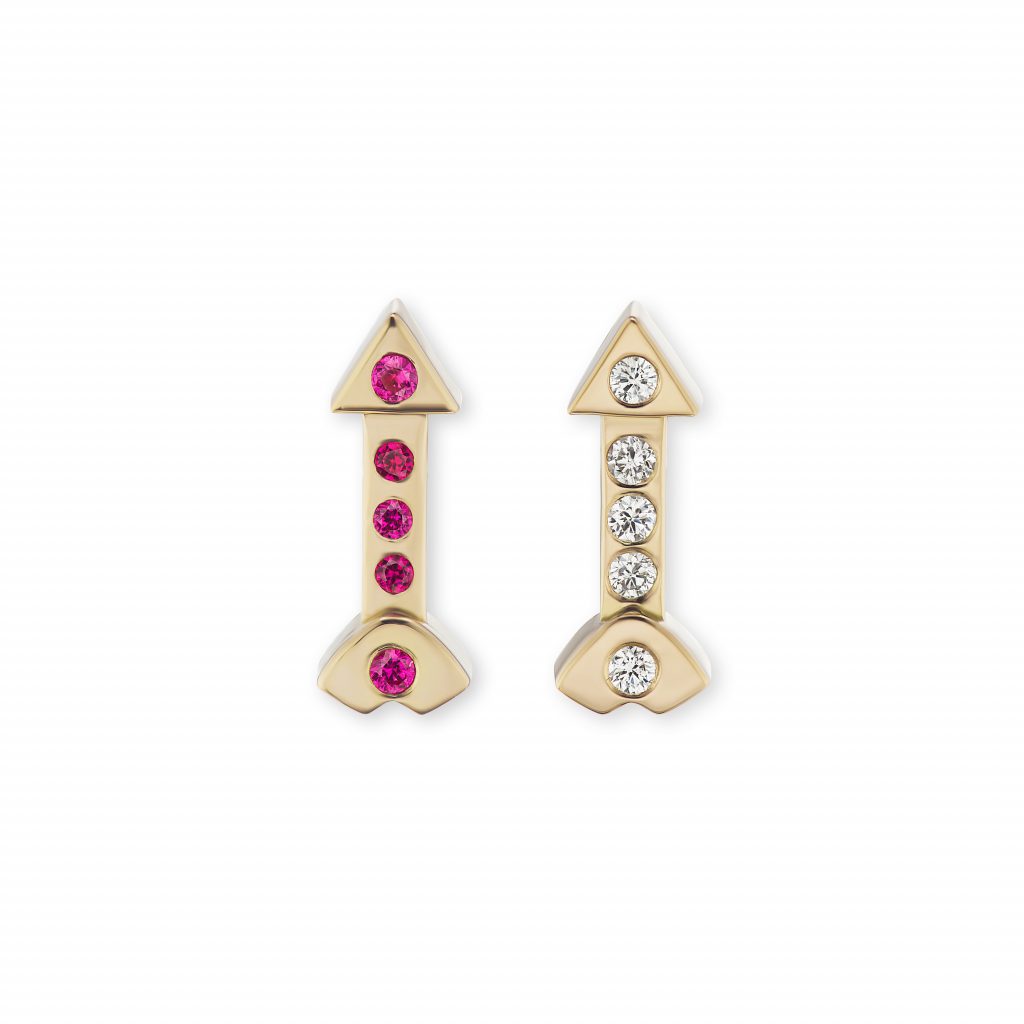 What drew you to Greek mythology and Artemis?
I grew up taking Ancient Greek because I was pathetic at languages, but loved to read and loved stories. My father thought because Greek was generally about translating stories, I would be able to get by because I would memorise the stories. My favourite ones were about Artemis. Her strength and the arrows she always carried — to me, that is a strong symbol, and I wanted to honour that.

The Artemis collection is lighter, smaller and rendered in gold without your signature carved gems. What prompted this take on design?
Artemis was a capsule, and as such I wanted to do something a bit more pulled back for me that would layer with all the other collections. 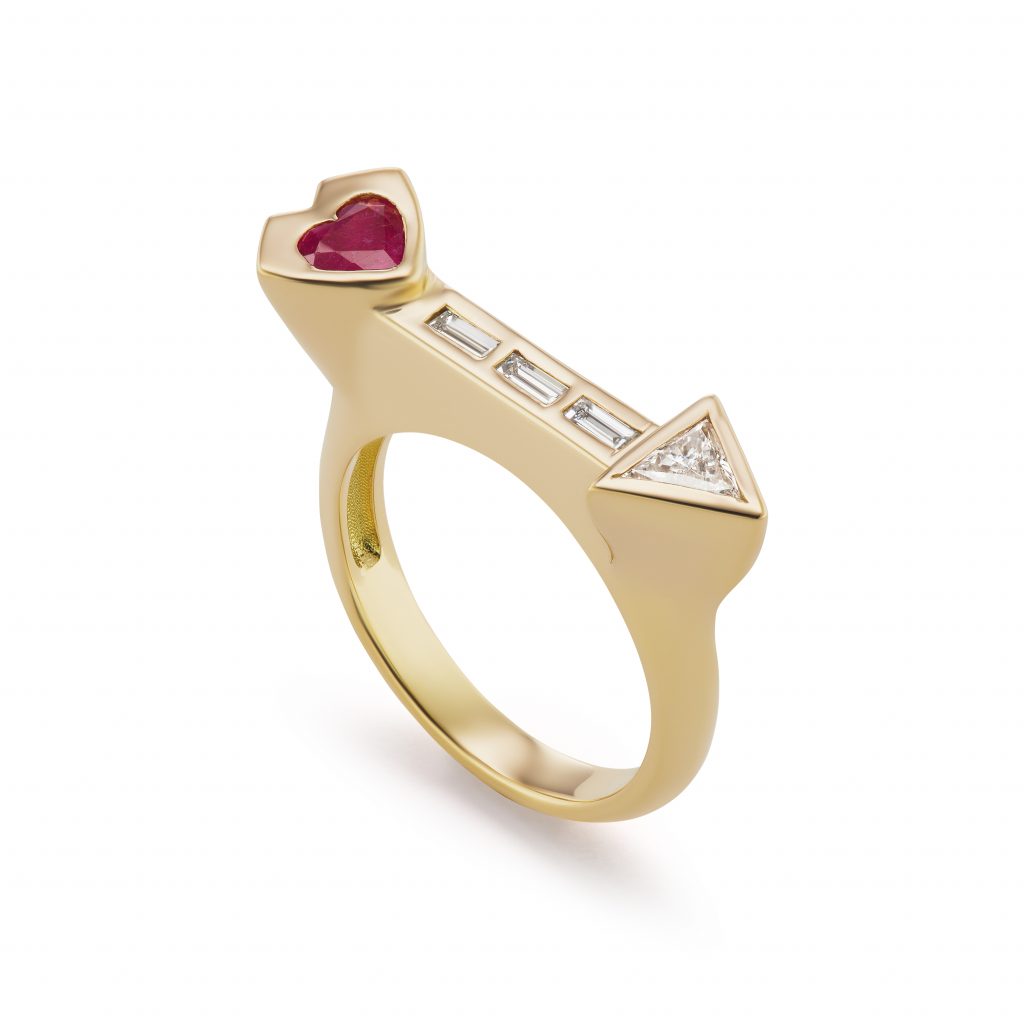 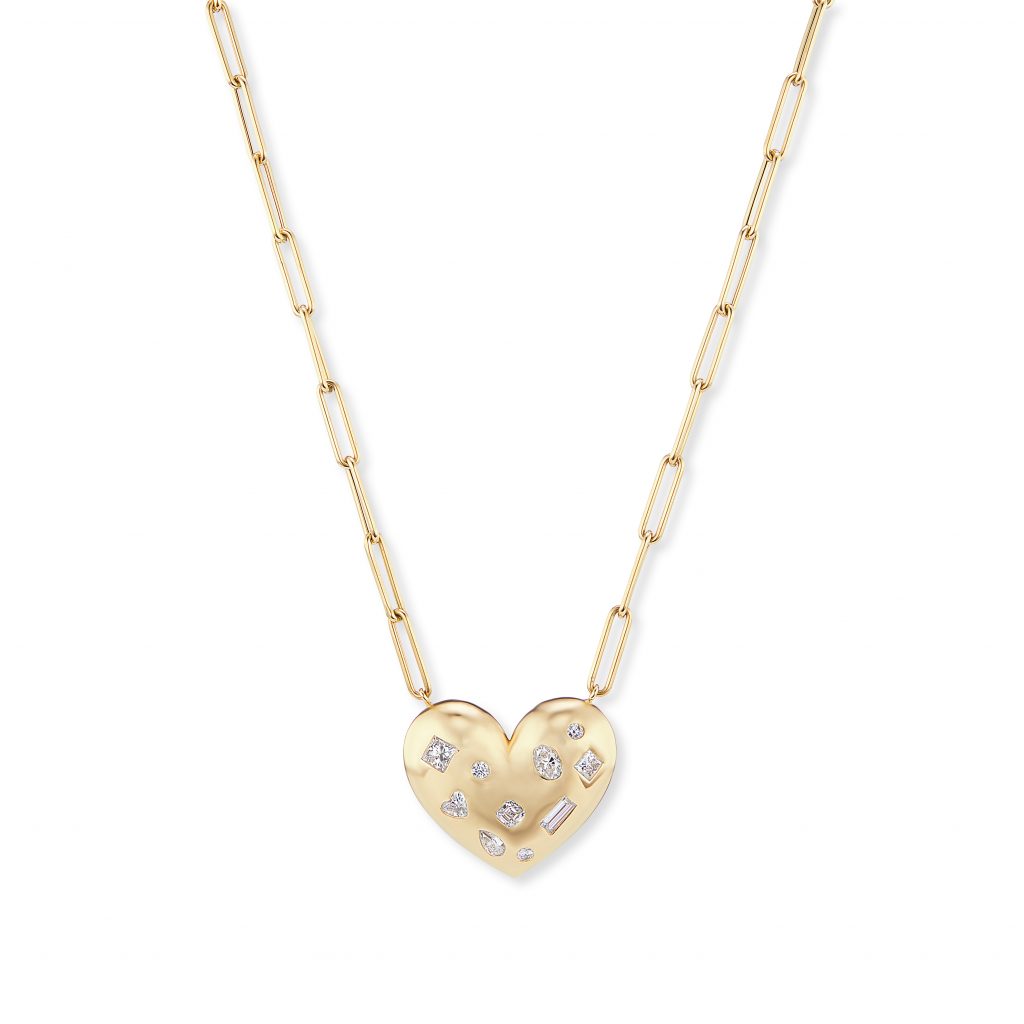 What made you pick rubies and diamonds as accent gems?
I love rubies and I use them as much as I can — it just seemed powerful to have a more simple, straightforward, paired down stone selection for this collection. We use heart-shaped rubies and trillion-cut diamonds and rounds in both.

During the pandemic lockdown, I noticed that you’d painted a lot of flowers. The lovely artwork I believe was later sold for a charitable cause. Can you tell us more?
This period has been so hard on everyone. My outlet is painting and I just started painting flowers from walks and asked the Instagram community if there were any flowers they would like to see painted. Then it sort of snowballed into something much larger, and I finished 45 paintings of flowers and the money from them went to fund a bench in Central Park. Now I’m working on 14 more, and this time the money will be donated to the National Association for the Advancement of Colored People – NAACP.