Future stars of the jewellery world are waiting to be discovered at the Couture Show 2021 in Las Vegas, happening from 24-26 August. Here are a few that shine a bit brighter than the rest. Designer Yuta Ishihara was born and raised in Yamanashi, Japan, a prefecture located west of Tokyo noted for its jewellery industry and stone polishers. “A third of all jewellery made in Japan is made in Yamanashi,” says Yuta.

Around the house where he grew up, it was easy to find ancient remains from the Jomon period. He would find pieces of earthenware and obsidian arrowheads from that time period and the discovery of these items that survived centuries left a deep impression on Yuta. “I realised that when objects are made well, it can surpass the lifespan of not only the person who made that object, but also generations afterward. This is what led me to value creations – and in my case, it was jewellery.”

Shihara, launched in 2010, sees well-engineered pieces that redefine how jewellery is worn and is achieved through unconventional yet practical designs. “When I design, I like to re-examine the functionalities of the hardware and incorporate that function into the design by re-defining and reimagining the way it is worn. I like the idea of showing people new perspectives on jewellery design.” 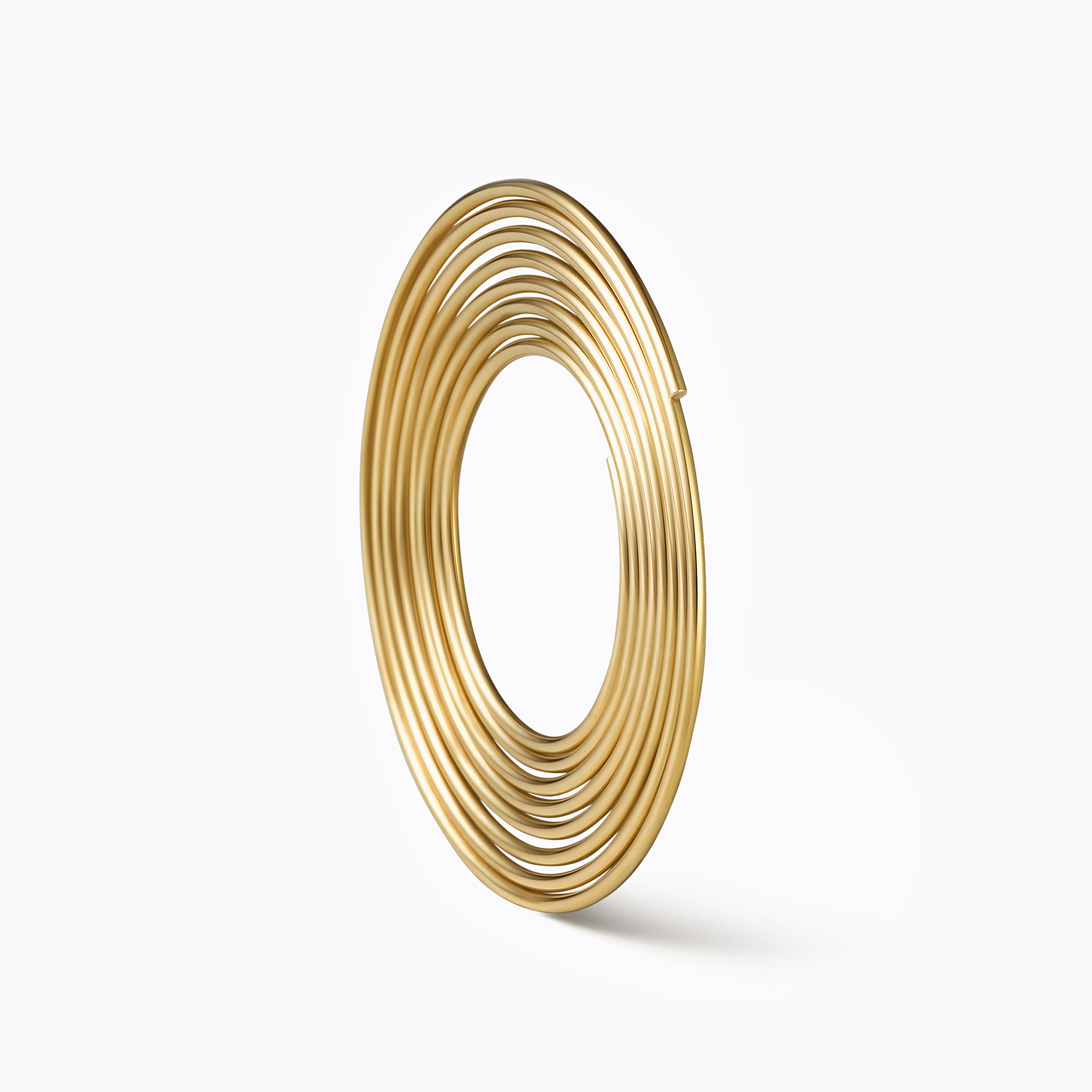 Couture Debut: With two flagship stores in Japan and a string of retail stockists worldwide, Yuta decided it was to explore the overseas market. “I’ve always been interested in the Couture show and finally decided to join in order to further connect with the US market. I plan to bring a wide range of collections as it is my first time at the show.” Rosa Van Parys, born and raised in Quito, Ecuador, is a practicing architect and interior designer, helming her firm Van Parys Architecture + Design in Westlake Village, California, along with architect husband, Michael Van Parys. Initially, she designed jewellery for herself. However, her love of materials and finishes prompted Rosa to learn more about the jewellery making process and gems.

“I wanted to design my own jewellery, specifically using pearls as it’s my favourite gem. I focused on distinct pieces with my own style and gradually veered toward the world of fine jewellery,” Rosa reveals. She eventually launched her line in December 2017 in Los Angeles and exhibited at JCK Luxury in May 2018.

The designer sources diamonds from India, coloured gems mainly from Thailand, while the pearls are procured from Japan, Hong Kong, Australia, and Tahiti. “Although the jewellery is manufactured in Hong Kong and assembled in Los Angeles, we hand pick all of our gems and precious-coloured stones and diamonds here in LA in order to maintain the consistency in quality and colour,” she adds. 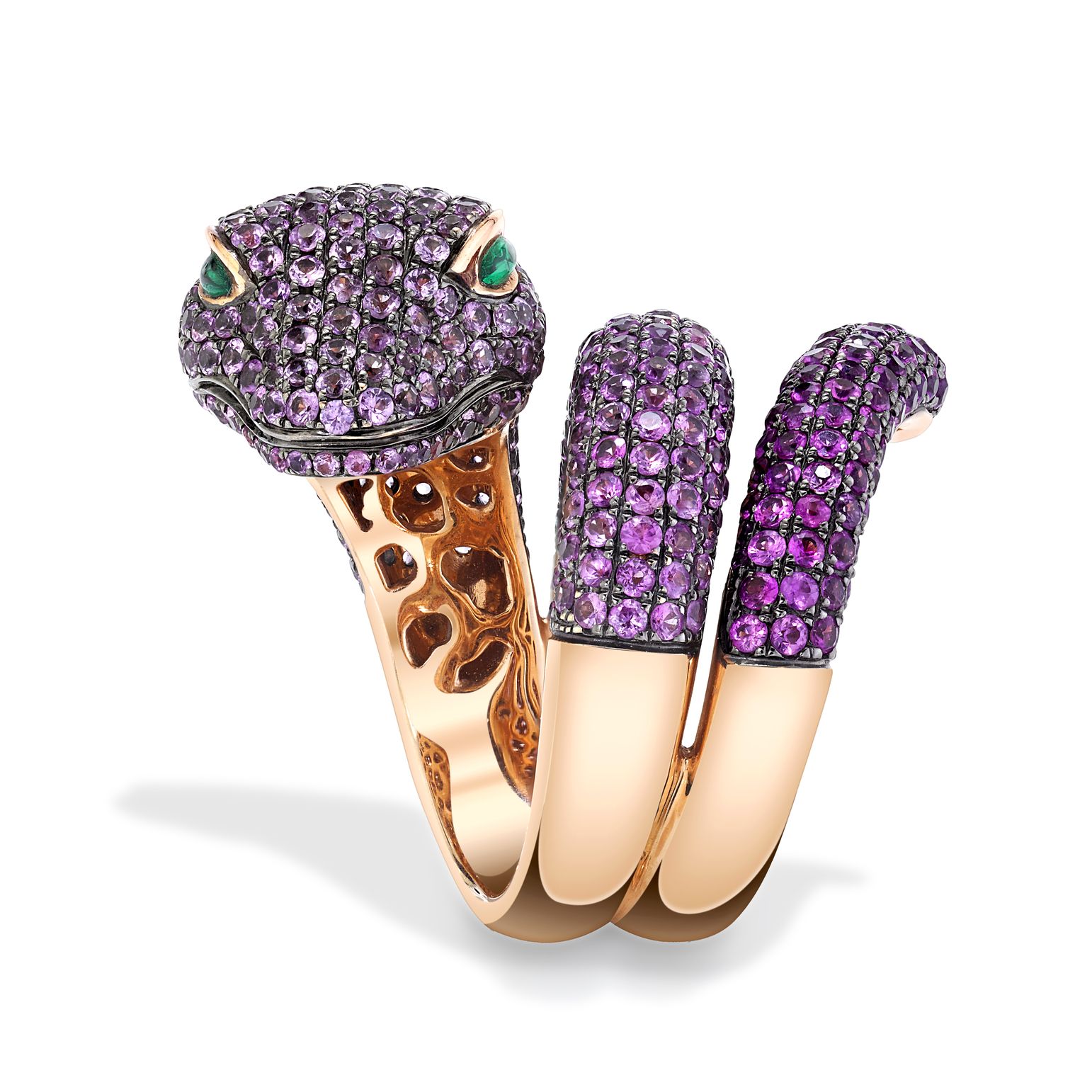 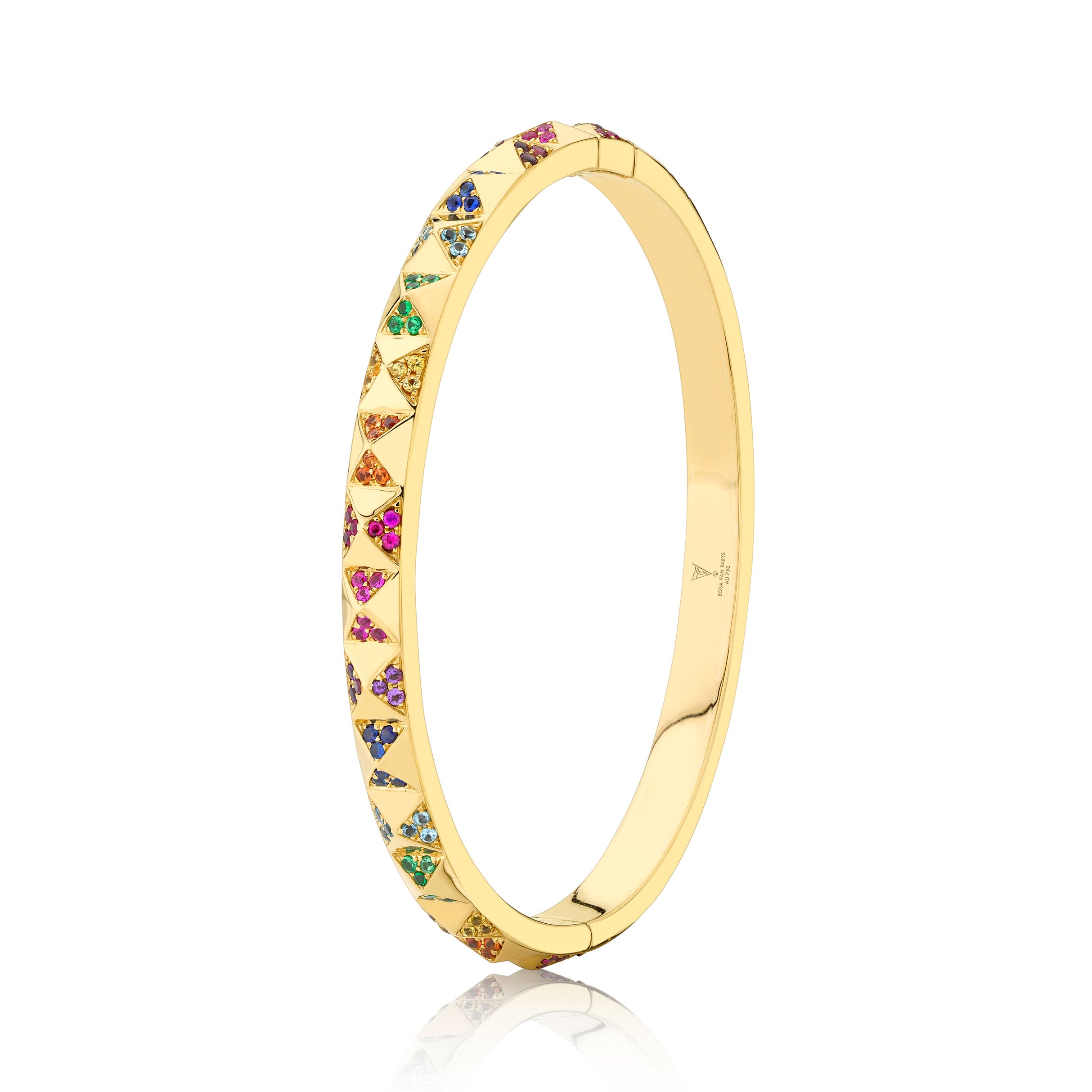 Couture Debut: Rosa spent 2020 designing, editing, and fine-tuning new pieces with a lot of colour. Her latest offerings include intricate pearl dagger pedants, pearl dangler earrings, and new styles from her signature dagger design. “At Couture, we hope to meet some great people in the industry and establish good relationships with key retailers. I am also excited to unveil some great new designs that we haven’t’ shown before,” says Rosa. 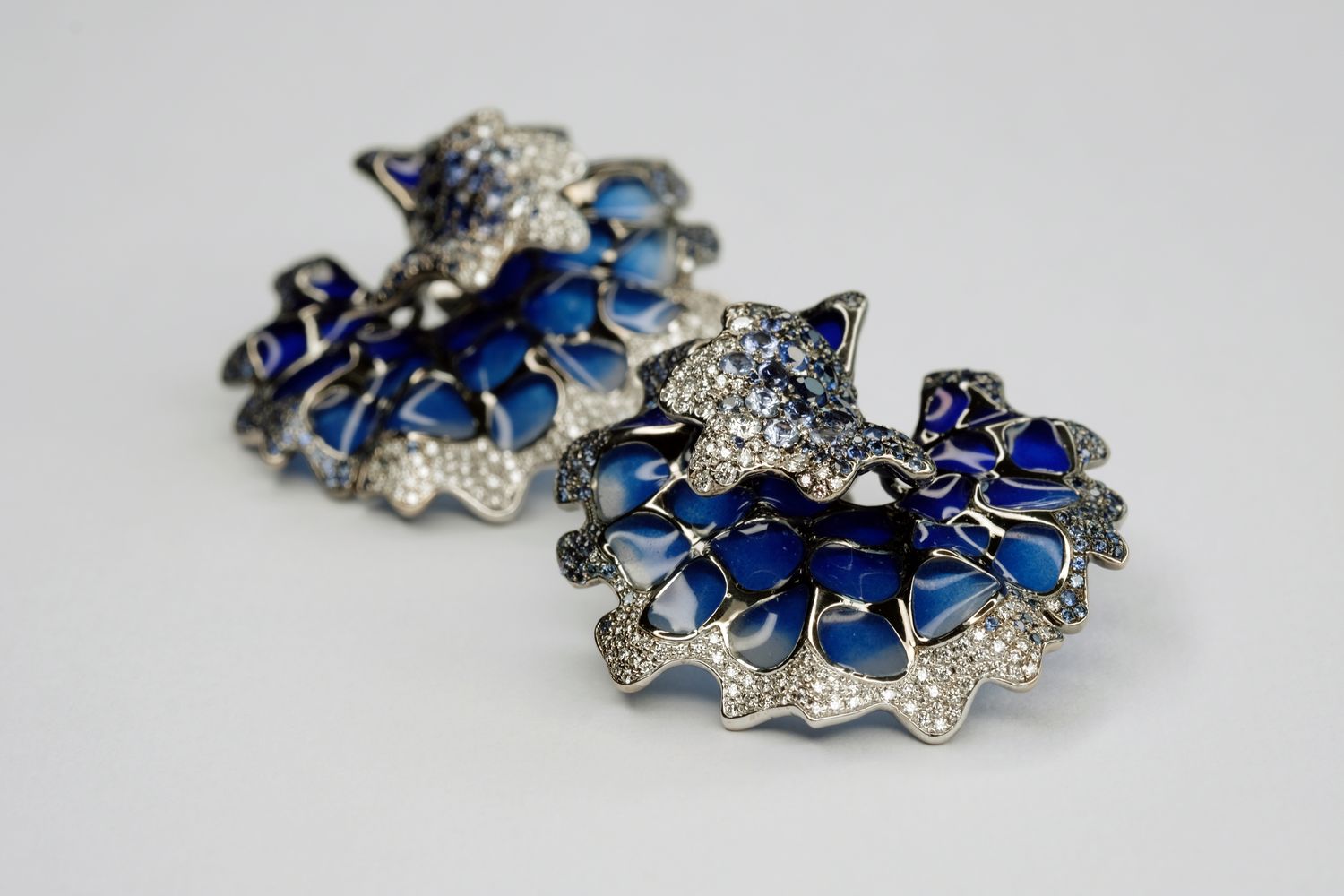 Studio Renn was founded in 2018 by husband-wife duo Rahul and Roshni Jhaveri. “Before I started Studio Renn, I used to source, cut, and polish rough diamonds, which is what much of my family does. But what I most enjoyed during this time was to make jewellery for friends and family,” says Rahul. Although there never was a clear starting point regarding Rahul’s foray into design, he recalls it started when he got married nearly 13 years ago. “I conceptualised some of the jewellery for that occasion.”

The Bombay-based brand hinges on a forceful artistic drive. Studio Renn’s design vocabulary draws on intangible elements like reflections, volume, airgaps (nothingness), which takes precedence over the tangible. “Jewellery is just a medium of expression for us – yet we are not restricted to it. Everything we do is a creative pursuit and purposeful, and the use of the unexpected materials are also in the same spirit,” say the founders.

Their latest work called Cacti articulates a distinct interpretation of the plant to mirror the studio’s DNA. Abstraction is a crucial part of the design explorations. “When we started the study of cacti – we wondered how to capture and represent it best? And we gradually created a visual language that transcends the original subject, distilling its essence,” says Roshni. Abstraction, observes Rahul, has always been the most primal way for people to perceive and react to the world around them. Couture Debut: “We are honoured to be showcasing our work here – and we expect it to be a place from where we cultivate a tribe of collectors and explore opportunities to work with gallerists, buyers, and editors,” they share. The collection (An)otherness will take centre stage at Couture. “It best represents us – our past, present, and future all together. There are also quite a few innovations we are keen to share at Couture and also unveil our creations that are part of Cacti,” they add. Catherine Sarr crafts fine jewellery rooted in “cultural commonality, design and art.” She grew up in Paris and after graduation, her passion for jewellery led her to London, where she worked for various luxury brands, promoting craftsmanship from around the world, including several years spent at the heart of the diamond and fine jewellery industry working for the likes of DeBeers Group and LoveGold (World Gold Council). Catherine worked for over a decade in the industry before launching Almasika.

She debuted in 2014 with the collection ‘Le Cauri Endiamanté, which pays homage to the cowrie, an ancestral symbol of spirituality and abundance that she reinterpreted in gold and diamond. A responsible value chain has also been at a core of her brand since its inception. “Whenever we can, I source diamonds from Southern Africa with countries renowned for good governance.”

Her latest collection, Sagesse, which is the French word for wisdom, explores ancient symbols representing traditional wisdom. “Traditional wise adages have shaped my approach to life, so my intention was to reinterpret these timeless concepts with the hallmarks of Almasika jewellery, including sculpturally rounded shapes and the symbolic significance that is essential to my creations.” Couture Debut: Catherine is gearing up to launch her new collection inspired by sound meditation. New iterations for Sagesse and the popular Berceau and Le Cauri Endiamanté lines will also be up for grabs at the Couture show. Renna Brown-Taher is a certified gemologist and has a bachelor’s degree from the University of California, Berkeley and a Master’s degree from the Sotheby’s Institute of Art. “I was fascinated by avant-garde film and initially wanted a career in contemporary art. I moved to New York and ended up in the jewellery department at Sotheby’s. Once there, I knew I had found my life’s passion,” says Renna. During the five years with Sotheby’s, she held a few different positions, but ultimately worked on the specialist team in the jewellery department. “I particularly loved researching the provenance and history of a jewel and the authentication process.”

She started her label in 2018 with a handful of pieces that she showed around. As the interest grew, people began placing orders. “It was those first few, out-of-the-blue sales that gave me the confidence to put myself out there,” says the emerging jeweller. The debut collection was inspired by a bracelet that was a graduation gift from her mother. “The bracelet was made from coffee bean shells that we had found on Salt Creek Beach in Laguna, when I was nine. I have always worn the piece every day and ended up becoming the inspiration for my entire line.”

The Land and Sea collections drew on the natural world: The former featured branches, twigs and leaves that were transformed into elegant ear climbers, thread and needle earrings and cuffs, while the latter incorporated miniature gold shells with gemstones to dance on anklets, rings, and bracelets. Through her one-of-a-kind collection for Muzo, the designer pays “homage to the exotic tradition of carved gemstones.” The exclusive pieces from ‘Renna x Muzo’ are set with emeralds from the famed Colombian emerald mine. Some of her jewellery also features lovely blue aquamarines that have been sourced from Zimbaqua, Africa’s first all-women mine. “I love supporting that mine and their gems are so beautiful,” adds Renna. 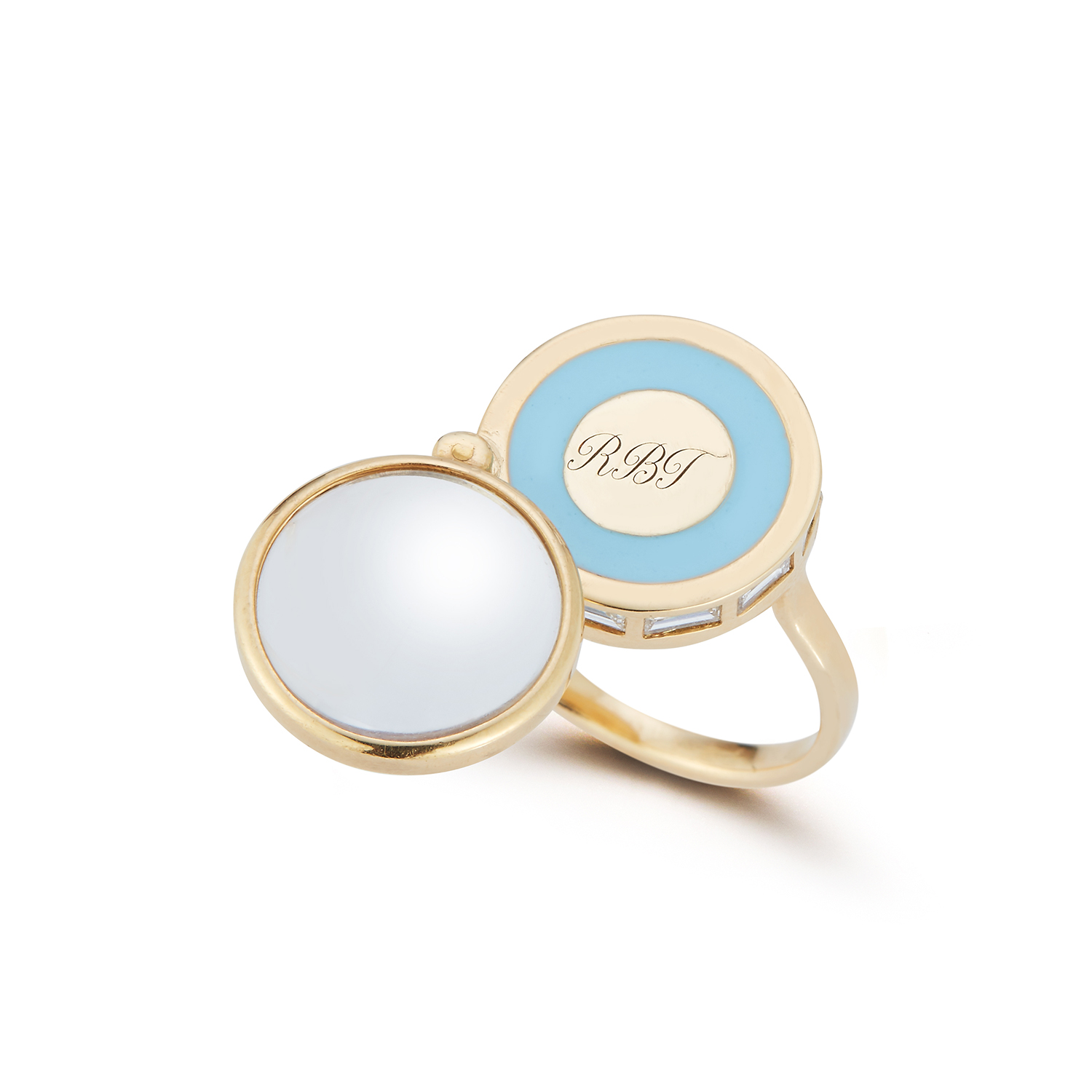 Couture Debut: The new collection, Through the Looking Glass, is very whimsical and less serious than her previous offering. The new jewels feature enameling and carved gems and have hidden secrets. “Through the Looking Glass is an homage to the minuscule inner workings of the world that keep it in equilibrium. It’s about, quite literally, flipping our perspective as shown by the spinning ring series, magnifying the overlooked as the Looking Glass ring does, and discovering the unknown through the Venus Locket that reveals a hidden pearl.”