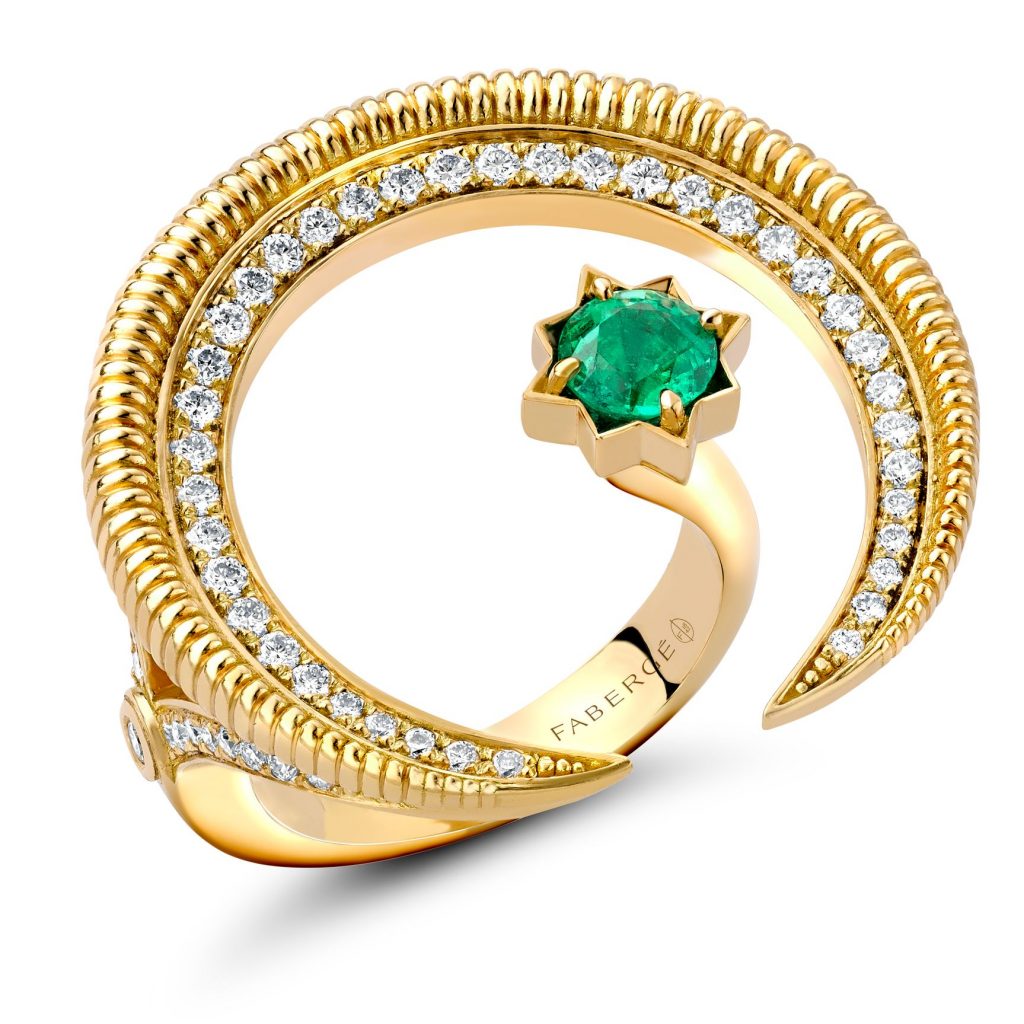 Fabergé draws inspiration from the celestial world for its new Hilal Crescent Collection. The festival-ready line up of jewels include a pendant, earrings and ring. The capsule collection owes its name to the Arabic term for ‘crescent moon.’ Referencing spirituality and symbolism, the design handcrafted in 18k yellow gold features a crescent moon and a star, holding ethereal allure rooted in faith and culture.

According to Fabergé, the crescent moon remains prominent in Islamic iconography – as a source of spiritual guidance and symbolising everything from hope and the passage of time, to fertility, birth. and womanhood.

The capsule line features the brand’s iconic decorative fluting; each crescent moon is picked out by a line of diamond pavé with a sparkling emerald star nestling on the moon. The tiny gold star is set with a Gemfields Zambian emerald, which is responsibly sourced from the Kagem mine in Zambia. 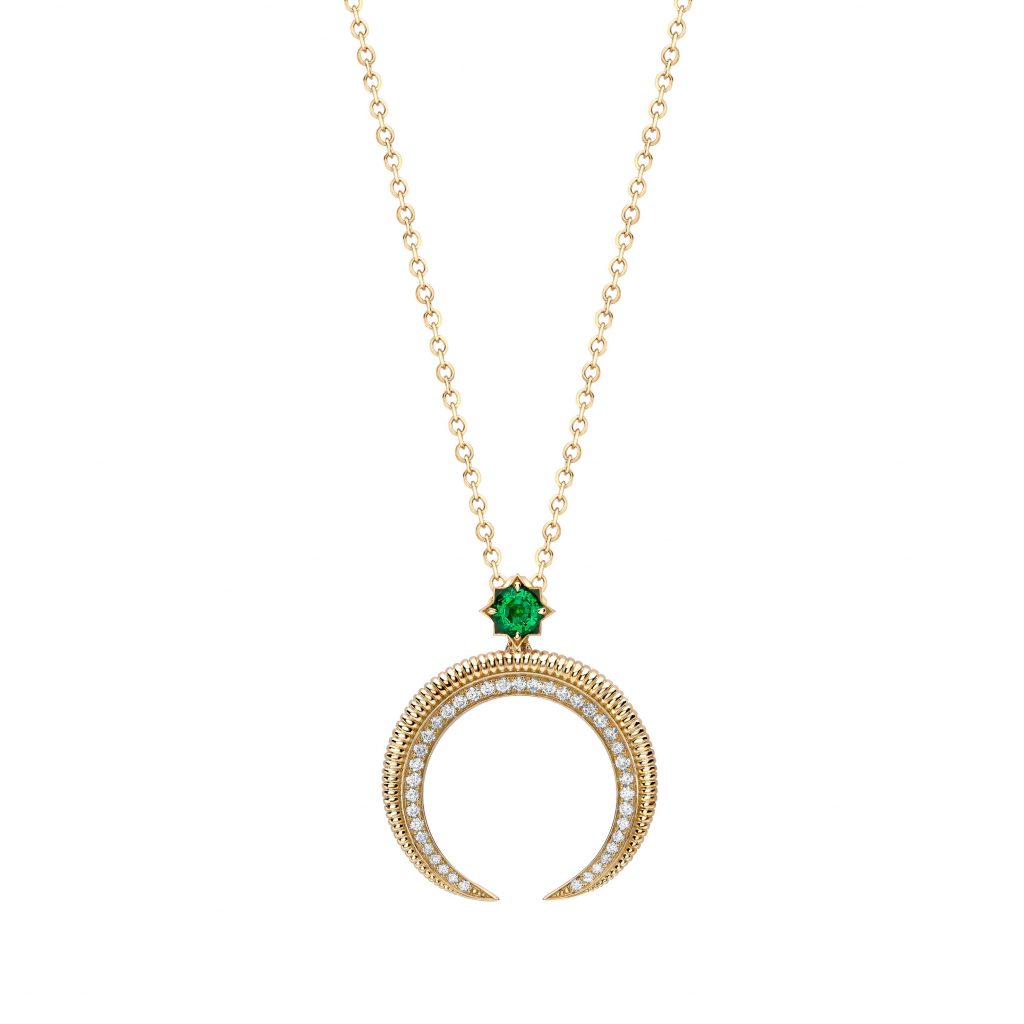 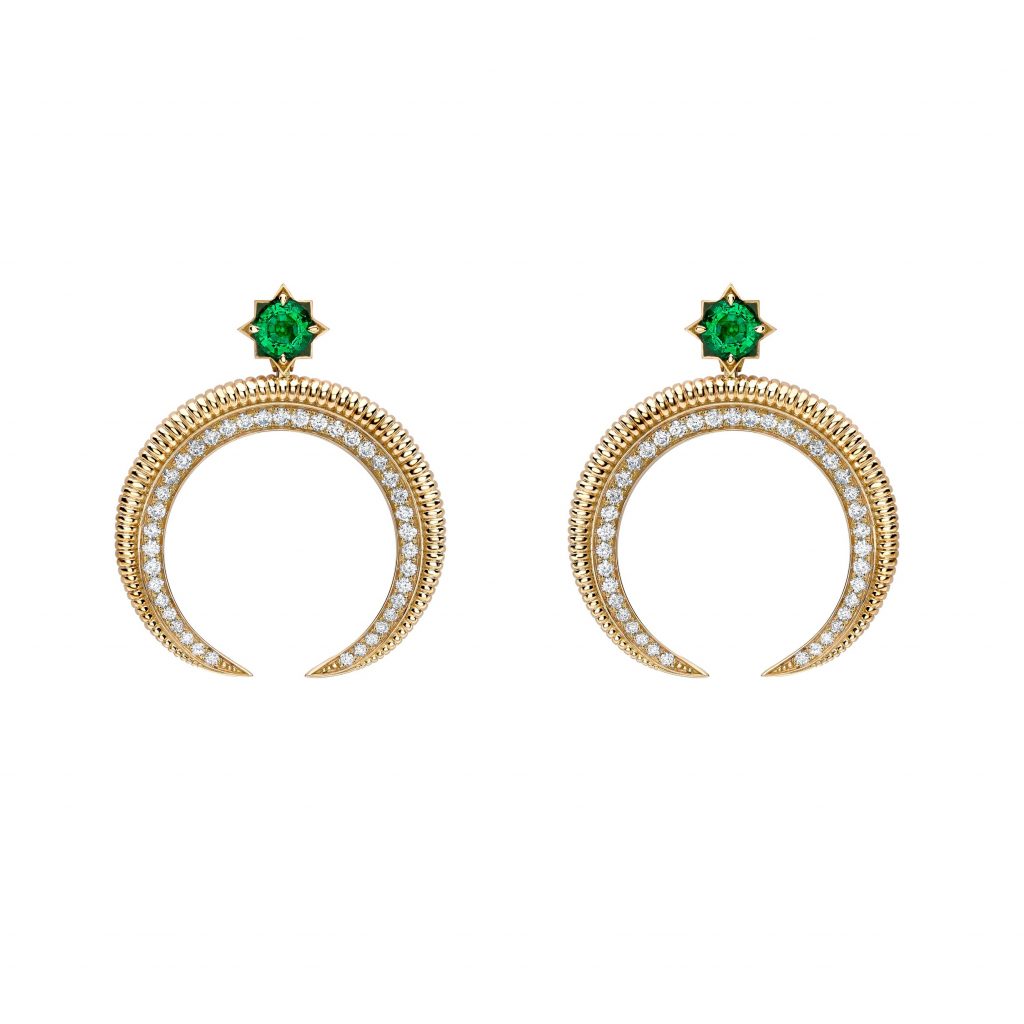 The Hilal pieces are additions to Fabergé’s earlier Crescent Collection, which was inspired by the story of a mysterious former French secret service officer, Charles Antoine Roger Luzarche d’Azay. He gave his collection of 18 exquisite Fabergé cigarette cases to the Musée des Arts Décoratifs in Paris.

Years later, friends of M. Luzarche d’Azay explained that Charles had been desperately in love with the glamorous French aristocrat Princess Cécile Murat – who was already married. Fabergé is said to have been inspired by his devotion and by the enigmatic symbols that decorate the cases, including crescent moons and a golden map of the Nile with coloured gems marking cities along its course. Thus, the Crescent Collection was born.

The Hilal Crescent line will be available from July 30, 2020 at the brand’s boutiques in Harrods London and The Dubai Mall and online at faberge.com