Asia has a distinct iconography and symbolism. Distinct, unique, and almost always esoteric — from bamboo shoots and exotic flowers, to fearsome felines, each figure tells a unique story. As evident in these timepieces, the watch industry is very much inspired by the Orient, showcasing their interpretations in their very own distinct fashion.

Blancpain (left on image opener)
The introverted snake resides on a branch on its own, observing time as it passes by. The snake is a precious one — crafted out of 18k red gold inlaid onto a titanium dial, using the damascening technique. At rest on a 36.1mm diameter frame, the snake is non-threatening — even offering up the time amid abstract clouds and Chinese characters, which relay the year of the Snake. The manual timepiece owns a power reserve of 40 hours. 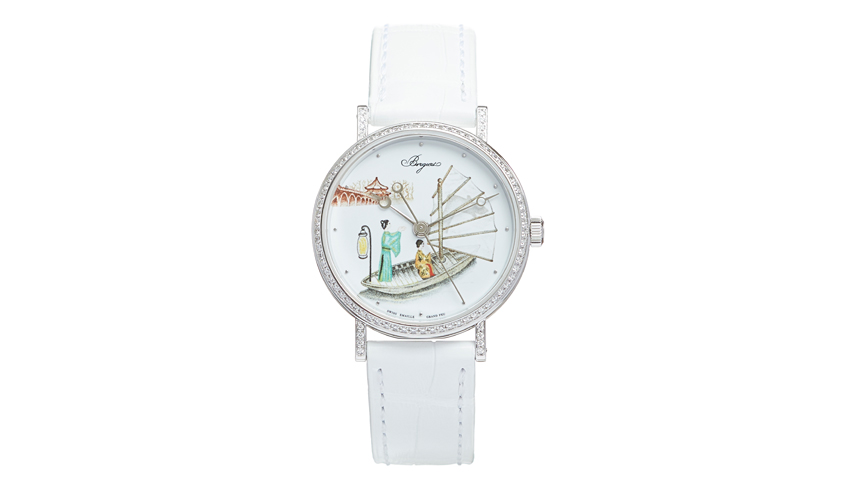 Breguet
Breguet’s timepiece depicts a time in ancient China where shadowplay was a popular form of entertainment. A couple stealing away into the night, where they court under the lover’s moon. In a time where arranged marriages were prevalent, this sight might have been commonplace. The man is resourceful — just like the rat he’s cast on the sail — making the most of his situation to please his lady. Breguet recreated the image using enamel on a white gold casing. Diamonds set in its bezel and lugs, and complemented by a white leather strap, further illuminates the time.

Chanel
The camellia flower is well regarded in Asia. In Korea, it symbolises longevity; while in Japan, it represents the divine. Nowadays, the flower is constantly reinterpreted at Chanel. One of the latest reiterations is the  embroidered camellia, a three-dimensional motif crafted out of silk threads, aided by French couture embroiderer, Maison Lesage. A single diamond sits on the centre of the flower and is further adorned by glass beads, pearls, and diamonds. 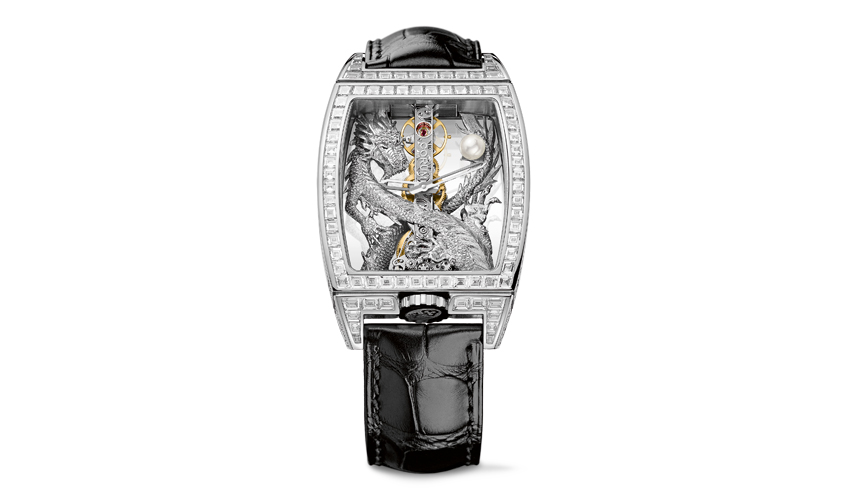 Corum
In Asia, many beasts symbolise good things, but the dragon is unsurpassed. It serves as protector — a harbinger of luck, prosperity, abundance, success, and achievement. The creature is often depicted as fiery and hot, but Corum’s interpretation in white gold lends a cool touch. The Golden Bridge Dragon is the convergence of a great symbol with an icon, which is Corum’s slender baguette movement. The 18k white gold version is the most opulent of the collection, featuring more than 400 baguette- and round-cut diamonds. Hermes
Thought to fend off evil spirits and bring luck, the cat may be many things. But one kind is generally admired, the spotted panther. The Slim d’Hermès Pocket Panthère perfectly exemplifies the leopard in a naturalist enamel painting on a 30mm dial. With its desaturated engraved backdrop, the leopard seems lifelike. The ultra-thin H1950 self-winding mechanism further beats life into the piece. 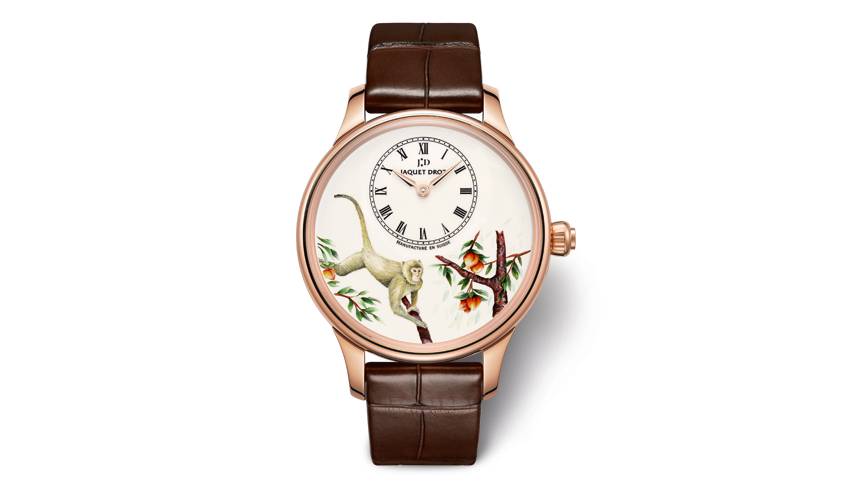 Jaquet Droz
Jaquet Droz’s Les Ateliers D’art has accomplished many petite works of art on a watch’s dial — from mosaic to engraving. The Petite Heure Minute Monkey comes timely for the year of the monkey. Clever and resourceful, the depicted macaque makes its way toward fresh, ripe peaches on a branch — made possible by the Ivory Grand Feu enamel technique. An off-centred dial sits at the top, telling the time through Roman numerals. The piece is set in an 18k rose gold casing, and complemented by a brown alligator leather strap. 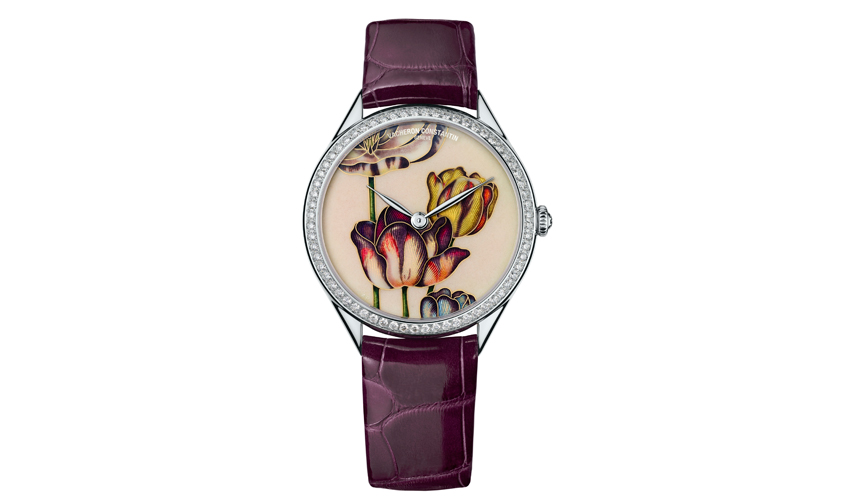 Vacheron Constantin
Tulips are the universal symbol of everlasting love. But in Chinese culture, the bulb flower also represents acquired wealth. Vacheron Constantin’s Métiers d’Art Florilège Tulip watch depicts single flowers with multiple colours. For this piece, the manufacture brought out their seasoned rose engine to carve out fine, precise lines, creating a guilloché pattern that allowed the enamel to be applied on. But the watch isn’t just pretty on the outside. It also houses a Calibre 4400 manual mechanism, and holds up to 65 hours of reserve power.