THE LEGACY DAZZLES ON
Celebrating heritage with a new iconic collection

Famously dubbed ‘King of Diamonds’ and Jeweller to the Stars’ in the course of his life, the achievements and exploits of American jeweller Harry Winston occupy an immortal place in jewellery — especially diamond — lore and history. At 12, he reputedly discovered a 2ct emerald in a pawn shop and bought it at 25 cents from a shopkeeper who didn’t have a clue that he had a precious gem on his hands. Winston sold the emerald two days later for $800. 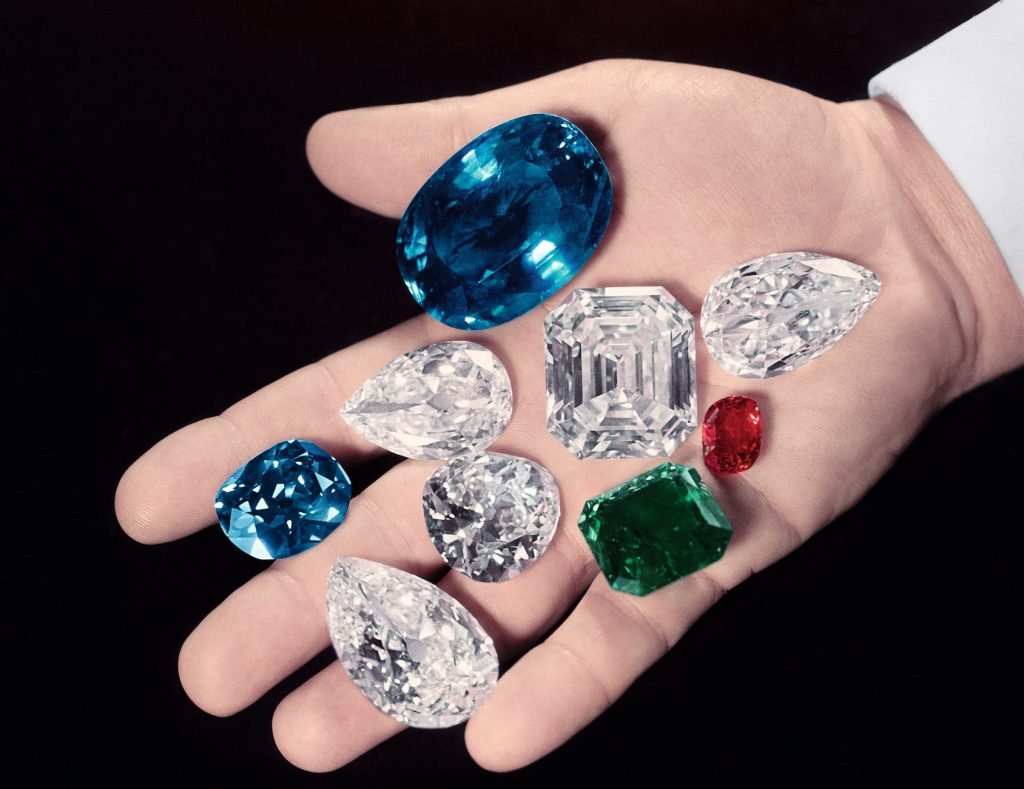 By 1932 Winston had both his own jewellery company — the House of Harry Winston — and an eponymous store in New York, as well as a stellar reputation as a purveyor of the world’s rarest and most beautiful stones. Throughout a 70-year career, it has been estimated that Winston owned more than a third of the world’s most coveted diamonds including the 726ct Jonker (the first rough diamond ever to be cut in America), the 601ct Lesotho Brown, the 726.6ct President Vargas rough, and the legendary 45.52ct blue Hope Diamond.

Most pointedly, Winston was associated with some of the most dazzling names of the 20th century. He could count among his ardent patrons the Duchess of Windsor and Jackie Kennedy Onassis, whose engagement ring he created. And he was behind the 69.42ct diamond that Richard Burton famously gifted his wife Elizabeth Taylor, which became known as the Taylor-Burton diamond.

In 2013, the House of Harry Winston acquired a remarkable 101.73ct pear-shaped diamond, described by Christie’s auction house as “the most perfect diamond ever offered for sale at auction”. Discovered in Jwaneng Mine, in Botswana, the flawless, colourless stone was so rare and exquisite it was named ‘Winston Legacy’. The cutting and polishing from a 236ct rough to a brilliant pear-shaped Type IIA Flawless gem took nearly two years. Inspired by this extraordinary gem, the maison’s gemmologists, designers, and craftsmen embarked on a journey to celebrate its traits and share its beauty with the world. The result is the Legacy Collection, featuring one-of-a-kind jewellery pieces, each with an exceptional D-coloured internally flawless diamond as its centre stone.

It is the company’s first high jewellery collection in three years, and comprises 11 necklaces, seven rings, and four pairs of earrings for a total of 22 pieces. 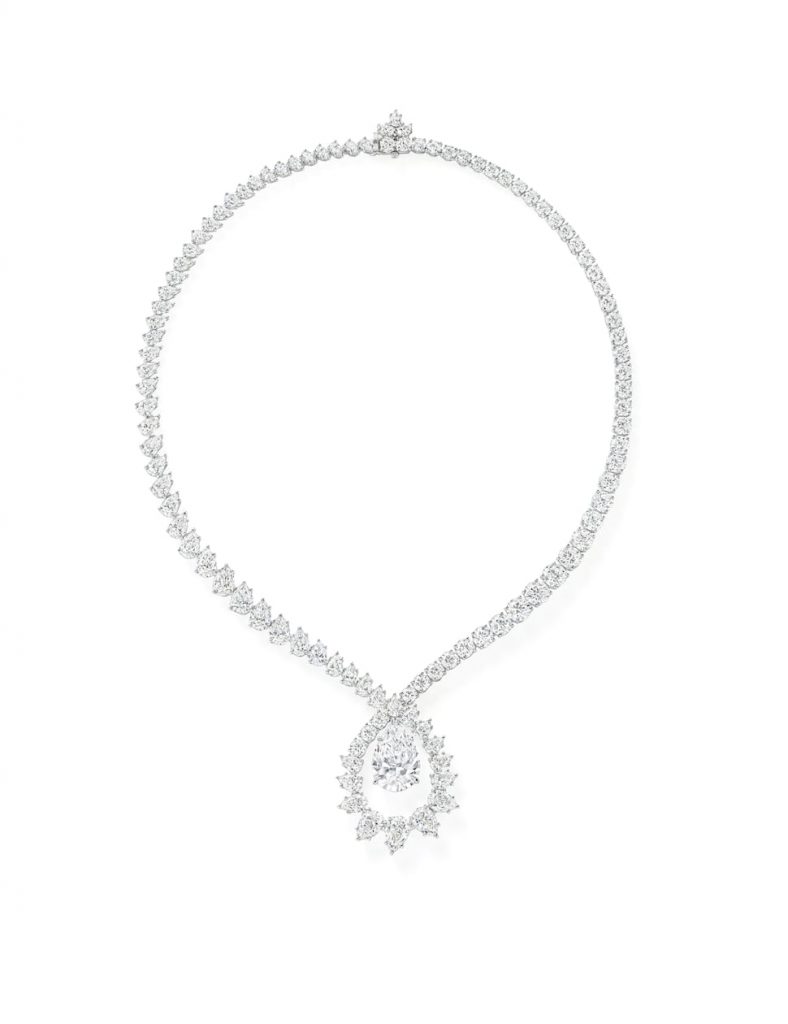 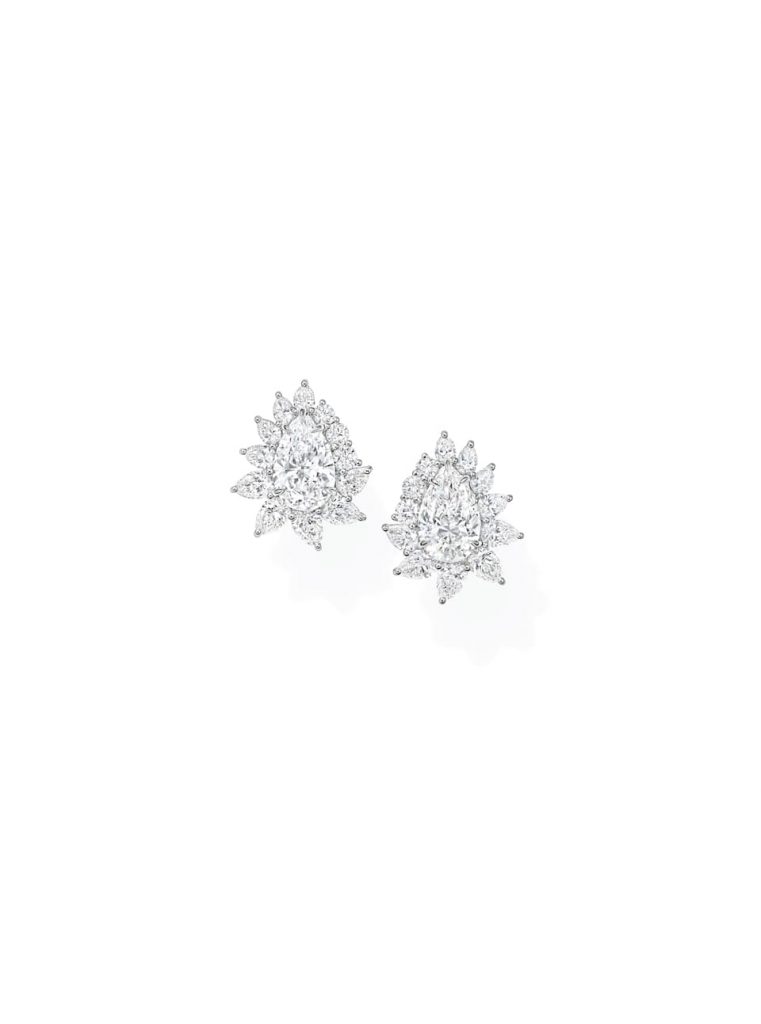 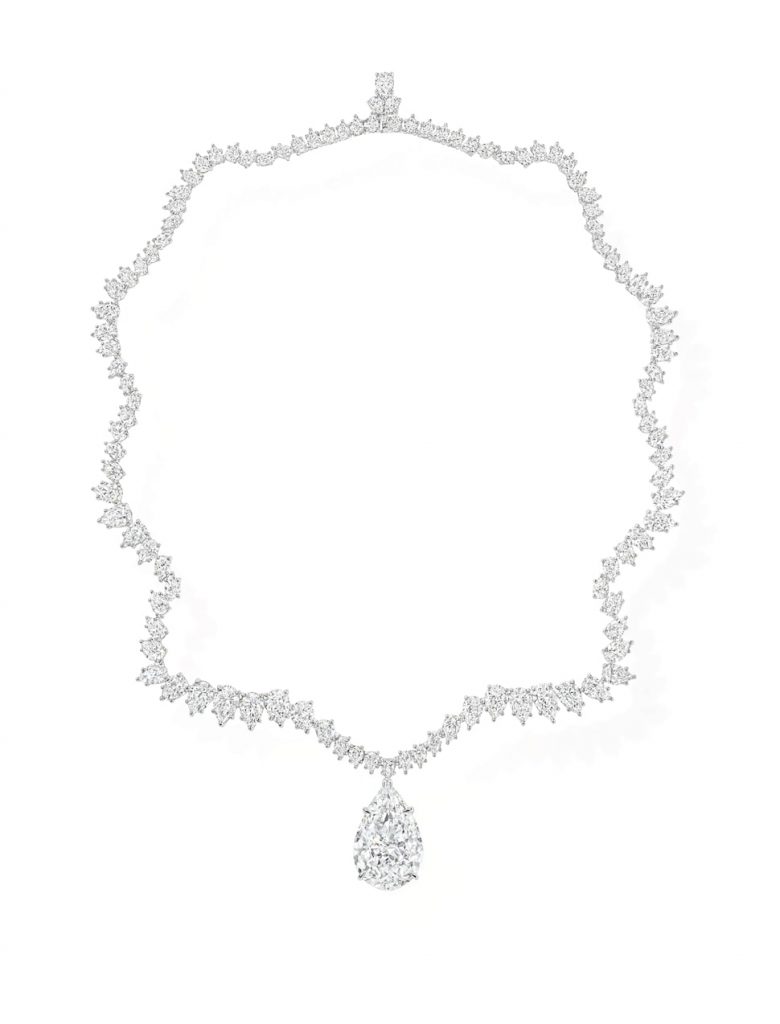 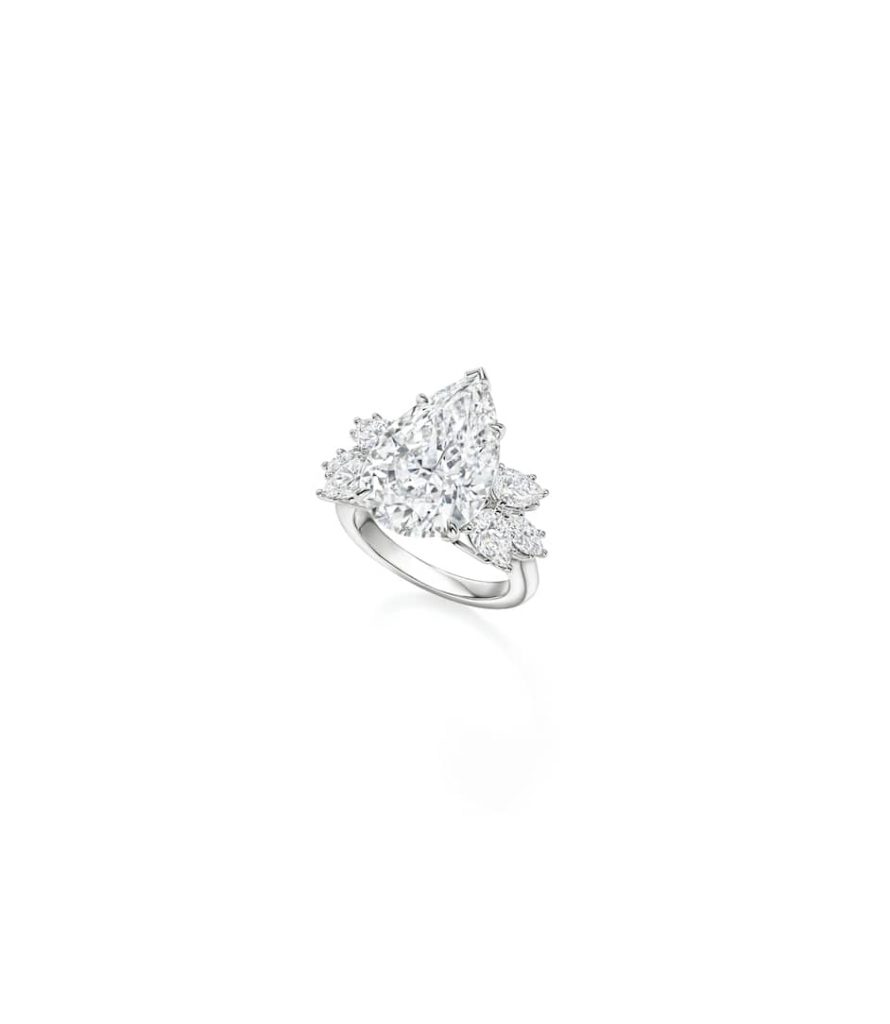 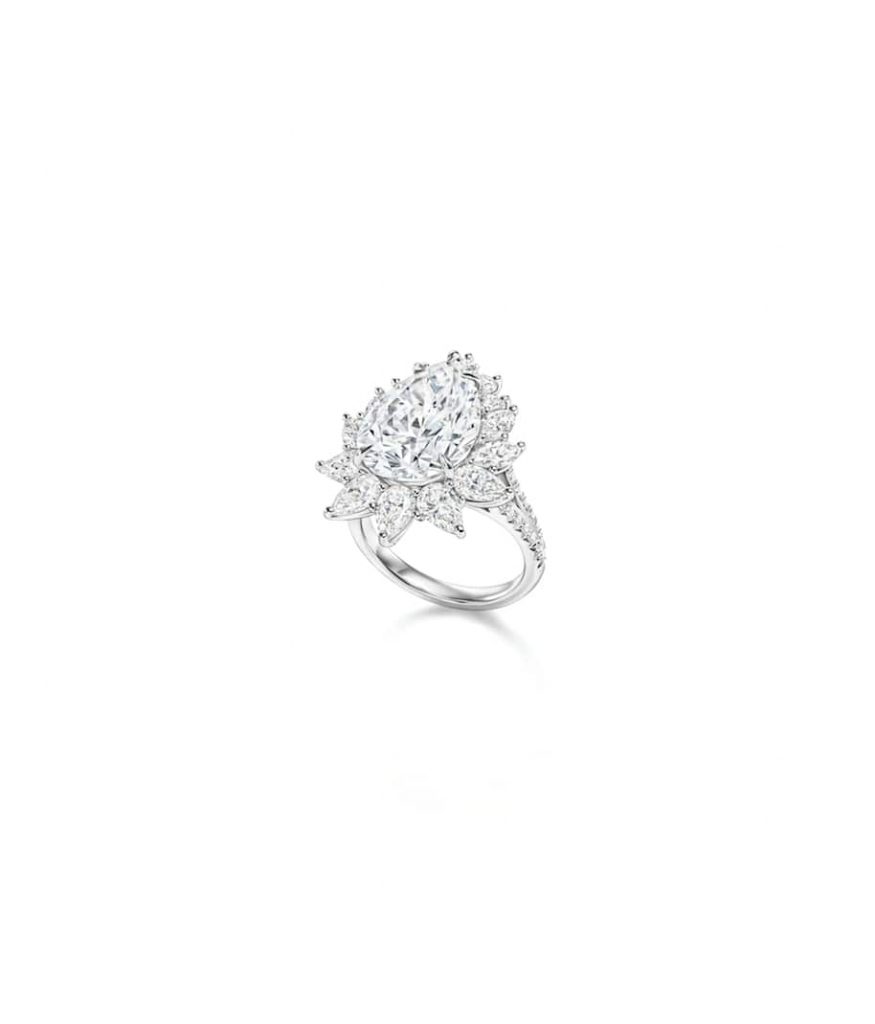 Once sourced, each Winston stone has to go through a rigorous evaluation process to ensure it met all of the maison’s exacting standards in terms of colour, clarity, and proportions. The sizeable central gems in the collection are surrounded by an extraordinary entourage of more than 1,600 pear- and marquise-shaped diamonds, giving each Legacy piece an impressive total weight of 836.68 carats.

Presented as a series of high jewellery suites, the pieces draw reference from the Winston Archives and the House’s most beloved and iconic motifs, such as the Winston Cluster designed in the 1940s by the prolific Winston designer, the late Ambaji Shinde. Inspired by the holly wreath, the motif is characterised by the clever arrangement of pear- and marquise-shaped diamonds, and reappears in the Legacy Collection in a pair of exquisite pear-shaped diamond earrings, totalling more than six carats. Another designer behind the pieces was the renowned, late Maurice Galli, who was with the company for 26 years until his death last year. Galli, who was a frequent collaborator of the Goa-born Ambaji Shinde, conceived the necklace for the Winston Legacy diamond as well as a necklace in the Legacy Collection. 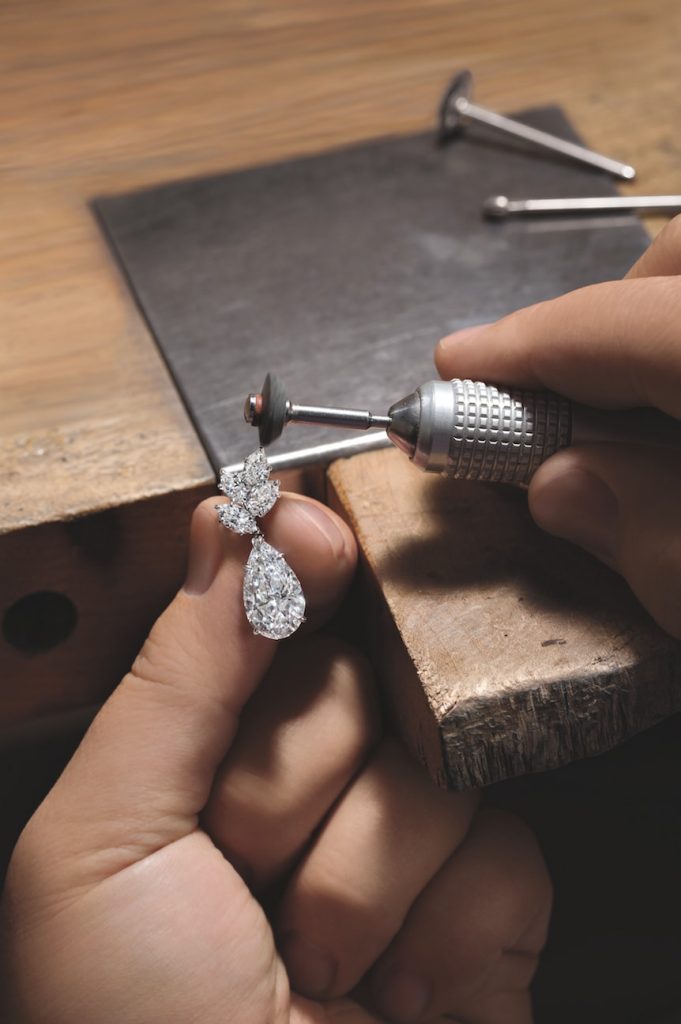 Harry Winston had believed in letting the stone “speak for itself”, and always placed the diamond at the forefront of the design. This aesthetic is most clearly seen in the 11 necklaces in the collection, which have been meticulously sculpted in invisible platinum to showcase without distraction and maximise the clean lines, perfect fluidity, and phenomenal lustre of the diamond centre stones.

In all, the Legacy Collection took more than three years to complete, a testimony to the jewellery house’s dedication to perfection, craftsmanship, and rarity given the fast-paced turnover of luxury consumerism these days.

These are jewels made for the wearer who appreciates the quality of wearing something exceptional, and being noticed for it. As Harry Winston himself put it, “People will stare. So make it worth their while.”