The spotlight shines bright on Jaeger-LeCoultre’s Calibre 101 once more. This year, the maison launches two new high jewellery watches, reaffirming the unique alliance between high jewellery and fine watchmaking, made possible by the exceptional Calibre 101 mechanism.

The Miniscule Marvel
At merely 14mm long, less than 5mm wide, and weighing barely one gram, the Calibre 101 revolutionised watchmaking when it was introduced in 1929. It is a remarkable feat in miniaturisation, especially since it was developed half a century before the advent of computer-aided design and production technology. Today, it enjoys the distinction of being the world’s smallest mechanical movement, as well as being one of the world’s oldest watch movements that continues to be in production. 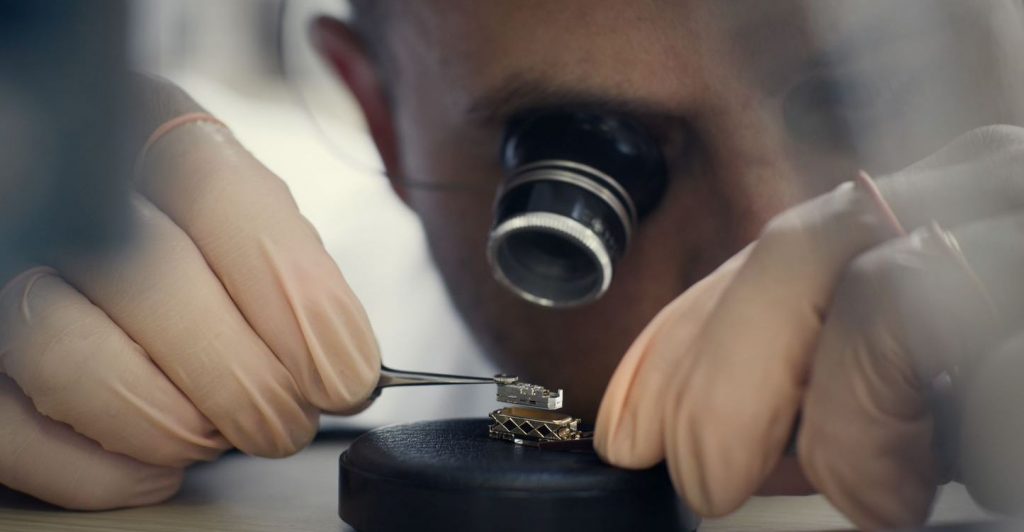 In addition to jewellery watches from Jaeger-LeCoultre, Calibre 101 has also been used in creations by other maisons. These rare timepieces have graced the wrists of some of the world’s most notable female figures, which include Queen Elizabeth II, who wore one during her coronation in 1953.

Because of the nature of its size, each of the components of the Calibre 101 must be custom-produced and adjusted – making each one incredibly unique. Only a handful of watchmakers at the Jaeger-LeCoultre Manufacture have mastered the skills necessary to produce and assemble movements at such a microscopic scale.

New Expressions of Femininity for 2020 Jaeger-LeCoultre’s artistic team took a jewellery-led approach for the two new diamond-set timepieces introduced this year. For the unfamiliar, designing a watch normally takes the opposite approach, which begins with the case and then creating bracelets or straps to complement it.

Therefore, the Calibre 101’s diminutive size gave way to creative freedom, allowing the watchmakers to first design the forms of the bracelets and the style of the gem-setting, followed by integrating the cases and movements into the designs. First there is the Snowdrop timepiece, which is inspired by the white, bell-shaped flowers that are able to grow through a thin layer of snow in the Vallee de Joux. Here, a circle of pear-shaped diamonds surrounds the dial, forming a flower, while waves of diamonds repeat the petal pattern in perfect symmetry all around the bracelet.

To make it seem like the diamonds are almost floating on the surface of the bracelet, the maison’s designers chose a ‘griffe’ setting for the diamonds, minimising the metal’s presence to allow light to pass through the stones from all angles. It is comprised of 904 diamonds, of which 204 are pear-shaped and the remainder brilliant-cut, for a total of 20.9 carats. 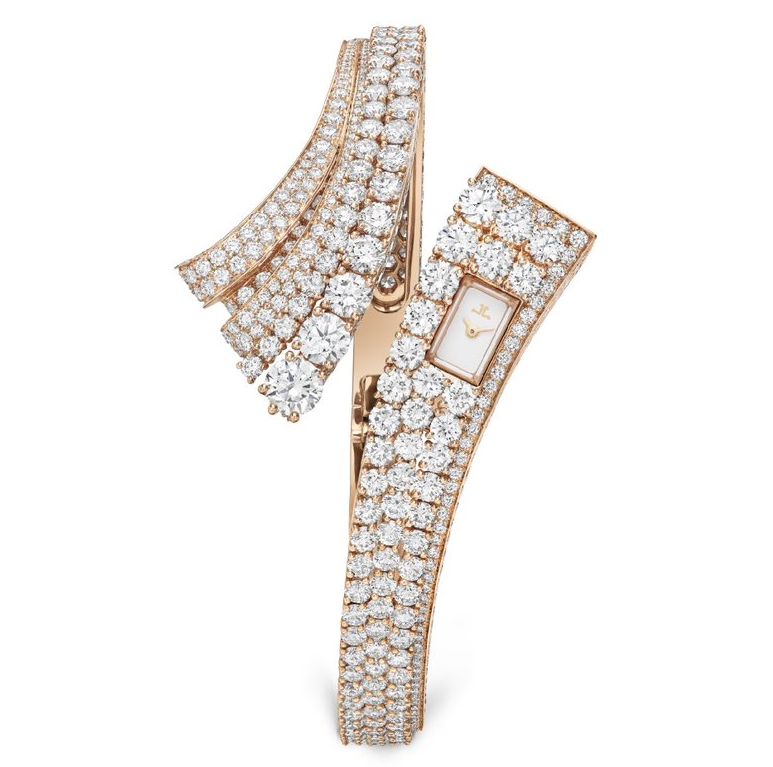 This is followed by the Bangle watch, which takes its design codes from the geometry of Art Deco, as well as the strong forms of 20th century Modernism. What results is a dynamic interplay of symmetry and asymmetry.

The bracelet is set with 996 brilliant-cut diamonds (totaling 19.7 carats). They are graduated in size to emphasise the sweeping curves of the design. In order to heighten the diamond’s 3D effect and maximise the play of light, the artisans combined the griffe (144 diamonds) and grain setting (852 diamonds) techniques. Finally, rows of grain-set diamonds highlight the gold bands that run along both sides of the bracelet, supporting its structure.