The Arab jewellery scene has been abuzz with new talent. We turn our gaze on three emerging brands and find out more about their inspirations and core collections.

Tales of Gems
Dubai-based Shaima Nasser finds inspiration for her jewellery in nature and art – varied patterns, colour palettes, and exotic shapes. For her fine jewellery label, Tales of Gems, she turns to masters in the industry to learn from “their amazing craftsmanship and creativity.” Fashion, too, pops up on her radar. “I examine different trends and the way fashion changes over time.”

Her childhood love of gems and jewellery prompted her take courses in diamond grading, gemstone grading, and jewellery design (at IGI). “Reading jewellery books is the biggest source of learning,” she adds. Shaima fuses antiquity and modernism to espouse her love of topaz rendered in 18k gold. “A trip to Sri Lanka sparked my love of topaz gems. I met a gemstone dealer, a good friend of mine, and bought some stones, including topaz. I later designed some pieces and people instantly fell in love with it.” 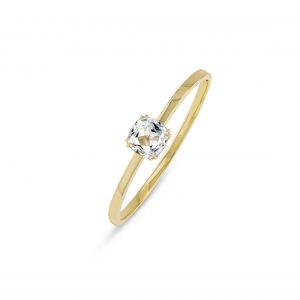 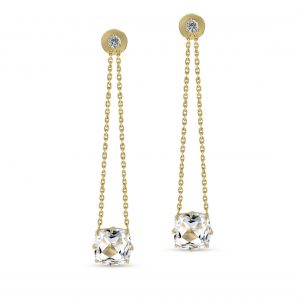 The initial creations set with topaz and RB diamonds were bought by family and friends. The designer uses an assortment of cuts like the Emerald, Asscher, Baguette, and Antique Cushion, to throw the spotlight on her favourite gems. Bangles, pendants, rings, earrings, and studs are the current offerings. Shaima works with craftsmen in Dubai, among them an artisan who she befriended at her jewellery course. She loves using yellow gold and feels it is the material that best enhances the beauty of topaz. “I plan to design new collections in different colours of gold and set with eye-catching gemstones.”

Muse Rawan
Rawan Alsehli has been passionate about design since she was 13. She followed her passion with a degree in fashion and accessories design. The self-taught Saudi designer has been on a mission to hone her skills since turning her attention to jewellery. A book on Sri Lanka and its stunning sapphires prompted Rawan to ask her father to take her there. “It was my first time ever in jewellery workshops and factories. I was like a kid in Disneyland.” The trip seeded the desire to start her own brand, Muse Rawan, which she launched in the last quarter of 2016. Unlike most designers, Rawan finds inspiration for her designs in complications and strangeness. She leans on “gold, strange, and precious stones” to realise her designs. Rawan’s novel Ohain pendants are inspired by the Ohain mountains, in the province of Hanakiyah, east of Medina. The mountain is known for its unique shape and features drawings of animals, plants and humans along with Thamudic inscriptions – all indicative of an ancient civilization. Her collaboration between artist, photographer, and explorer Moath Alofi is an ode to the richness of the desert, the beautiful rocks, inscriptions, and heritage of Saudi Arabia. The daily wearable Musnad script inspired pendants, explains the designer, symbolise an ancient language developed around 9th century BC. “It was used for writing the old South Arabian language and used in Arabia for a very long time.” 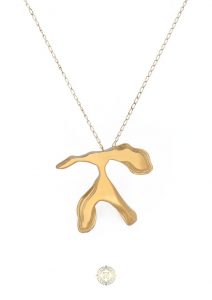 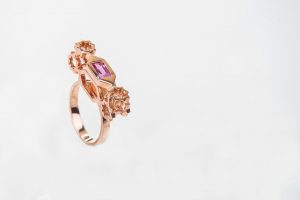 The Minaret earrings are adapted from the architectural silhouette of minarets, the multiplicity of layers, and different angles. “I changed the often-seen cylindrical shape to one that aligns better to the ear. Crescents too figure above the minarets of the mosques to indicate sanctity.” She drew on the repeated forms and the Islamic eight-pointed star, revisiting it in her own style. Architecture played a key role, in the form of the Prophet’s Mosque, for her Masjidi line. “I want to change the gold market that is replete with designs that have no art or life. So, I meld the art that I see and inspires me with my distinct vision for jewellery.”

Amira Karaouli Fine Jewelry
Born and raised in Gafsa (Tunisia), Amira Karouli initially studied dentistry in Romania. However, art had been an integral part of her childhood and was always inspired by her mother’s artistic talents. “My mother taught my sisters, brother, and I to draw and paint.” It helped that her uncles were in the jewellery business and owned stores and manufactories. Later, encouraged by her family, she dove into the world of jewellery. 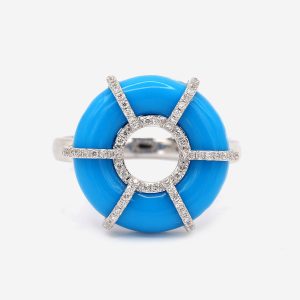 “I never studied design, but was always intrigued by stones, their meaning, and effect they have on one’s mood,” says Amira, who recently joined a school of jewellery. The Paris-based designer often uses Malachite in her jewels that are handmade in Dubai. “The stone is one of my favourites; it symbolises protection, serenity, and tenderness.” Natural diamonds and emeralds, along with specially-cut corals, turquoise, and mother-of-pearl feature in her 18k gold creations. The Bombay Shimmer collection, with its ear-cuffs and necklace, marries elements of Arabic and Indian culture, while the Versailles line explores “the beauty of the châteaux, infused with an Oriental touch”, and the Bosphorus collection reflects her fascination with Istanbul. Aspects of Tunisian culture and architecture regularly pop up in her work too. 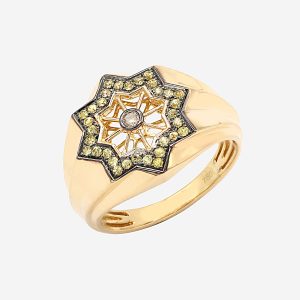 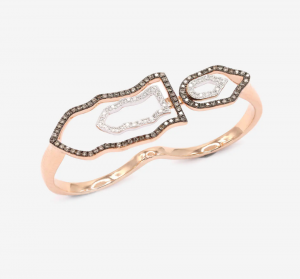 Amira’s Warrior Princess bangle is her best-seller – and profits from the sale of these pieces go toward improving the lives of women back home in Tunisia. “In the beginning, we helped women in my hometown, Gafsa, by paying for training programmes and helping them set up small projects.” Now the designer works with the association One Day, One Dream By Dorra. “The organisation takes care of poor children afflicted with heart disease and their mothers, who are in dire need of help.”