Wrap watches are secretive in nature, twirling around your wrist like a bracelet rather than a timepiece. Yet the time-telling component is hard to miss, unless hidden beneath a gemstone or precious metal. Watchmakers turn to their heritage to find inspiration for new watches, and the results are chic and trendy pieces — with a hint of the past. 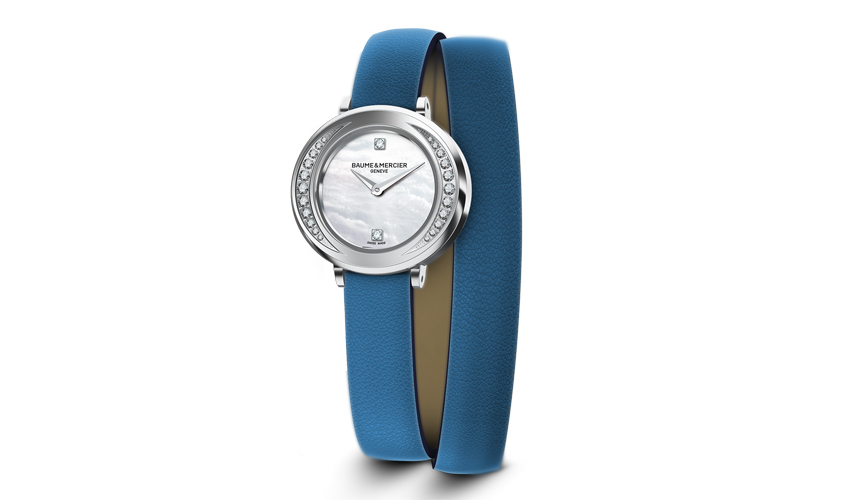 BAUME & MERCIER
Since the 1920s, Baume & Mercier had created watches that had the same quality — feminine, petite, and precious. The Promesse collection was launched in the 1970s and is continuously being reinvented. Case in point: Baume & Mercier’s latest Petite Promesse series that brings on femininity through a leather bracelet strap and a petite 22mm size. The timepiece is polished steel set with diamonds on the sides of the bezel, surrounding a mother-of-pearl dial. The blue leather strap promises to be a chic addition to your wardrobe. 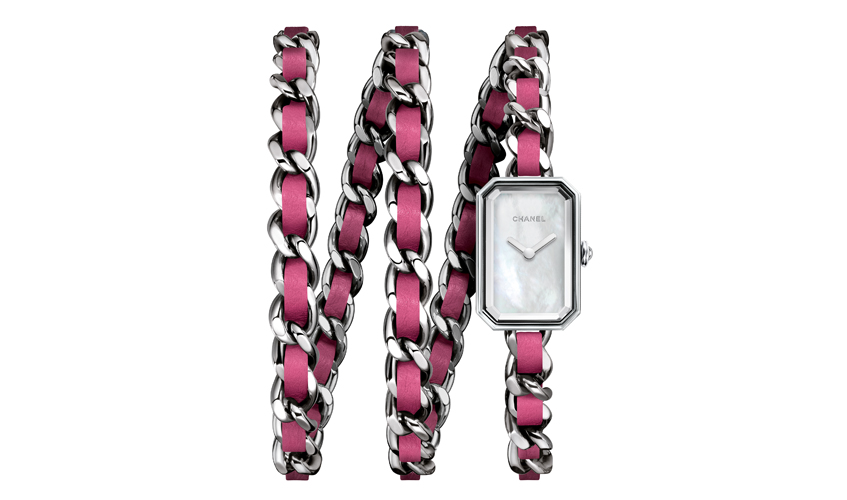 CHANEL
The Première Pop Rock is no divergent from Chanel and is instantly recognisable. The gold and silver metal straps can be found anywhere, so it came as no surprise that the Maison decided to reinterpret that into a watch. Drawing inspiration from their boutique in Place Vendome, the watch face is shaped into an octagon, and kept clean. The Première Pop Rock’s dial is made of mother of pearl and its bracelet is pink leather interwoven with three rows of steel. HARRY WINSTON
The legendary Hope diamond, a 45.52ct gemstone, is considered to be one of the largest deep blue diamonds. Harry Winston had once acquired it, then later donated to the Smithsonian Institute — but never forgotten about it. The deep blue lives on in the Maison’s creations throughout time — one of which is the Harry Winston Emerald timepiece, with the blue colour applied to its lacquered dial and satin straps. This white-gold rendition is set with 53 brilliant diamonds on its bezel and three diamonds on its dial. 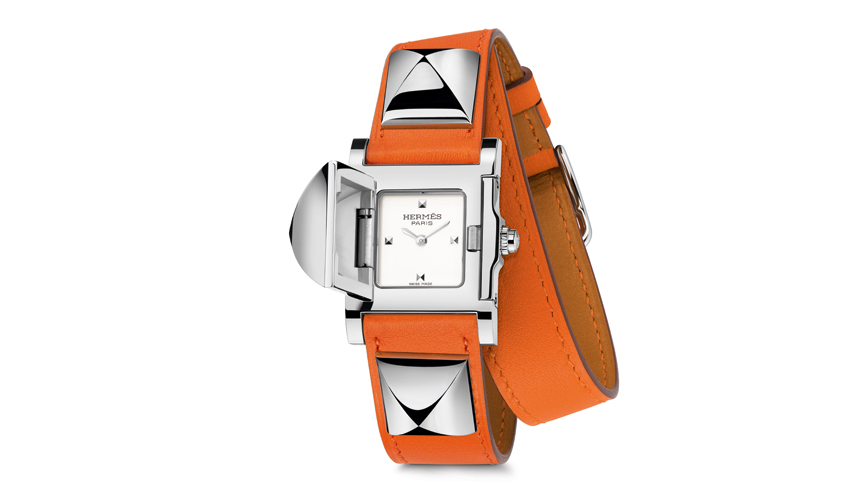 HERMES
Hermès’ history dates back to 1837, when its founder, Thierry Hermès, specialised in making leather harnesses and bridles for equines. From there, he branched out to making a dog collar, which became a belt first, then the Medor secret watch, as we now know. As it is also a bracelet, the double straps give the illusion of a chunkier wrist accessory. Together with the signature Clous de Paris pyramid studs in white gold, the secret watch is a punk accoutrement for those who dress on the edgy side.