Five jewellers give the best gifts that keep on giving

While stunning diamonds and colourful gemstones are always at the forefront of our glamorous industry, the behind-the-scene humanitarian facets are what make it more endearing. Many of the globally acclaimed jewellers believe in philanthropy, and each has their own ways of giving back to the society.

While some opt for jewellery sales for charity, others dedicate some portions of their profits for a particular charity that they support. Their ways may vary, but the goal is one and the same — to give back to society. From 1949 to 1953, Harry Winston’s “The Court of Jewels” exhibition toured across America, raising money for local charitable causes.
Image courtesy of Harry Winston

A dedicated philanthropist, Mr Harry Winston was known for supporting local communities and giving hope to those in need. His ways of giving back were unique just like his style of business.

Having acquired some rare diamonds, he wanted to educate the public more about precious gemstones. From 1949 to 1953, his “The Court of Jewels” exhibition toured across America, raising money for local charitable causes.

Continuing the good work, Nayla Hayek, CEO of Harry Winston, says, “Since 1932, philanthropy has remained a core value at Harry Winston. We honour this legacy with Harry Winston Brilliant Futures® Charitable Program, in support of outstanding programmes that are inspiring hope and changing people’s lives.” 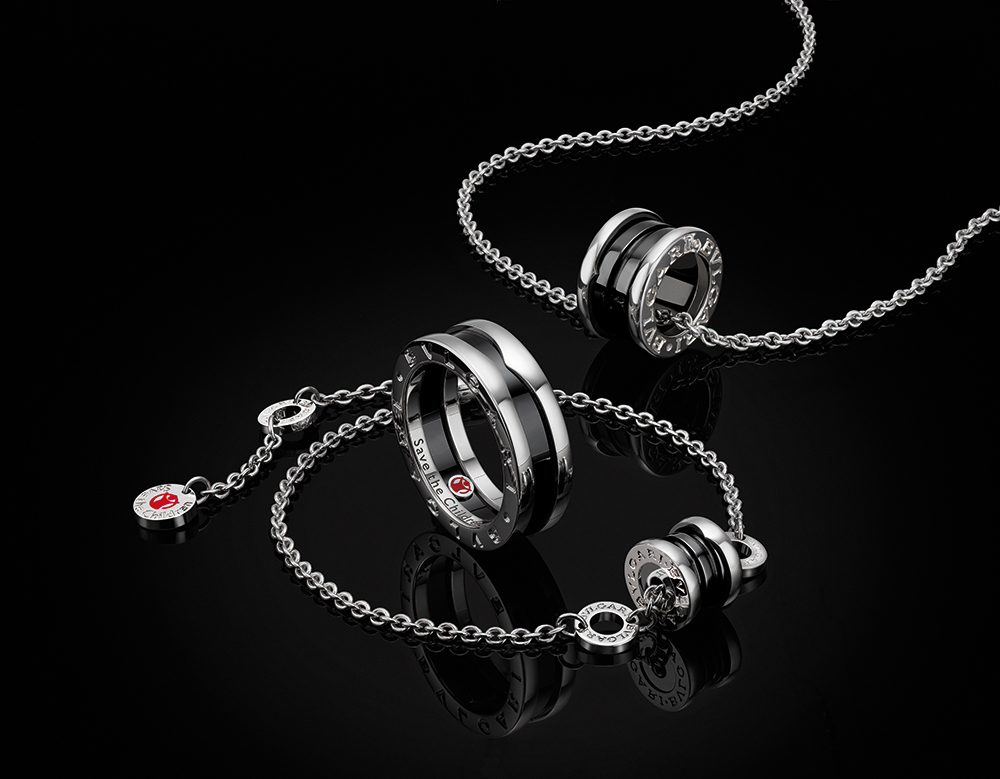 Save The Children jewellery, BVLGARI

Since 2009, Bvlgari and Save The Children have been transforming the lives of thousands of children at risk through programmes focused on education, youth empowerment, emergency assistance, and fighting poverty. To facilitate this cause, Bvlgari created a collection of three silver pieces, sales of which are used to fund the programmes. The duo have been supporting Syrian refugee children in Jordan since 2014, with a key focus on pre-school education in Za’atari and Azraq refugee camp, providing a protective and safe learning environment. 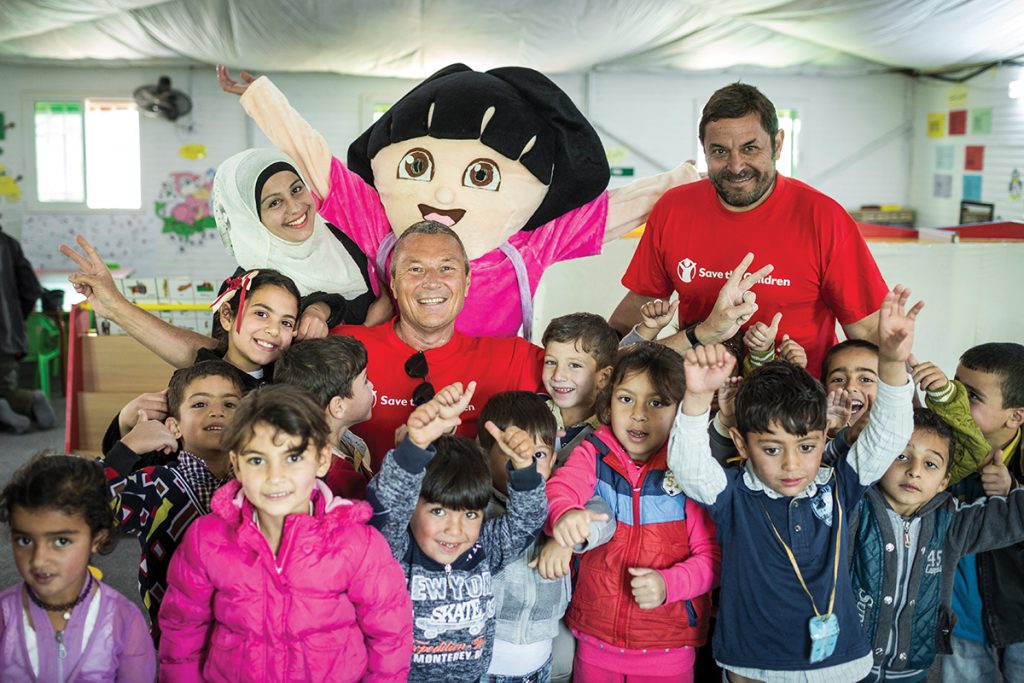 During his recent and first ever trip to Za’atari, Bvlgari CEO Jean-Christophe Babin was humbled by what he saw. “The Early Learning Centers and related human resources put in place in Za’atari by Bvlgari together with Save the Children allow thousands of young kids and their parents to benefit from inspiring coaching and support to shape a new and better life after the devastating ordeal they have experienced in recent years.” 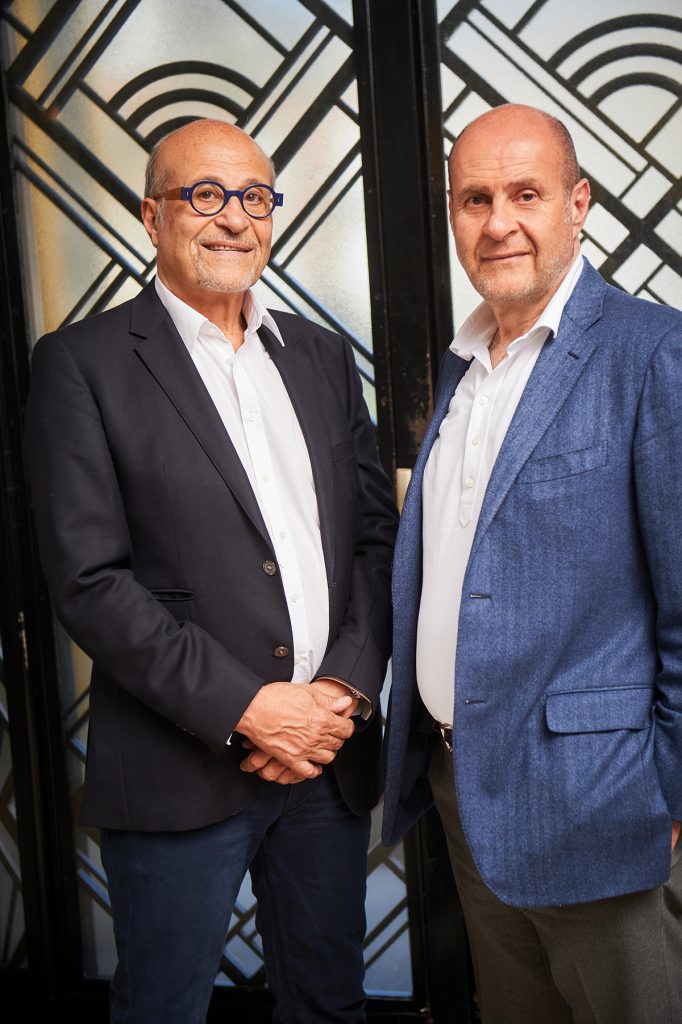 In order to help the younger generation, Robert Boghossian founded The Boghossian Foundation in 1992, which contributes to the development and education of the youth in Armenia and Lebanon. With such creative and design oriented jewellery that Boghossian offers, there was a natural leaning towards spreading a better understanding about art and culture of the East and the West. In 2010, the sons, Jean and Albert, shaped the Foundation in a new way by reopening the doors of the Art Deco architectural heritage, Villa Empain, to the public. It is now a centre of art where rich, artistic programmes and unique activities are hosted all year round. “With the Villa Empain, we have opened a cultural platform which reflects our values. We have chosen a universal language, that of artistic expression, and we bring together artists, writers, musicians, journalists from the Eastern and Western cultures,” shares Albert. The 28.70ct diamond ring with D colour and VVS2 clarity, which led Christie’s charitable auction, titled “Property from the Estate of Lee Vandervelde”, in New York on 5 December

The auction house known for breaking and setting records for some of the most expensive gems and jewellery sold in the world is not always about churning numbers. They often auction collections with charitable components, the most recent and notable of which was the selection from ‘The Collection of Peggy and David Rockefeller’, auctioned in June 2018. Various philanthropies that Rockefellers supported in their lifetime benefitted from the sale proceeds.

A selection of the Christies Magnificent Jewels sale on December 5 in New York was also for charitable causes. Titled ‘Property from the Estate of Lee Vandervelde’, the auction sale was led by a D Colour Diamond Ring of 28.70 carats, VVS2 clarity, Type IIa, sold to benefit the Children’s Hospital and Children’s Institute, Los Angeles. 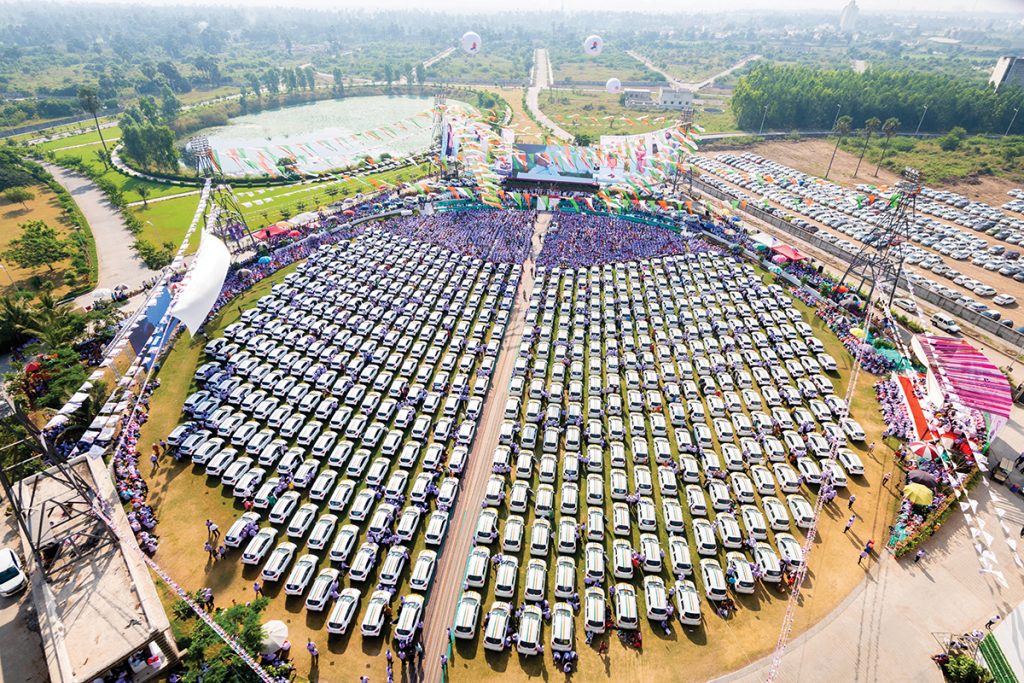 The loyalty bonus programme named ‘Skill India Incentive Ceremony’ by one of the leading Indian diamond manufacturers, Hari Krishna Exports Pvt. Ltd., has been making headlines every Diwali for a few years now. This year, over 1,700 diamond artists and engineers were rewarded with cards and fixed deposits by the HK Group this Diwali. Three employees were also recently gifted a Mercedes car each for completing 25 years of service.

Savji Dholakia, Founder and Chairman, believes that employees are the foundation to a strong and long-running organisation. “We truly value and admire the hard work of our employees and we wanted to express our gratitude towards their proficiency and enthusiasm. SIIC will encourage and motivate our employees to work with same synergy in future.’’ 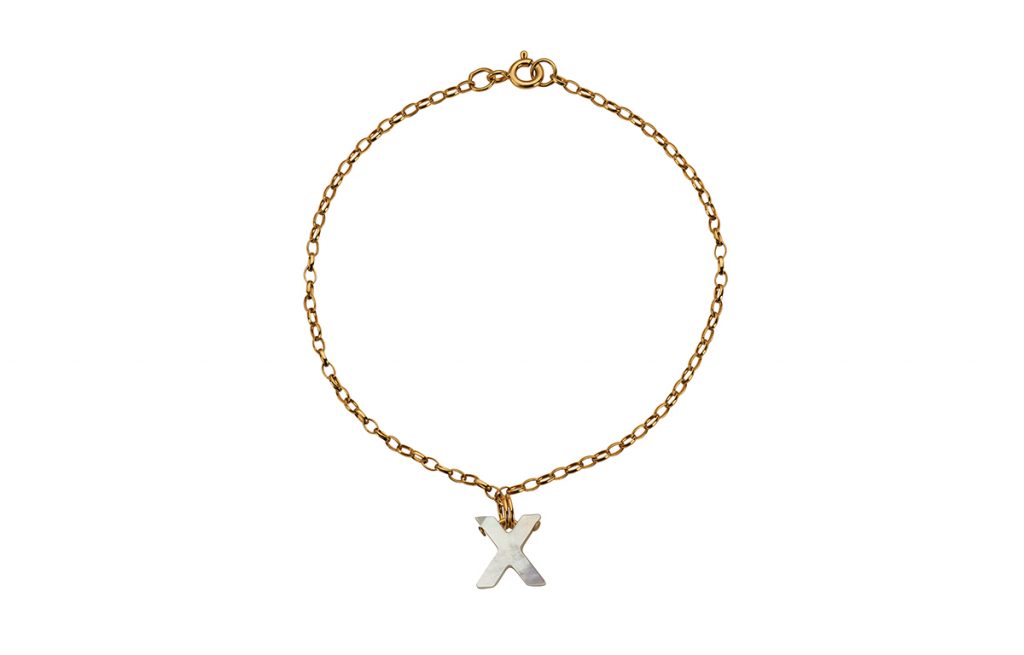 You don’t always need to be a billion dollar company to give back to the society, and Tessa Packard proved just that. In collaboration with the National Osteoporosis Society, Packard has launched the Alphabet Bracelet, with 20% of the proceeds going directly to the charity. The collaboration will run for one year, aiming to raise as much money and awareness on osteoporosis.

“It is always a privilege to be asked to design a piece of jewellery for any client, let alone one that is supporting and pioneering groundbreaking research to better the lives of so many. I am genuinely so excited to be collaborating with this brilliant charity and very much hope that Tessa Packard London can make a small difference in the fight against this condition”, shares Packard.