A look through the most glamorous century in fashion

The 20th century was, indeed, the “Century of the Designer”. The significant influence of Charles Frederick Worth, the father of haute couture who founded his house in 1858, continued on to set fashion as an undisputed trend in the last century and until today.

Fashion trends have affected every facet of society since the 1900s with the “Gibson Girl” and her high collars, embroidered sleeves and flaring skirts. Madeleine Vionnet introduced the groundbreaking bias cut in the 1910s, while the Roaring Twenties were about flapper dresses.

The 1930s saw the rise of powerful women designers, such as Madame Grès, Maggy Rouff, and Nina Ricci. But it was the great rivalry between the shocking, avant-garde Surrealist Elsa Schiaparelli and the classic and iconic Coco Chanel that changed fashion into a business. 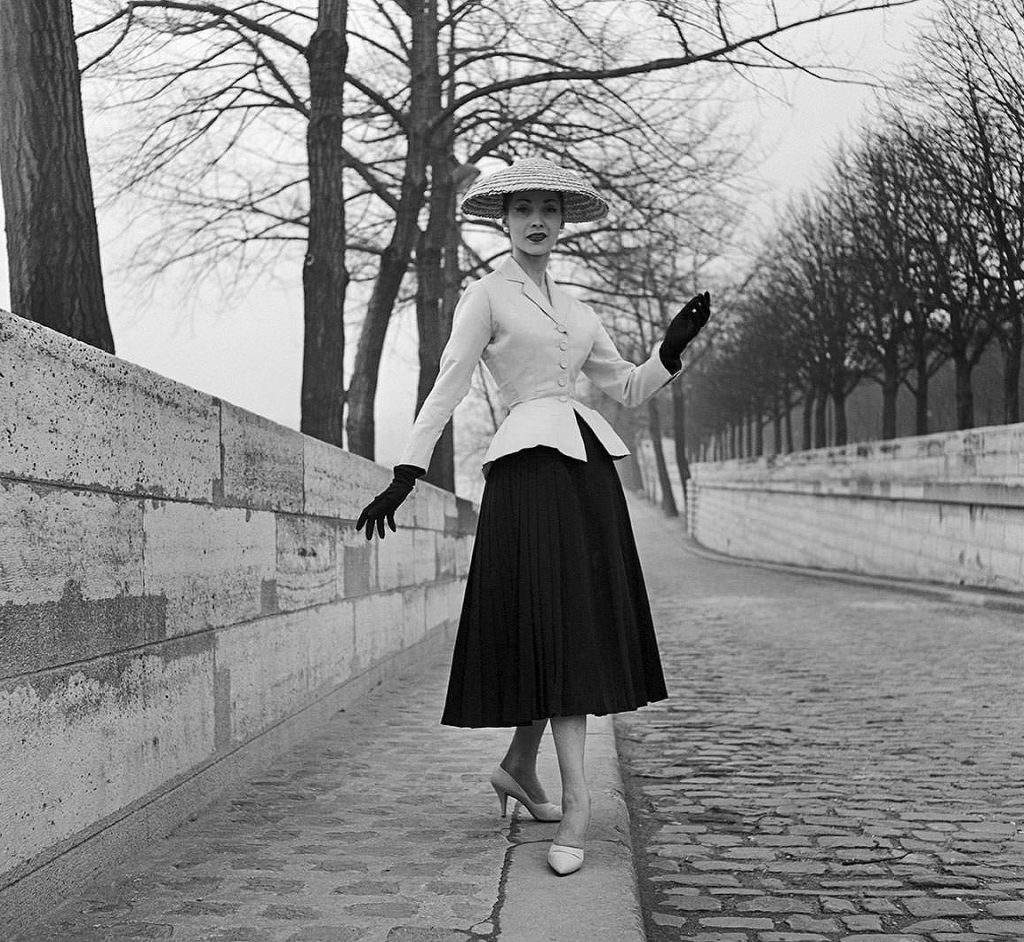 The following decades, though, were dominated by men: Jacques Fath, Louis Féraud, Pierre Balmain, Hubert de Givenchy, and Valentino. But the biggest names that changed fashion history were the Spanish Cristóbal Balenciaga and the French Christian Dior. They set trends that still resonate to this day.

In 1947, Dior unveiled the ‘New Look’, which was actually a throwback to the Belle Epoque. “I wanted my dresses to be ‘constructed,’ moulded on the curves of the female body whose contours they would stylise. I accentuated the waist, the volume of the hips. I emphasised the bust. In order to give my dresses more hold, I had nearly all the fabrics lined with percale or taffeta, renewing a tradition that had long been abandoned.” 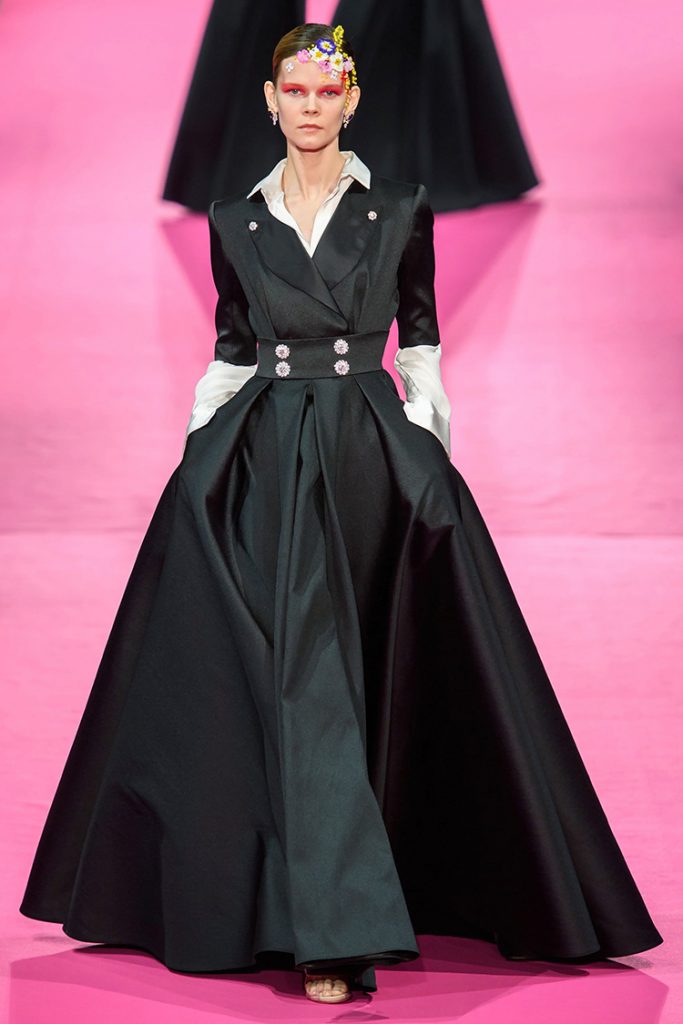 For Spring 2019 Couture, Alexis Mabille adhered to Dior’s dictum of women as sex objects by creating dresses that attract the male gaze.

While Dior was the darling of the media, the real innovator of their time was Balenciaga. André Courrèges, Givenchy, Chanel, and Emmanuel Ungaro all considered him ‘The Master’. He is credited with collarless blouses as well as the chemise, balloon, sack (precursor to the ‘60s mini-dress) and tunic silhouettes.

A design from the Giambattista Valli Spring 2019 Ready To Wear collection was undoubtedly inspired by a 1958 baby-doll evening dress, another Balenciaga theme of abstracting the body. 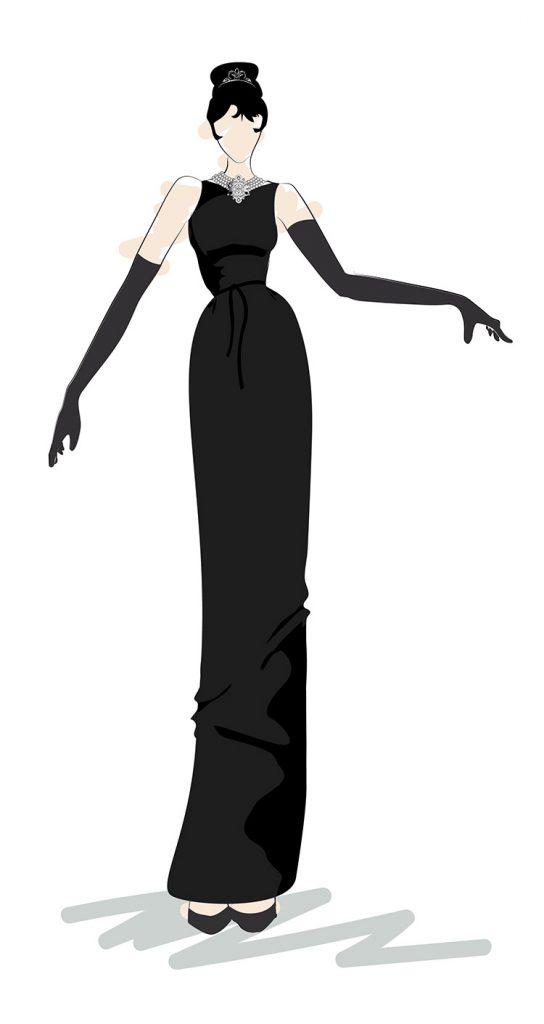 There’s a rule of fashion that every woman must own a ‘little black dress’, a wardrobe staple that Vogue says is “a sort of uniform for all women of taste”. Chanel may have introduced the LBD in 1926, a crêpe de Chine dress with long narrow sleeves, but it was Givenchy that immortalised it with the simple sheath dress that Audrey Hepburn wore in the film Breakfast at Tiffany’s in 1961. 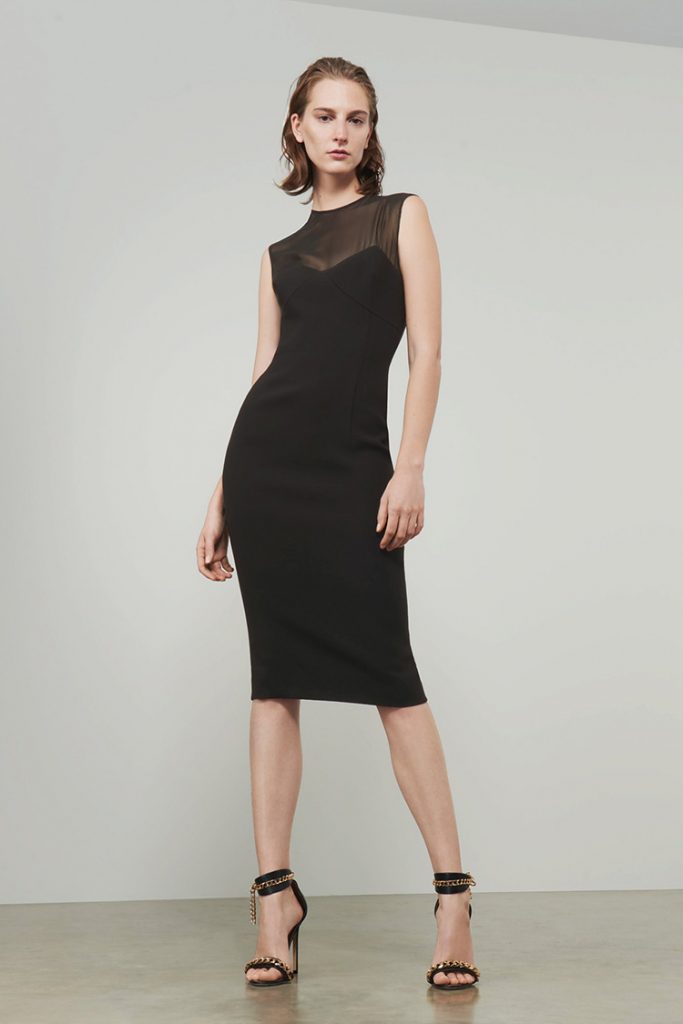 The Duchess of Windsor preferred LBDs, while tragic chanteuses Edith Piaf and Judy Garland dressed in them for performances. In 1994, the LBD cemented its stylish place with Lady Diana’s ‘revenge dress’, a black Christina Stambolian form-fitting, off-the-shoulder outfit and Elizabeth Hurley’s ‘safety-pin dress’ from Versace Spring 1994, which Donatella revived for Pre-Fall 2019.

As Posh Spice, Victoria Adams further popularised the LBD. And as Victoria Beckham, the most credible pop singer-turned-designer, she unleashed her LBD version for her age-inclusive Spring 2019 Ready To Wear collection. 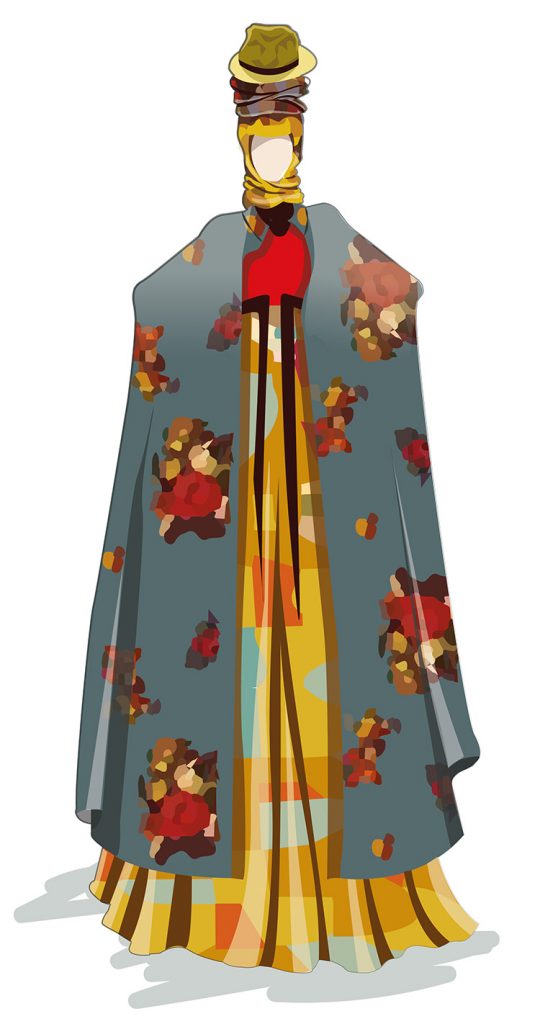 Kenzo led the Japanese invasion of Paris, paving the way for Miyake, Yamamoto, Mori, and Kawakubo. With his Oriental background, love for travel to exotic places, and French fashion school education, his global outlook in fashion is still in vogue today. He is credited with putting the flower in ‘flower power’, the East greets West aesthetic, opulent textiles, unstructured cuts, and exuberant, breezy prints. 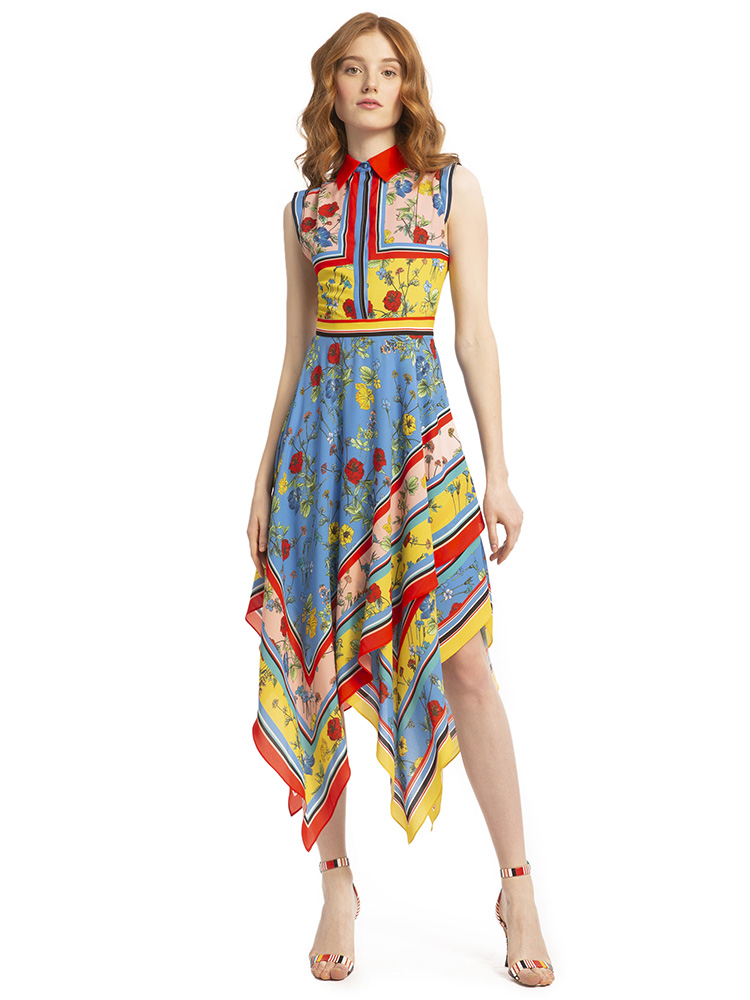 His energy, imagination, and eclecticism epitomised the 1970s movement of harmonizing cultural influences rather than cultural appropriation. A similar vibe was felt at the Spring 2019 Ready-to-Wear collection of Alice + Olivia. Designer Stacey Bendet used her travels as inspiration to create wildly printed dresses for the jet-setter, the same customer that Kenzo attracts. 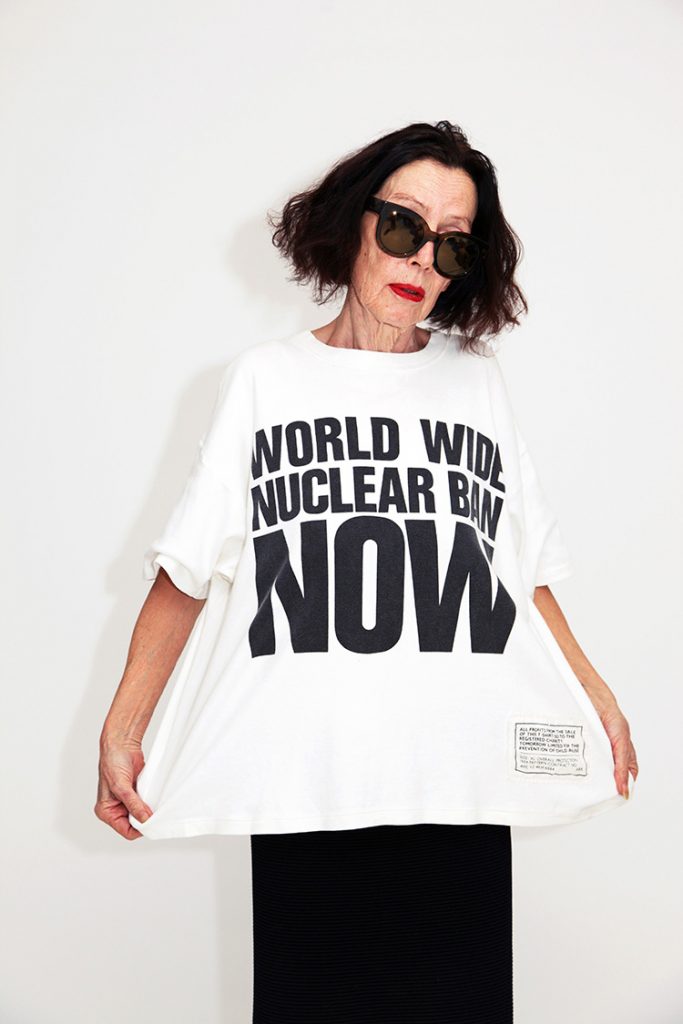 This was the ‘Gimme Decade’ of Eighties Excess, of ‘work hard play hard’ and ‘dress for success’ focused on earning money and spending it, most likely on Christian Lacroix’s neobaroque ball gowns, Armani suits, CK jeans, or Azzedine Alaïa’s curvaceous creations.

Yet Style in this era also became a political statement, as fashion became a form of expression on raging issues, with the British nonconformist — and ecologist before it was fashionable — Katharine Hamnett becoming the de facto spokesperson. Her 1984 collection was called ‘Choose Life’. Her T-shirts were emblazoned with slogans such as “Vote Tactically”, “Sanction China”, “Stop Acid Rain,” “Clean Up or Die”, and “Save the Sea”. In a 1984 meeting with Prime Minister Margaret Thatcher, she wore a dress printed with “58% Don’t Want Pershing”.

“A million T-shirts later, I’ve come to the conclusion that to really alter things — from climate change to women’s rights — we need legislation,” Hamnett wrote in The Guardian in 2018. “I think if we up our game now and use the power of our vote, we can still change the way things are. Political T-shirts are a start. The tragedy is that they are even more relevant now than they were when I started making them, 39 years ago.” 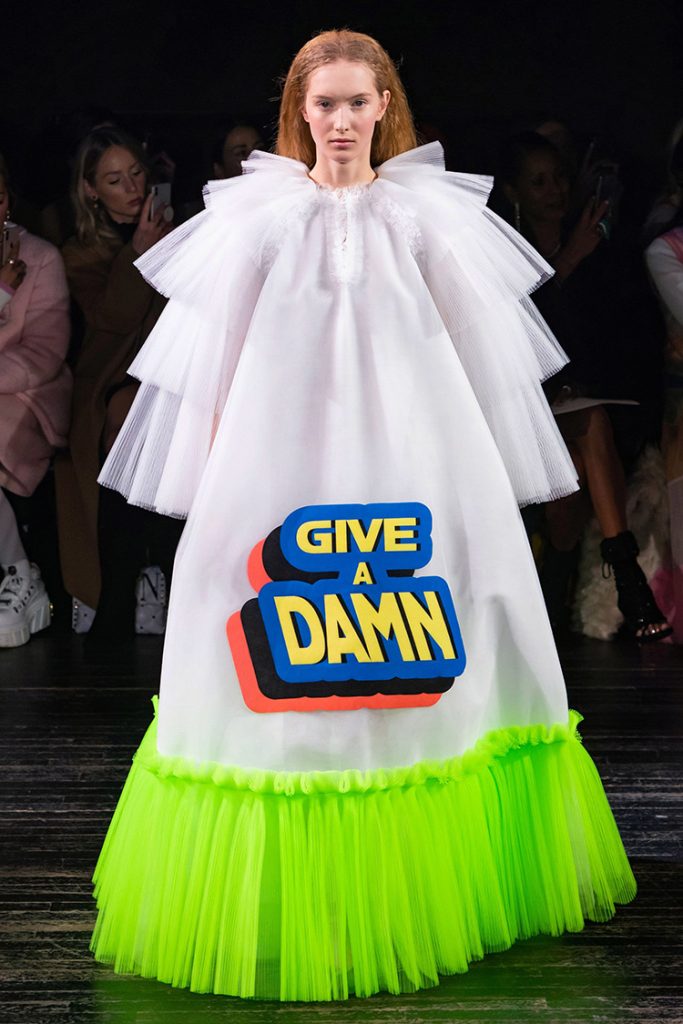 For Spring Couture 2019, Viktor & Rolf heeded Hamnett’s plea. The Dutch duo aptly titled their collection Fashion Statements. In an outsize dress of white and trimmed in fluorescent green tulle, the message for climate change is clear: “Give A Damn”.

The supermodels were more glamorous than the movie stars, and minimalism was the norm. Then came Tom Ford, who revitalised the near financially ruined House of Gucci. For Fall/Winter 1996, Ford showed his most celebrated collection, the provocative one with the slinky white jersey gowns with cut-outs.

It was a nod to the hedonism of the 1970s, when Halston and Elsa Peretti ruled the scene, and it is Ford’s indelible legacy to fashion. So, naturally, to kick off New York Fashion Week Fall/Winter 2019, Ford referenced this legendary Gucci show, hoping it would have the same impact as in the ‘90s. 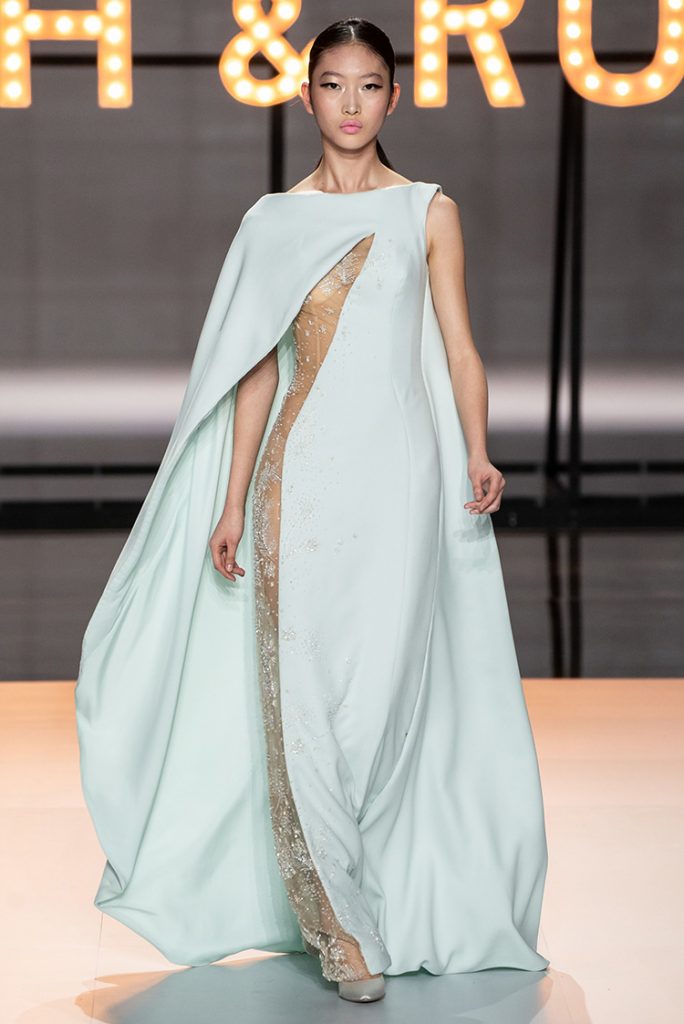