THE RUMA IS KL'S HOST WITH THE MOST | Solitaire Magazine
© Media Group Pte Ltd. All Rights Reserved.

The RuMa Hotel & Residences in Kuala Lumpur boasts a new approach to luxury – one that does away with the unnecessary flash, focusing instead on what matters most: The guest 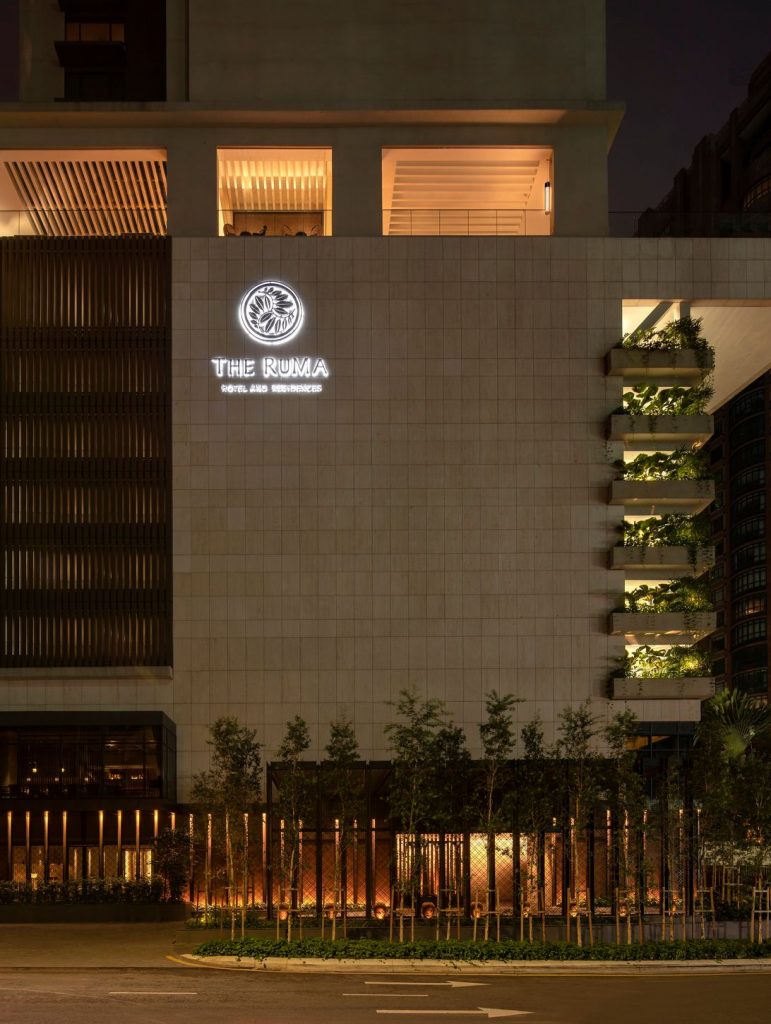 It’s a scenario painfully familiar for most frequent travellers: You take a red eye or early morning flight and reach your destination earlier than expected. You’re tired and slightly out of sorts, and all you really want to do is check in at the hotel, leave your luggage, and freshen up. Unfortunately, front desk informs you that rooms won’t be ready until 3PM. Your heart sinks a little, so you reluctantly leave your suitcase behind and proceed to wander around aimlessly until your room is finally ready.

While this mild inconvenience is common a common occurrence, The RuMa Hotel & Residences in Kuala Lumpur argues that this shouldn’t be the case. By taking its cue from the word rumah, which is Malay for “home”, the property assures guests that genuine hospitality is at its core. 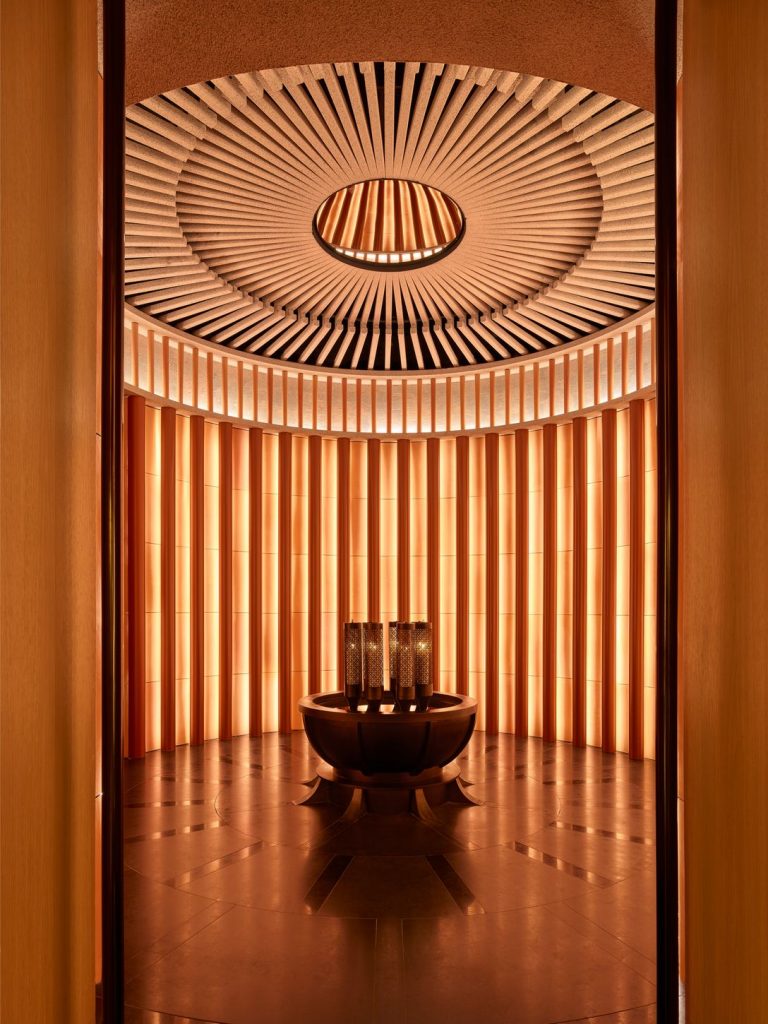 Opened in late 2018, The RuMa is a luxury hotel by Urban Resorts Concepts, the company that brought us the celebrated The PuLi Hotel and Spa in Shanghai. While the property is centrally located in the heart of Kuala Lumpur’s Golden Triangle, it is tucked away in a quiet tree-lined street, adding to its homey feel. As soon as guests enter, they’ll immediately feel that they’ve entered a world that revolves around them.

Guests don’t have to worry about late afternoon check-in timings here because at The RuMa, they are welcomed exactly as an accomplished host would, starting with the effortless 24-hour check-in and check-out service. All-day butler service is also available for select suites, while guestrooms boast a complimentary, fully stocked mini-bar. While these touchpoints are far from being grand gestures, they make all the difference and are rooted in the culture of “hostmanship” – an experience that is authentic and intuitive.

Touches of the local culture are also found throughout The RuMa, starting with the picture-perfect entrance, inspired by birdcages that once held canaries used to check gas leakages in mines. The dramatic recreation of the birdcage is made from interlaced glazed and non-glazed terracotta, circling a handcrafted bronze water fountain.

Malaysia’s mining past is also referenced in the lobby, dominated by a grand double staircase that appears to drill through the copper tiled ceiling. Taking centre stage is a golden kebaya designed by local designer Bernard Chandran.

Meanwhile, the hotel rooms are given a minimal and modern tropical feel through the liberal use of wood, rattan headboards, textured fabrics, and neutral colour schemes. The corner Deluxe Suite is most impressive and features a living area that’s decorated with sculptural light fixtures, a small dining area, and a lounger perfect for lazing around. Further inside, a spacious, comfortable bed anchors the space, while large windows beautifully frame the bustling city and the majestic Petronas towers next door. 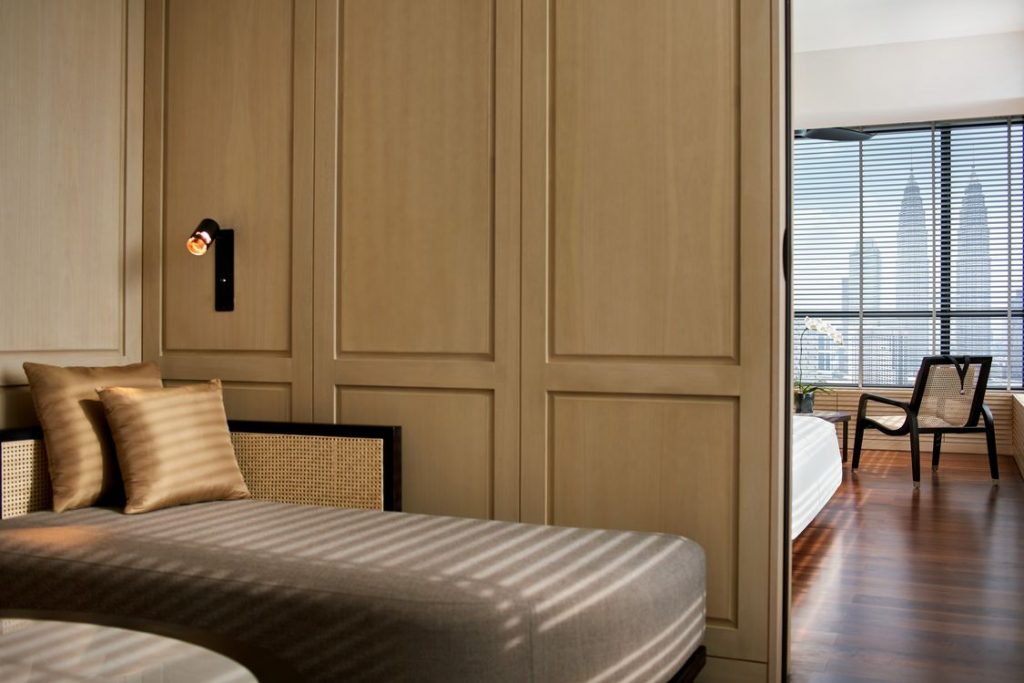 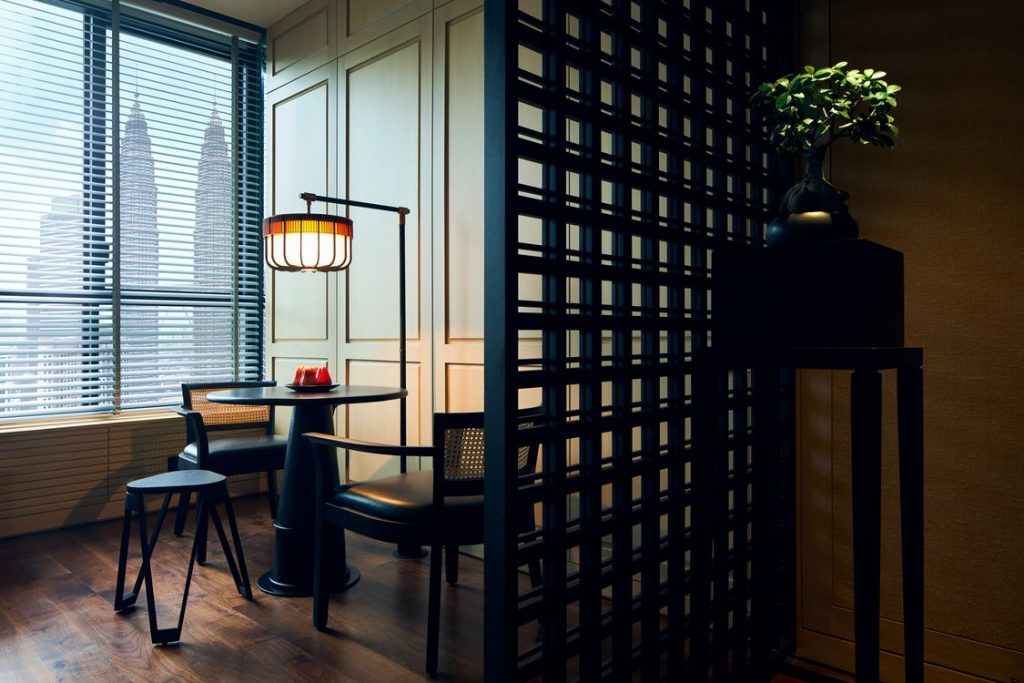 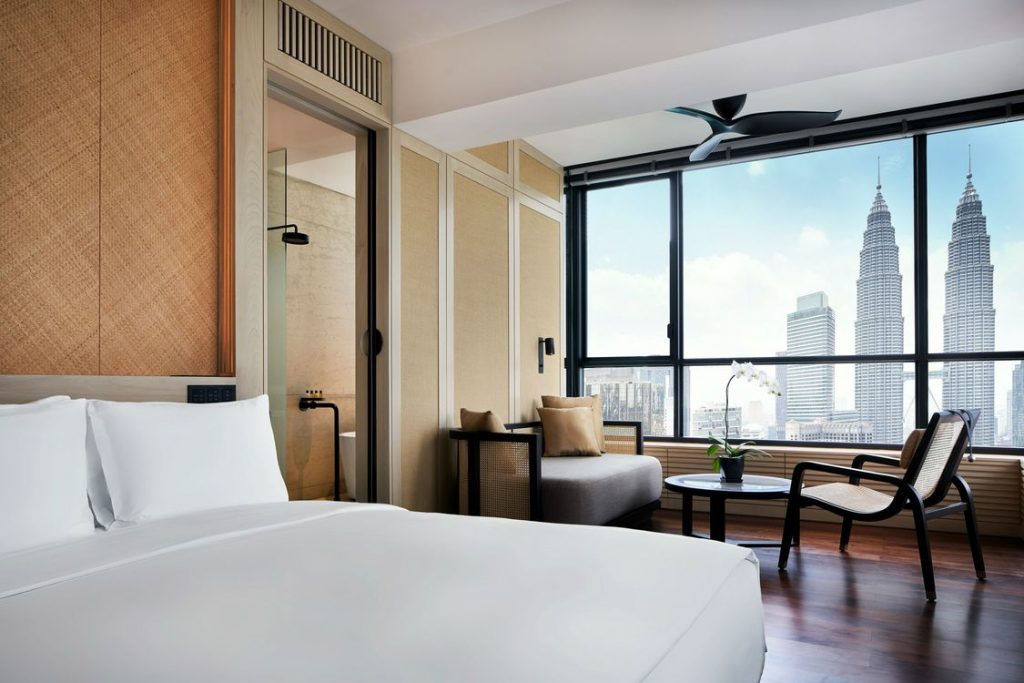 One could say that a stay at The RuMa, whether over a week or a weekend, is akin to a restorative retreat. More than a hotel, it is a sanctuary that aims to make every guest feel at ease with a combination of features that allows it to stand out from the myriad hotels in the Malaysian capital – from genuine, unobtrusive service and culturally driven aesthetics to the refreshing and inimitable concept of hostmanship.