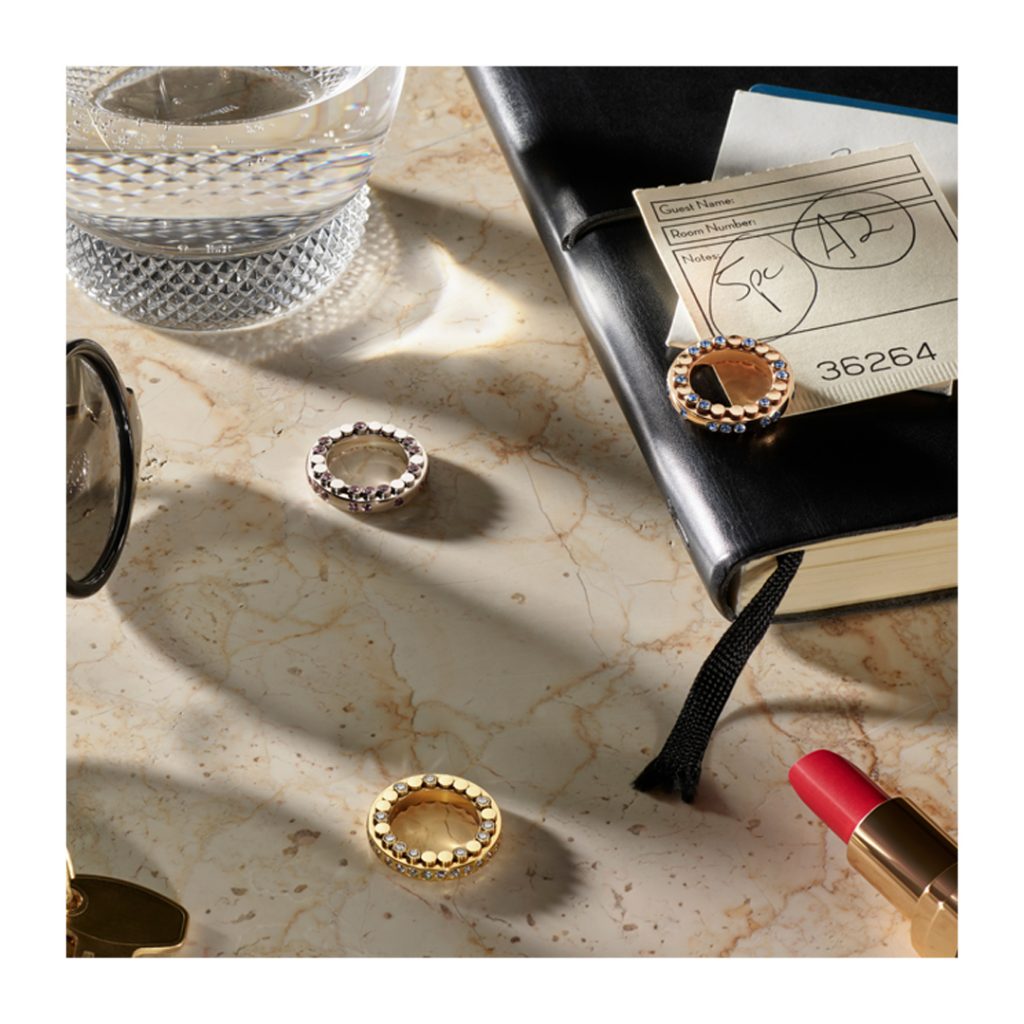 Here’s the backstory: The original Dizzler jewels by Bucherer were created in 1997 by an in-house designer. Turns out, he was inspired by his keen observation of how people in a waiting room absentmindedly twirled their rings while daydreaming. This sparked a novel idea – “to create a ring that incorporated the playful and imaginative powers of its wearer.” The designer took his imagination a tad further with a ring that can actually be turned. This added functionality and the brand christening the collection ‘Dizzler,’ borrowed from the word ‘dizzy.’ 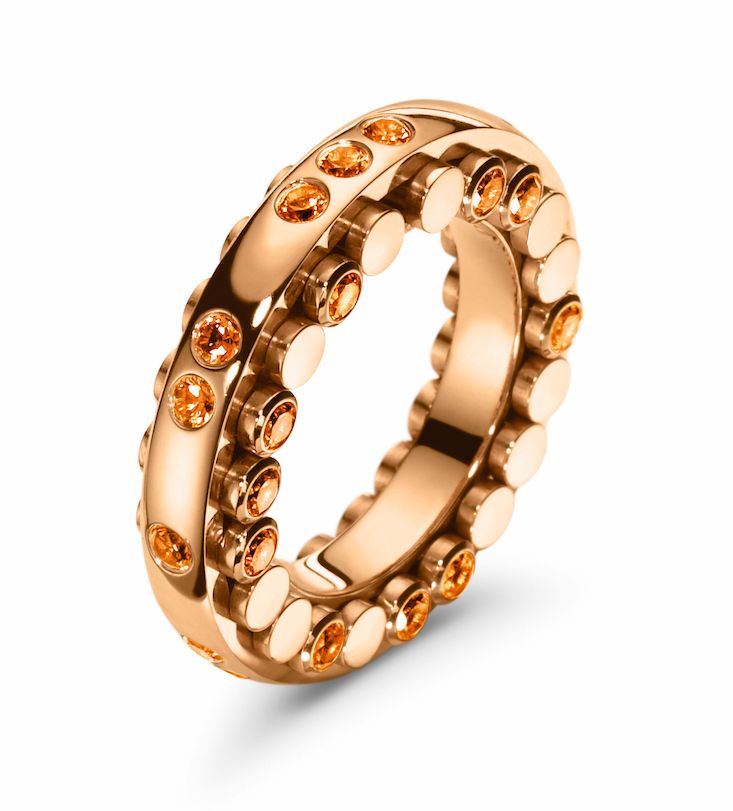 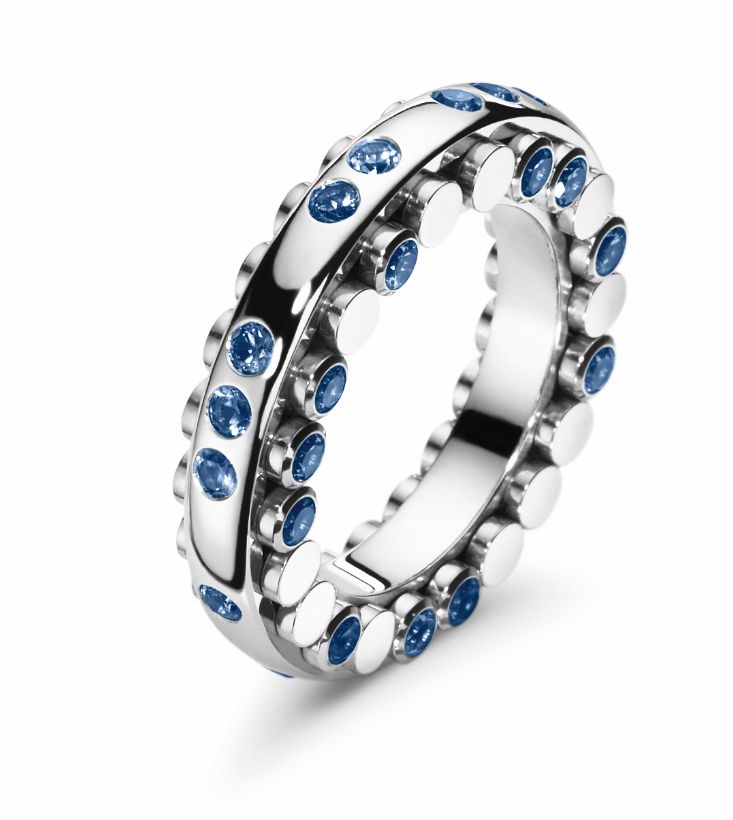 For this season, Bucherer’s new Dizzler collection rings, in 18k yellow, rose, and white gold, are set with diamonds and sapphires in colours like blue, black, pink, orange, and violet. The Dizzler line, with its special rotating function, has two rings skillfully merged together. These can be rotated in opposite directions as the jewellers have placed rollers crafted from precious metal between the inner and outer rings. This playful movement creates a fascinating interplay of colours, as the rings spin on their axis.